Makeup Artists Want You to Stop Buying This Highlighter

At some point during the past three or four years, the beauty community underwent a collective hypnosis resulting in the belief that when it comes to highlighter, there's no such thing as "too sparkly." To describe their ideal highlighters, beauty lovers the world over have used words such as "blinding," "alien-gelic," and "I want to be seen from space." Some beauty YouTubers have gone so far as to attempt creating an entire face of makeup using only highlighters.

To meet these wild demands, the market has released dozens of over-the-top glittery highlighting powders, only further fueling the international obsession. Products such as the "rainbow" highlighter and Pat McGrath's Skin Fetish 003 have proverbially broken the internet.

Interestingly, however, while makeup consumers clamor to find the most extreme highlighter available, professional makeup artists don't buy into the hype. According to celebrity makeup artists Aidan Keogh and Suzy Gerstein of Honey Artists, the frenzy over powder highlighter is actually quite misguided. The problem? These highlighters look distractingly unnatural, especially for daytime wear. They just "sit on top of your face ... like a glittery Nike swoosh," says Gerstein. "Not flattering in most light."

However, there is one brand of highlighter that several top makeup artists have separately told us is their hands-down favorite: RMS Beauty. Keep scrolling to learn why makeup artists prefer the RMS version to any other highlighter on the market! 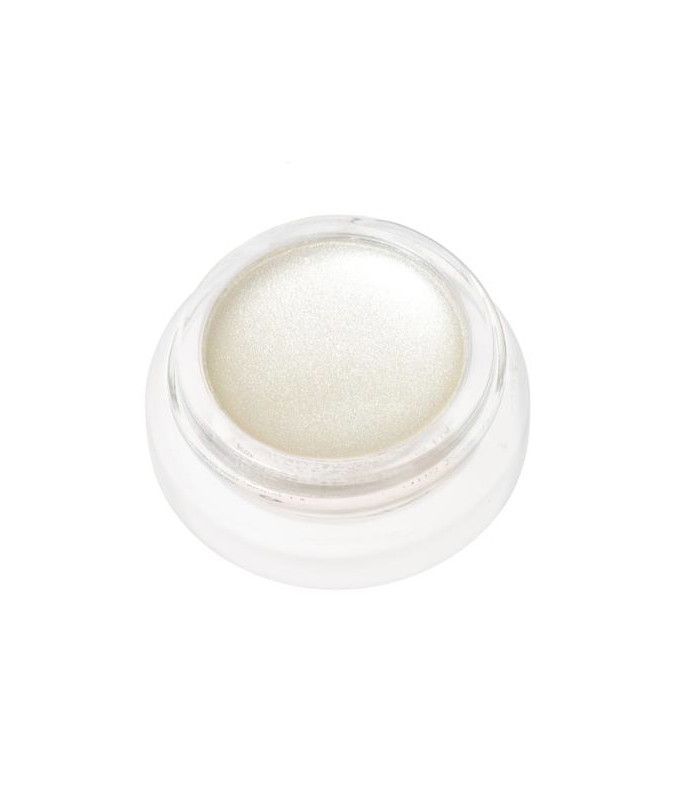 Keogh is Kendall Jenner's go-to makeup artist in New York City, and he says that out of all the highlighters he's tried, RMS's illuminator ($38) is his favorite. "It's creamy and photographs so beautifully," he says. Gerstein agrees that RMS's creamy, blendable highlighter is something special. "Rose-Marie Swift is coming out with a nude version of her luminizer that could be a great swap because it looks like skin and melts in," she says. "It's more light reflective than shimmery ... and looks believable in direct sunlight."

Beauty editors also love RMS's matchless formula. "It has a base of coconut and castor oils, so it really melts into your skin for a natural-looking dewiness," says Byrdie news editor Victoria Hoff. "I prefer a subtle, pearlescent finish over anything glittery or 'wet-looking,' and Rose-Marie Swift had those same requirements in mind when she created this product."