Roller Eyeliners: Are They Worth the Hype?

I'll admit that my standard approach to eyeliner is pretty linear. In fact, even something as seemingly unintimidating as a cat-eye stamp was enough to make me nervous. After all, I'm a staunch believer in the age-old phrase: If it ain't broke, don't fix it. (And yes, my inner grammar nerd just died a little.)

Anyway, as it so happens, I have been perfectly happy with my current liquid eyeliner routine, which has been a quintessential part of my daily routine for years now. My favorite eyeliner pen and I are in a happy, monogamous, and loyal relationship. That being said, a huge part of my job is testing all the newest products and makeup innovations, and even if I'm skeptical of a somewhat abstract concept like Revlon's Eyeliner Roller, my interest will still be undeniably piqued. Could an eyeliner pen that resembled the likes of my beloved pizza cutter (sans oozing sauce and cheese) really take the place of my go-to eyeliner? Or more basic than that, would it even work? To see if the trend was all hype, I not only tested out Revlon's eyeliner roller but the MAC and Nudestix iterations as well. All's fair in the game of love and war, right? So to see which of the three I'd like the best, I put them to the test. Keep reading for my reviews of each of the three eyeliner rollers below. 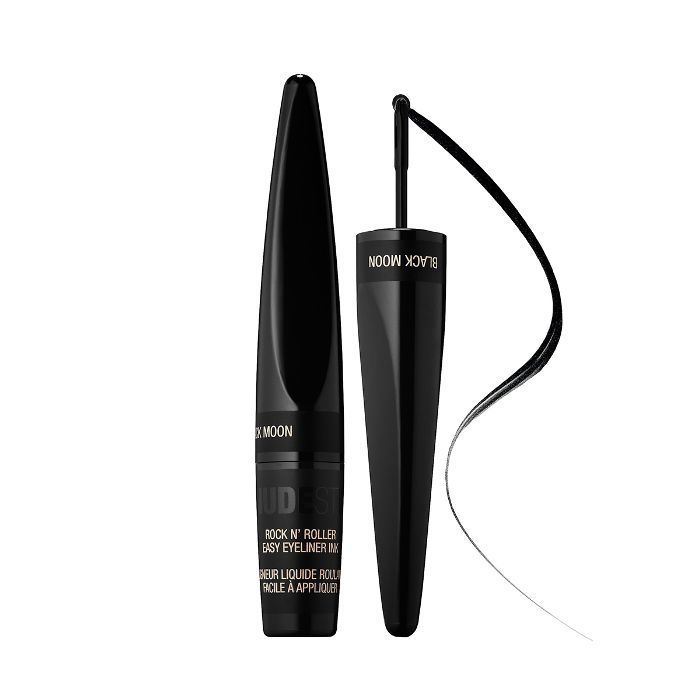 To be 100 percent transparent, this is the first rolling eyeliner product that came across my desk, and it's also the one I loved the most. There. I said it. Initially, I was skeptical because it's even a touch more expensive than my favorite liquid liner (Stila's Stay All Day Waterproof Liquid Eyeliner, $22) which honestly, already feels like a bit of an investment for an eyeliner. So although I was mentally unprepared to like this newfangled oddity by Nudestix, I fell under its spell almost immediately. Not only was the color a super-saturated shade of black (just how I like my eyeliner), it also applied so smoothly. Like velvet. My liner looked crisp and clean, two adjectives I never thought possible while using the rolling liner method. (The concept just seems like it would be unwieldy.)

Interestingly, I also found the design easier to create curves and swoops with—therefore making customizable drama virtually effortless. Last, but certainly not least, the formula dried matte, stayed put all day (this is a biggie for me), and didn't irritate my eyes (again, another biggie.) Overall, I'm hooked and this will be a regular in my product arsenal.

Considering the hype surrounding MAC's version of the eyeliner roller, I was pretty excited to try this one. First spotted during fall fashion week (where dramatic and graphic eyeliner looks are par for the course) I was interested to see if it would be as easy to use as the Nudestix version. And even though some reviewers have been vocal that the rolling method is difficult to maneuver, I found this one on par with the Nudestix. However, I will point out that I'm fairly dextrous, have a natural knack for applying liquid liner, have a steady hand, and like to pull my skin as taught as possible while I apply—a pivotal tip that's paramount for success.

It's also worth pointing out that the basic design between all three of these eyeliner rollers is practically identical. It's the actual formula, color, and durability of the formulas that differ. And coming from someone who has never been a huge fan of MAC's liquid liners (again, just being honest) I found the same to be true with this product. Though I tried the bold royal blue (which is sadly sold out right now) I wished the color had a little more depth and a little more staying power. The formula isn't waterproof, and as with some of the other liquid liners I've tried from the brand, I was left slightly underwhelmed by the end of the day when I examined the status of my eyelids. The color is still gorgeous and the design, innovative, but this one just wasn't my favorite. However, some people rave about it. Truly, I think it comes down to personal preference. On the bright side, it's ever so slightly less expensive than the Nudestix. 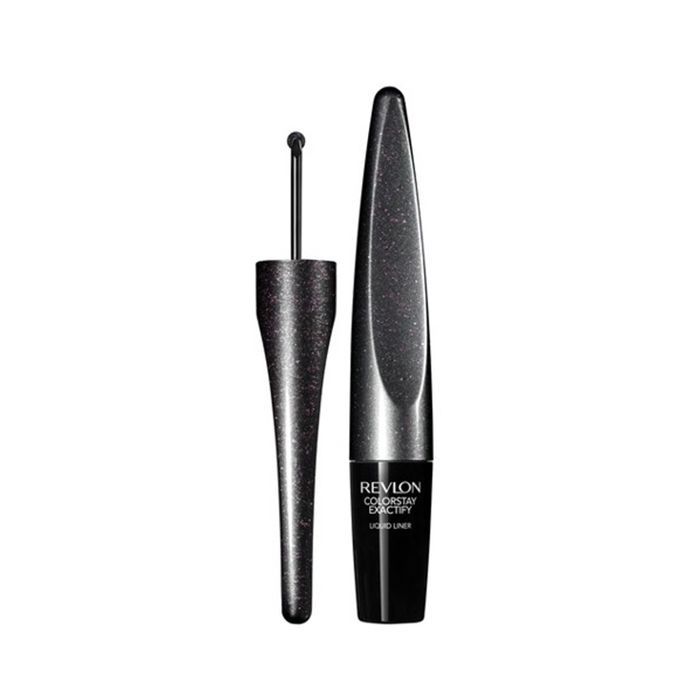 Last, but certainly not least, Revlon, which in all honesty came in at a super-close second to Nudestix. (Plus, the drugstore eyeliner is so budget-friendly.) In fact, I might actually like it just as much but considering that I fell fast and hard for Nudestix, and then tried this one on the third day (and following suit of Mac's) this one didn't stand out quite as much. However, overall, I was still incredibly impressed. Plus, thanks to the sparkling price, I went out and bought the shimmering black shade pre-night-out the other week. (FYI: the brand boasts the widest shade range of all three with offerings such as Intense Black, Sparkling Black, Mulberry, and Mermaid Blue—all of which are entrancing.)

Unlike the other two, Revlon's eyeliner roller dries to a glossy vinyl-esque finish. Typically, I'm a strictly matte kind of girl, but I actually found myself strangely drawn to the intensity of the lacquer look and was even more surprised when I noticed that it was actually staying put throughout the day. The formula is waterproof, and even when I accidentally rubbed my eye midday, the application stayed 100 percent intact. (Which sadly, I couldn't say for Mac's.) So although the Nudestix had a certain je ne sasi quois that I loved and was my favorite, if you're new to the trend and don't want to invest your weekly coffee budget to a product that might be somewhat tricky to master, I recommend trying Revlon's formula out for size. Though I've only tried the Intense Black and the Sparkling Black I have the full intention to continue experimenting with the other shades as well.