It's a much gentler alternative.

You’ve likely heard of retinol, and may even be using one as part of your skincare routine. But allow us to introduce you to retinyl palmitate, retinol's slightly less intense cousin. Confused? We can explain. Retinol is actually one of four types of retinoids commonly used in skincare; there's also retinoic acid, retinaldehyde, and, the current topic of conversation, retinyl palmitate. While they're all vitamin A-derivatives with similar benefits, they're not identical. There are some key differences between them, particularly when it comes to how well your skin can tolerate each ingredient—an important factor since retinoids are notorious for their irksome side effects.

And (spoiler alert) if you have sensitive skin, retinyl palmitate is your best bet. Here, dermatologists explain what makes this ingredient unique.

WHO SHOULD USE IT: Because retinyl palmitate is the least irritating of all four retinoids (more on that in a minute), it's a great option for almost all skin types and anyone who wants to keep their pores clear and skin youthful, says Solomon. It does still have the potential to be somewhat irritating for those with extremely sensitive skin, however.

WORKS WELL WITH: According to Lain, "Retinoids have a synergistic effect with antioxidants such as vitamins C, E, and ferulic acid." Pairing any retinoid with sunscreen is also important since it may make your skin more susceptible to the sun.

DON'T USE WITH: Since retinyl palmitate has exfoliating properties, avoid combining it with other chemical exfoliants, such as glycolic or salicylic acid, as well as harsh scrubs with abrasive ingredients, cautions Lain. This holds especially true if you fall into the super sensitive skin camp. It can also cause some dryness, notes Solomon, so it's a good idea to pass on toners and astringents, too.

What Is Retinyl Palmitate?

Before we get to the specifics, it's important to talk about the larger category of retinoids in general. There are four commonly used in skincare, all of which are derivatives of vitamin A and have similar effects, aka speeding up cell turnover on the surface of the skin for a smoother, more even texture, while also working on the deeper layers to stimulate collagen production and fight wrinkles.

On one side of the spectrum is retinoic acid. Also known as tretinoin, it's available only with a prescription and is undeniably the most potent of the bunch. "Retinoic acid is the most active and effective retinoid, but also has the highest potential for irritation," explains Solomon. On the opposing end is over-the-counter retinyl palmitate, which dermatologists agree is notably less effective (though that's not necessarily a bad thing). “Retinyl palmitate can be a better option for some because it's less irritating," points out Solomon. It's less effective, but will be more comfortable to use consistently and continually, she adds. Also of note: Retinol and retinaldehyde, are available OTC and fall somewhere in the middle in terms of efficacy and irritation.

Benefits of Retinyl Palmitate for Skin

Just because it’s less effective than its counterparts doesn't mean it's not doing anything for your skin—we are, at the end of the day, still dealing with a retinoid. Like its fellow retinoids, retinyl palmitate acts both on the surface and within deeper layers of the skin.

Retinyl Palmitate vs. Other Retinoids

It's easy to look at retinoids on a scale of intensity: If prescription-strength retinoic acid packs a hardcore punch, then retinyl palmitate delivers more of a gentle tap. Retinoic acid is the only form that your skin can utilize, so if you're using it straight up, your skin gets it immediately. Retinyl palmitate, on the other hand, needs to undergo a conversion process. "Once it's absorbed into the skin, enzymes convert it to retinoic acid, the biologically active version that has the beneficial effects," says Lain.

This process reduces its efficacy, which is why it's the least effective of the bunch (retinol and retinaldehyde also get converted to retinoic acid, but it's a more direct process, which makes them more intense). Still, the reduced potency is what makes it so much easier for your complexion to tolerate retinyl palmitate. If you have highly tolerant skin and/or want to see results ASAP, you may want to go for the strong stuff. But, if you're new to retinoids or have sensitive skin, retinyl palmitate is your best bet.

Side Effects of Retinyl Palmitate

Comparatively speaking, retinyl palmitate is pretty gentle, so side effects are rare, though they can still happen. Expect the same ones you'd have with any retinoid, namely: itching, burning, peeling, and increased skin sensitivity, all of which are more likely the more sensitive your skin is.

Retinoids are often deactivated by sunlight and can make the skin more sensitive to the sun, cautions Lain. So first and foremost, make sure to always reserve retinyl palmitate for nighttime use (this is made easier by the fact that it's often found in night creams and serums). To that point, be extra diligent about using a broad-spectrum sunscreen with at least an SPF 30 during the day as well.

Slow and steady is the name of the application game. Just like you wouldn't run a marathon without proper training, give your skin time to get used to the intensity of this ingredient. Lain recommends applying a small amount to a quarter-sized area on your lower cheek every other night for a week, followed by a moisturizer. "If there's no redness or irritation on this test spot, then you can start applying it to your entire face, but still just three times per week," he says. After two weeks, you can step it up to nightly application.

Anytime you use a product with retinyl palmitate—or any retinoid, for that matter—pair it with a plain moisturizer (basic is best, avoid any formulas with intense active ingredients). Apply the retinoid product on clean skin, then top it with the moisturizer. This may help minimize the likelihood of any of those pesky side effects, particularly among the sensitive skin crowd.

The Best Products With Retinyl Palmitate 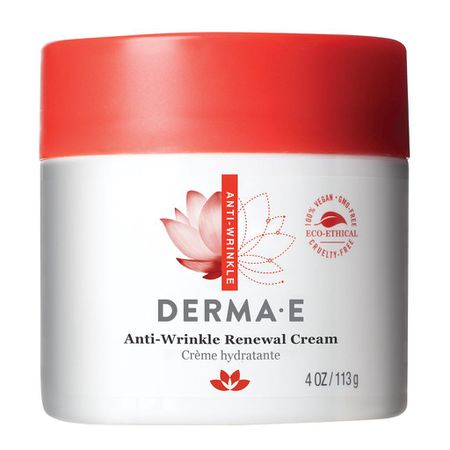 Both derms recommend this product, which also happens to be super affordable. In addition to the retinyl palmitate, it's enriched with vitamin E, allantoin, and panthenol to help nourish and intensely moisturize skin, says Solomon. 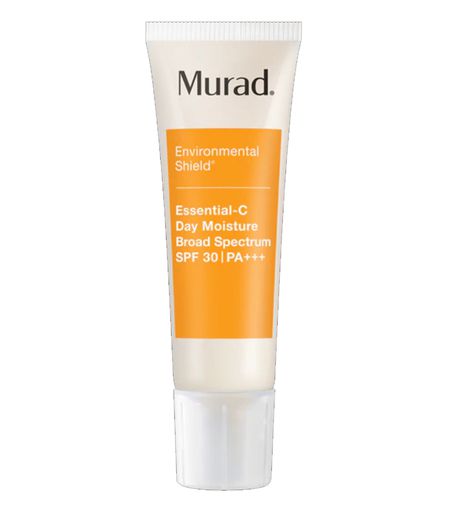 "This product repairs existing photodamage and fortifies skin against future damage while reducing the appearance of fines lines and wrinkles," says Solomon, who adds that it's a great multi-tasker to use not only on your face but on your neck and chest, too. It contains vitamins C and E, antioxidants that work well with retinyl palmitate, according to our experts. 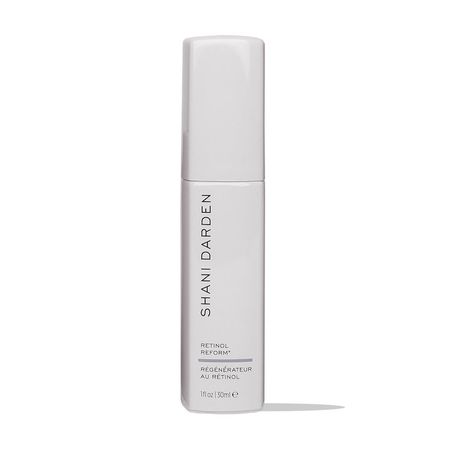 This was the product that finally convinced one Byrdie editor to hop aboard the retinoid train. Using it at night left her skin, "fresh" and "glowy," and she claims the fine lines that cropped up on her face eventually diminished. Credit that gentle retinyl palmitate, coupled with hydrating sodium PCA and soothing aloe. 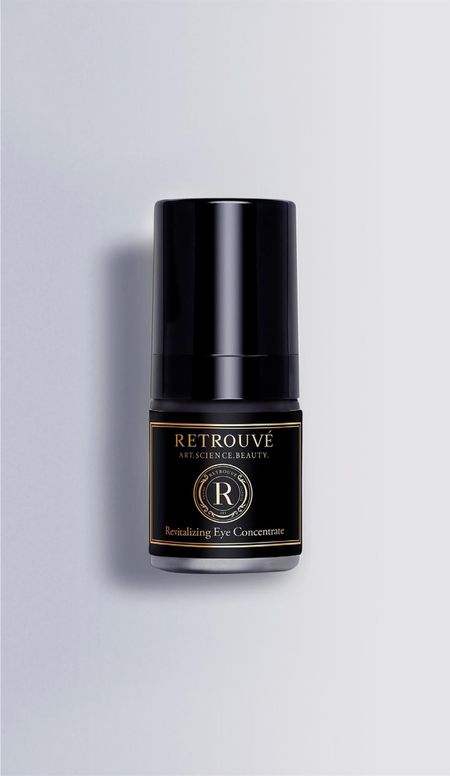 The skin around your eyes is thinner than other areas, which is why it may be where fine lines and wrinkles show up first. Enter this luxurious balm-like formula that pairs the anti-aging benefits of retinyl palmitate with heavy-hitting hydrators such as ceramides and jojoba seed oil, all with a silky texture that glides across this delicate skin. 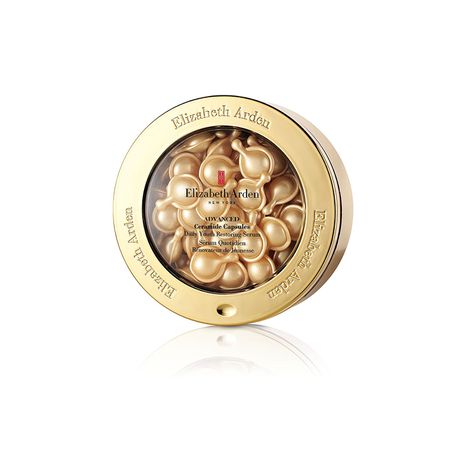 Pairing retinyl palmitate with ceramides, essential ingredients meant to help maintain a strong and healthy skin barrier, may minimize the likelihood of irritation. The pre-dosed capsules make application easier than ever, (not to mention, they are ideal for travel). 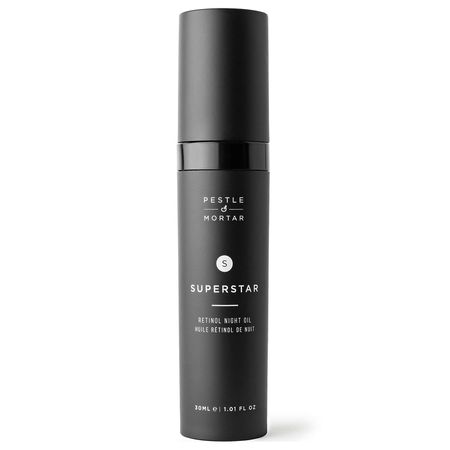 If you want to take your retinyl palmitate game up a notch, try this oil, which combines the ingredient with another new type of retinoid known as HPR meant to maximize the pore-minimizing, wrinkle-reducing effects, according to the brand. Organic, cold-pressed oils round out the ingredient list, making for a fast-absorbing yet deeply hydrating formula. 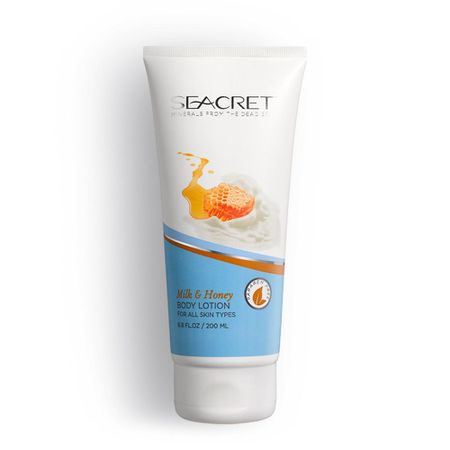 Retinyl palmitate isn't beneficial just for your complexion: Solomon is a fan of this hydrator for the skin below your chin. "Along with retinyl palmitate, it also has other great key ingredients such as avocado oil and chamomile extract," she says. She also points out that it's paraben-free and hypoallergenic, and that the formula absorbs quickly without ever feeling greasy.

FAQ
Revealed: The Best Age to Start Using These 5 Skincare Ingredients
Article Sources
Byrdie takes every opportunity to use high-quality sources, including peer-reviewed studies, to support the facts within our articles. Read our editorial guidelines to learn more about how we keep our content accurate, reliable and trustworthy.