Found: A Retinol Gentle Enough for My Sensitive Skin

As someone with sensitive skin, retinol has not been an easy addition to my skincare regimen—until recently. After a failed initial effort, giving it up completely, then reincorporating it (with adjustments) back into my routine, I’ve finally found a retinol-powered product that’s suited for those with sensitive skin.

I first turned to retinol a few years ago, when I planned to ramp up my skincare routine before turning 30. Initially, my skin broke out (I interpreted it as an adjustment phase called "purging") but within a few weeks, my skin was much clearer and the texture had noticeably improved. After a few months, I saw my skintone even out and fine lines soften. But, my sensitive skin had also become more prone to redness and irritation. Still, I powered on, using my retinol serum nightly.

Several months into my new retinol-boosted regimen, I began noticing my skin’s texture was changing. It felt rougher due to periodic dry patches and I even developed a few new fine lines on my cheeks. Witnessing these side effects worsen with continued use, I eventually—and reluctantly—edited retinol out of my skincare routine.

Many retinol products on the market, despite their intended use, are far too intense when applied topically. A clinical skincare specialist suggested those with sensitive skin dilute the product with moisturizer and also never use it more than a few times each week. I made her recommended adjustments and reincorporated retinol back into my routine, but only every so often when I felt like my skin could use it. 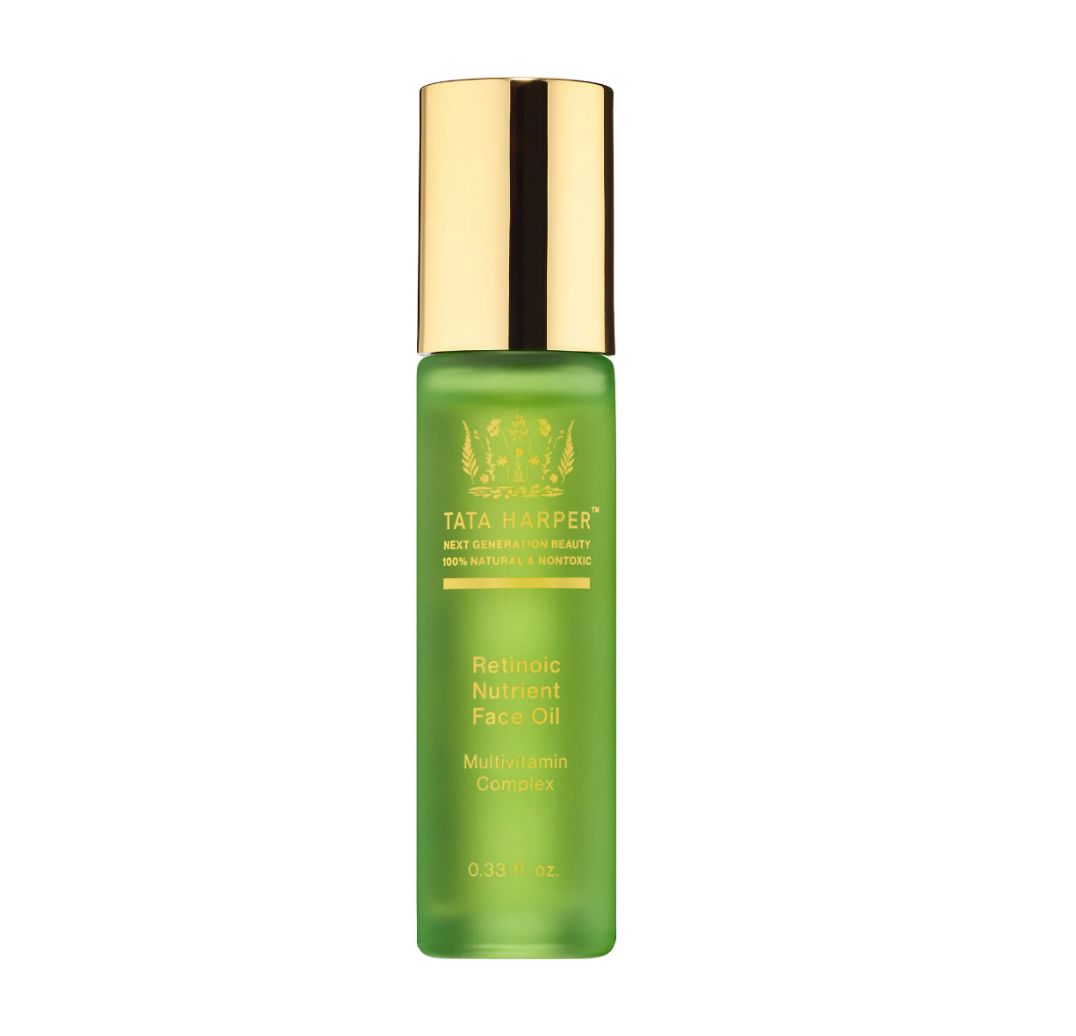 A few months ago, I happened upon Tata Harper’s Retinoic Nutrient Face Oil. The product boasts a gorgeous blend of botanicals and a metal applicator that soothes on contact (and always dispenses the right amount of product). Because of the rollerball, I wasn't able to dilute the solution—but I quickly learned I didn't need to.

The natural formula never once left my skin dry or inflamed, but instead made it feel extra nourished and moisturized, even minimizing dryness and dull texture. The brand advises applying it over a moisturizer, but even when applied directly to the skin (sorry, I know) it has never caused irritation. I use it between my brows to combat my angry elevens, around my mouth to stave off marionette lines, and even around my eyes to fight crow’s feet.

I wouldn't put just any product with active ingredients near the delicate eye area, but I've grown to trust the Retinoic Nutrient Face Oil and can say it's the gentlest and least irritating retinol product I've ever tried. Reading the oil's ingredient list furthers my confidence—the retinol is derived from rosehip seed oil, a natural form of retinoic acid, and the formula is a blend of botanicals boasting 11 vitamins and six minerals. While I still give my skin a break once and a while, I do believe the oil is gentle enough to use every day. In fact, the brand states that you can even use it in the morning, which is unusual for any product with retinol. I just ordered the large format, which features a pipette instead of a rollerball, but there's still no diluting required.

Still have questions about integrating retinol into your routine? Here are retinol myths that need to be put to rest.