Tackle your complexion concerns with this powerful ingredient.

Breaking beauty news: Not all retinoids are created equal. And while the term "retinol" is often used as an all-encompassing, blanket term, it's one very specific ingredient. Allow us to explain: Retinoids are a group of vitamin A derivatives, all of which work similarly in the skin to boost cell turnover and improve tone and texture, while also stimulating collagen production to ward off fine lines and wrinkles.

Of all the retinoids, retinoic acid (aka tretinoin) is the only retinoid in its pure form that your skin can utilize—it's also available by prescription only. The other retinoids that are most commonly found in over-the-counter products—namely retinyl palmitate, retinol, and retinaldehyde—have to undergo a conversion process to turn into retinoic acid before your skin can make use of the ingredient. The process goes in just that order, which also correlates with the retinoids' potency and efficacy; the more steps in the conversion process, the weaker the retinoid is. According to dermatologists, since retinaldehyde is the final stop before the hard stuff, it may be as strong of a retinoid as you can get without going into prescription-strength territory.

Keep reading to learn more about what else you need to know regarding this particular retinoid.

WHO SHOULD USE IT: Anyone looking for the anti-aging effects of a retinoid, especially those who have used and can tolerate retinol or retinyl palmitate, but aren't seeing the results they want. In this case, you can up the ante to retinaldehyde, which can be more potent and effective at jumpstarting your skin cells, says Nussbaum.

WORKS WELL WITH: Alpha- and beta-hydroxy acids have commonly been used with retinoids to help further increase skin cell turnover, says Chilukuri (though it's important to make those separate parts of your routine, using once in the morning and once at night). Using antioxidants such as vitamin C, vitamin E, and niacinamide can also help improve the skin's brightening effects, he adds. However, use these ingredients together with caution, and decrease use if you notice irritation.

DON’T USE WITH: Avoid using any retinoid at the same time as products with vitamin C, AHAs, or BHAs, as this can up the likelihood of sensitivity and irritation, says Nussbaum. She recommends using the former in the morning (under SPF, of course) and reserving the retinoid for nighttime use.

Put simply, retinaldehyde (which often appears as retinal on skincare labels) is a vitamin A derivative that is a pre-cursor to retinoic acid: “For retinoids to work their magic—increase skin cell turnover, boost collagen production, decrease fine lines, decrease acne and minimize hyperpigmentation—they have to be converted to retinoic acid, which binds to skin cell receptors and elicits a call to action,” explains Nussbaum. The more conversion steps required before a retinoid can reach that end goal, the weaker and less potent it becomes, which is why the straight-up, retinoic acid you get with a prescription is far more intense than anything over-the-counter. Because retinaldehyde is only one step away from reaching that end goal, it delivers stronger effects than its other OTC counterparts, which require additional conversion steps before they turn into retinoic acid.

Still, at the end of the day, all retinoids have a similar effect on skin, albeit in varying degrees. And while they often get lauded for anti-aging, retinoids are a good pick for all ages: “Retinoids, including retinaldehyde, are superpower ingredients, extremely effective at combatting blackheads and whiteheads, as well as fine lines and wrinkles, and can be used by everyone from acne-prone teenagers to those with more mature skin who are seeking to unlock the anti-aging benefits,” notes Nussbaum.

Benefits of Retinaldehyde for Skin

Retinaldehyde vs. Other Retinoids

So, retinaldehyde vs retinol? As mentioned, it all goes back to that conversion process. Because retinaldehyde only requires one conversion step, it’s going to give you the closest effects to that of retinoic acid. At the end of the day, “Tretinoin, or retinoic acid, is the most potent and best-studied retinoid, but it can also be quite irritating which limits patients' acceptance and usage,” says Chilukuri. “For this reason, many dermatologists prefer less irritating but comparably effective retinoids like retinaldehyde.” If you’ve never used any retinoid and your skin is super sensitive, you may still want to scale back to a retinol or retinyl palmitate. But, if you’ve been using those and want to see more effects without having to get a prescription, kick it up to retinaldehyde.

Side Effects of Retinaldehyde

No matter whether it's prescription-strength or over-the-counter, any retinoid carries with it the potential for the same type of unpleasant and unsightly side effects: redness, peeling, dryness, flaking. Retinoids are off-limits when you’re pregnant or breastfeeding.

When you use products with retinaldehyde, it’s extremely important to use just a pea-size amount for the entire face, no more. Start out using it every third day, gradually working your way up to nightly use. “I usually recommend my patients work up to nightly application, however, that can be done over a few weeks or even months,” says Nussbaum. The bottom line: Don't rush the process. And if you do start to get red or flaky? “Scale it back to every other night or a few times per week,” she suggests. Don’t worry that it isn’t doing anything; the cumulative effect over time will benefit the skin, she says.

The Best Products with Retinaldehyde 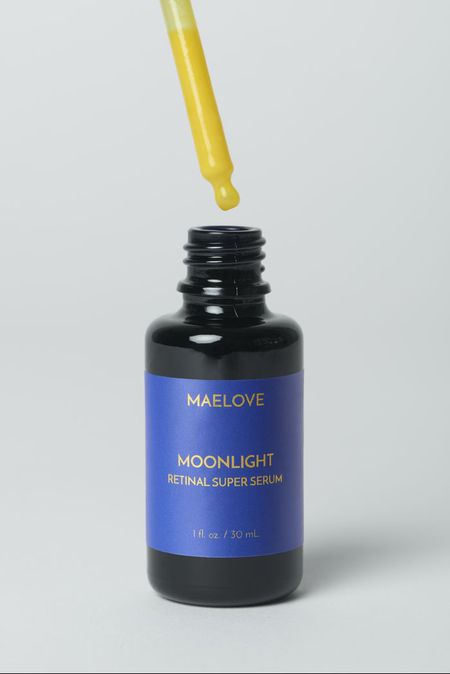 "This is a great face serum that contains retinaldehyde to brighten the skin and smooth texture, plus, hyaluronic acid to maintain the moisture barrier," says Nussbaum. We're fans of the targeted applicator, which makes it easy to apply on particularly stubborn lines and creases. 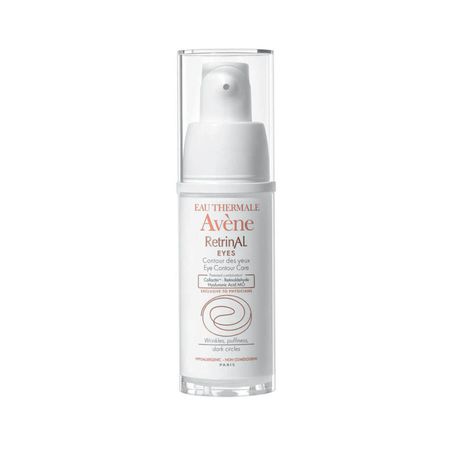 FYI, the skin around your eyes is the thinnest on the body, making it the most susceptible to damage and where signs of aging can show up first. That's why using a dedicated eye cream is always a good move, particularly when it's this one. The eye version of Nussbaum's all-over go-to, it's specially formulated to also help firm and de-puff, as well as fight fine lines using retinaldehyde. 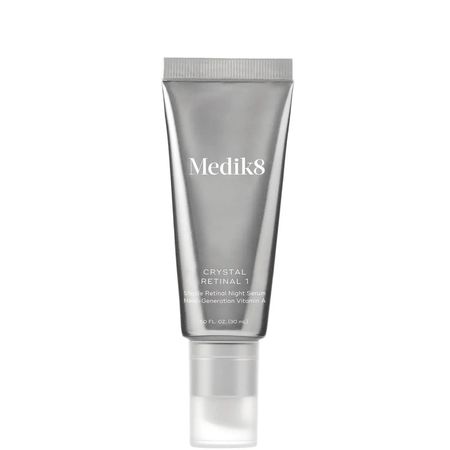 Retinaldehyde is paired with a laundry list of other anti-aging ingredients in this formula. We're talking hydrating hyaluronic acid and brightening squalane. The result: A do-it-all serum that promises to minimize the look of lines and wrinkles, while also leaving your complexion smoother, brighter, and plumper. 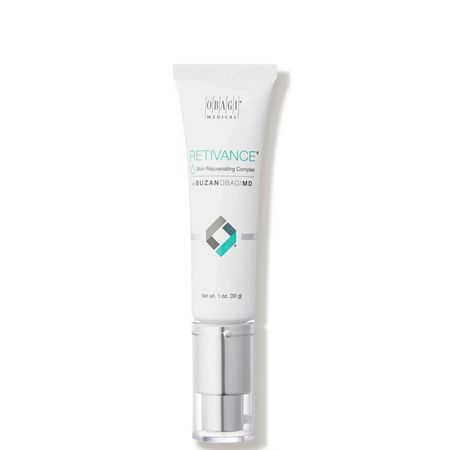 If you want the wrinkle-fighting benefits of retinaldehyde, but your skin is on the sensitive side, try this pick. It touts calming chamomile extract, which can help reduce redness and irritation, says Nussbaum.

The results are in and retinaldehyde is a star ingredient and the next best thing to a prescription from your dermatologist. Just be sure to incorporate any products with this ingredient slowly to avoid some of the common retinol side effects like peeling, dry skin, and potential breakouts.

FAQ
The 16 Best Over-the-Counter Retinols of 2023
Article Sources
Byrdie takes every opportunity to use high-quality sources, including peer-reviewed studies, to support the facts within our articles. Read our editorial guidelines to learn more about how we keep our content accurate, reliable and trustworthy.