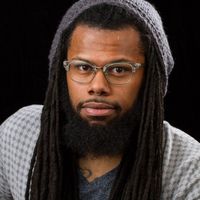 Maybe you recently attended an Indian wedding, or maybe you tried an all-natural hair color. Either way, if you're trying to remove henna dye from your skin, you likely already know that it's much easier said than done.

It's plant-based and natural, yes, but henna temporarily stains your skin and can last for weeks on end. (Hence why they're often called henna tattoos.) "Henna is a paste made from the Lawsonia inermus tree," explains board-certified dermatologist Dr. Marie Hayag, founder of 5th Avenue Aesthetics in New York City. "The dye in the henna, a molecule called lawsone, binds to the keratin of your skin." The good news? Henna, at least pure henna, is very safe and rarely causes allergic reactions, says Los Angeles dermatologist Dr. Oneyka Obioha, though she does note that it's best to avoid black henna; it contains an additive, known as PPD, a common allergen that can cause a rash, irritation, and even blisters.

The big caveat to keep in mind when you start trying to remove henna dye? You really can't do so, at least completely and/or right away. "There is no solution for removing all of the pigment from the dye all at once, but it can be faded relatively quickly," says Hayag. (The dermatologists we spoke with agree that, worst case scenario, henna tattoos and stains usually will completely fade on their own in about two to six weeks, simply as a result of our skin's natural renewal process.) Still, if you want to speed things up, there are a few techniques that can help.

FYI: Despite what you may have read, it's best to steer clear of removal recommendations that involve bleach, which can be very irritating to the skin, warns board-certified dermatologist Dr. Sheila Farhang, founder of Avant Dermatology & Aesthetics in the Tucson, Arizona area.

We spoke to the above experts, along with Dr. Paul Curtiss, a board-certified dermatologist with U.S. Dermatology Partners Carrollton, to round up ten of the best methods for removing henna dye from skin (all of which can be done daily, so long as your skin isn't getting irritated).

Don't overlook this straightforward solution. "Simply using soap and water to wash the area that's covered in the henna will help effectively fade the color," says Hayag. That being said, it may be the easiest fix, but there are a few important things to keep in mind. One, opt for antibacterial soap, as it generally contains a higher alcohol content that will help remove the dye molecules more effectively. Two, this can be admittedly very drying for the skin, so make sure you're moisturizing immediately after each wash, Hayag adds.

And while this method works for henna stains anywhere on the body, given that it can be very drying, you may want to reserve it for hands and opt for gentler removal methods on your forehead or around the hairline.

This may seem a bit counterintuitive—how could micellar water, one of the gentlest cleansing options out there, work to remove stubborn henna dye? Well, it does. "Micellar water has been shown to help pull out the color from the skin," says Farhang. Apply some to a washcloth, then gently rub it across the henna to further up its removal efficacy, notes Hayag. And here's the great thing about this option: Because micellar water is so gentle, you can easily and safely use this technique anywhere on your face or body.

Obioha is also a fan of using micellar water, particularly if you have sensitive skin. She recommends this option, which she lauds for both containing hydrating vitamin B3 and also being free of potential irritants such as perfumes and dyes.

More specifically, baby or coconut oils, says Hayag. Like micellar water, these oils help pull out the dye and fade the overall color. She suggests leaving an even coating of either oil on the henna-stained area for 10-20 minutes before washing it off. Because this won't strip or dry out the skin, you can use it anywhere, hairline or forehead included. Just keep in mind that both baby oil and coconut oil do have the potential to clog pores. So, if you are using it on your face, you'll want to make sure to not just rinse it off after, but really thoroughly wash it off with a cleanser so that there's no residue left behind.

Exfoliate With a Scrub

Rather than trying to wash off the henna, you can try to scrub it off. However, exactly how you exfoliate and the products you choose are largely dependent on the area where the henna is.

When you're dealing with henna on your hands or elsewhere on the body, you can call in some more heavy-duty mechanical scrubs, such as salt- or sugar-based options. (Because the skin isn't as delicate as on the face, it can handle some more intense exfoliation.) Keep in mind too that the skin on the palms will actually exfoliate more quickly, says Farhang, meaning even a couple of sloughing sessions should be enough to make a noticeable difference, at least for your hands.

For areas on the face or along your hairline, Obioha suggests looking for chemical exfoliants. She likes this pick, which relies on a 12% concentration of glycolic acid and gentle jojoba beads for mild physical exfoliation, but also includes hydrating oils. "It gently dissolves the henna without causing irritation, she says."

Farhang's choice, SkinMedica's AHA/BHA Exfoliating Cleanser, blends a combination of exfoliating alpha-hydroxy acids and beta-hydroxy acids and is her favorite for using on the face. It's pricey, yes, but keep in mind that both of these options are great to use as part of your regular skincare routine, and don't need to be reserved only for henna removal purposes.

As Dr. Curtiss explains, henna is different from other dyes. "Henna stains keratinocytes from higher up in the skin essentially permanently," Curtiss says. "Importantly, this differs from other tattoo dyes which are much deeper, embed in the dermis which your body doesn't continuously shed regularly, and are much more permanent."

In other words, even some at-home, over-the-counter products can remove the dye. Enter: baking soda, which can be mixed into warm water to form a paste and slathered on the skin, then gently removed.

"Many whitening kinds of toothpaste, which often contain hydrogen peroxide, can be used to assist in exfoliating skin cells," Curtiss says. Use the toothpaste similarly to how you would use a scrub.

According to Curtiss, "lemon juice, sometimes mixed with sugar, has been used in scrubs to help mechanically exfoliate skin cells. This can similarly be used to remove dead skin cells more quickly."

"Shaving acts as a mechanical exfoliator, whereby layers of dead skin cells are shaved off with each pass," Curtiss says. The important thing to note, however, is that just shaving as usual can help remove the dye. There's no need to use a stronger hand or try to bear down on skin, which could be very dangerous.

Do a Salt-Water Soak

Hydrogen peroxide can be swiped over the skin to help remove henna. Curtiss says it "acts as a mild exfoliating agent, weakens the connection between skin cells, and can be used to help remove the embedded henna dye more quickly."

Henna dye is long-lasting and tough to remove. There's no (safe) way to completely remove it from your skin in its entirety immediately, but trying these methods can go a long way towards helping to speed up the pigment fading process, without wreaking havoc on your skin.

Henna Tattoos: A Complete Guide to Popular Designs and Meanings