Victoria Hoff
Victoria channeled her editorial skills into a career in content marketing and brand strategy. She is a former wellness editor for Byrdie and held beauty and wellness editorial positions at ELLE, The/Thirty, and more.
Byrdie's Editorial Guidelines
Medically reviewed by
Morgan Rabach, MD

What Is a PRP Facial? Benefits of a PRP Facial What to Expect
Aftercare The Final Takeaway

Anyone else who has ever gotten a laser resurfacing treatment on their face will understand the very unsettling sensation of hearing your dead skin getting zapped away. And yet, listening to the staticky crackle of disintegrated blackheads wasn't the weirdest part of my first-ever laser experience. Nope. That distinction goes to the very large vial of blood that was removed from my arm 30 minutes beforehand, made into a serum, and then slathered onto my face as a post-laser healing treatment.

Would it sound less crazy if I told you it was all in the name of a better complexion? This is the Regeneo facial, also known as a PRP facial, an age-rewinding, skin-resurfacing treatment that promises to revert even the dullest, most weathered and uneven complexions to a bright and youthful state. Offered by the celeb-frequented practice Moy, Fincher, Chipps Facial Plastics and Dermatology in Beverly Hills, it's essentially a version of the Kardashian-endorsed "vampire facial."

Keep scrolling to see what went down when I got a PRP facial.

What Is a PRP Facial?

"Now that we have this amazing technology to separate the platelet-rich plasma from the blood, there are a number of ways we can apply it to our existing skincare treatments," explained Jennifer Herrmann, MD, when I arrived at the practice for the Regeneo treatment. Essentially, she said, the PRP was extracted and ultimately concocted into a highly potent, very personalized serum. "We can actually mix it with fillers to further boost collagen, or combine it with a laser treatment to speed up the healing and regeneration process." I would be experiencing the latter—and while I was totally game, I'd be lying if I said I wasn't just a tad bit nervous.

Will Eating (And Drinking) Collagen Actually Give You Better Skin?

Benefits of a PRP Facial

If the idea of using your own blood as a potent elixir of youth makes you squeamish, it might be time to start getting used to it—the research behind it is that promising. Because platelets are the cellular components of our blood that are responsible for clotting and quick healing, scientists have begun studying how we can actually apply this natural phenomenon: speeding up healing in damaged joints and connective tissue, for example, or in this case, restoring skin to a healthier state by giving collagen a boost. There's a reason Dr. Barbara Sturm's blood-infused moisturizer is so incredibly popular among the Hollywood and beauty editor sets—it's based on hard facts, and yes, it's really that effective.

What to Expect from a PRP Facial

Here's the part where I admit that I'm a recovering needle-phobe. It's something I've (luckily) grown out of for the most part, but getting blood extracted still doesn't exactly tickle my fancy. When faced with the inevitable occasional needle, some people like to know exactly what is happening as it happens, but my strategy is always to look away and talk about anything else. It served me exceedingly well in this case, as after the needle was removed, I finally glanced over and realized that the vial of blood that had just been removed from my arm was exponentially bigger than the tiny glass test tube I had pictured in my mind.

Mild trauma aside, we were only just getting started. While the Regeneo technology did its work to extract the platelet-rich plasma from my blood sample, it was time for the laser portion of the procedure.

Though Herrmann would be using the office's least intense laser on my relatively young skin, it still called for a thick layer of numbing cream beforehand. Even with that extra line of defense, the laser treatment wasn't exactly comfortable—I would liken the sensation to a tiny shock of staticky electricity, over and over and over again. Not particularly painful but not pleasant either. (Still, hearing the crackle of dead skin melt away was oddly satisfying—especially on my flaky, blackhead-speckled nose.)

After 20 minutes with the laser, my face felt understandably raw. So much so that when Herrmann started slathering my blood serum over my skin, it felt soothing enough that I couldn't even feel squeamish about the fact that its prime ingredient had been flowing through my veins less than an hour earlier. Herrmann warned that even though the platelet serum would speed up the regeneration process, I could expect my skin to be red and rough for the next couple of days.

Facial Serum vs. Facial Moisturizer: What You Should Know

And with that, this vampire was on her way. I stepped out of the office doors, shielding my blood-stained face from the blinding Los Angeles sunshine as I retreated into the darkness. (Translation: I had to retrieve my car from an underground parking garage.)

Herrmann wasn't lying about those side effects. My skin turned even more scarlet as the day went on, as if the wash of blood had embedded itself back into the surface of my skin (which is actually kind of meta, in a weird, physiological way). I decided it might be best to take a rain check on the drinks I was supposed to be grabbing with friends that evening for fear that my temporary face tattoo would still be discernible in the dim dive-bar lighting—that and, it turns out, when you get a couple of layers of skin removed, your face kind of hurts for a few hours afterward.

The next morning, I was only slightly less red, and while the pain had subsided, my skin had taken on the exact texture of sandpaper. Fortunately, I was cleared to use makeup to mask the redness, though even my creamiest foundation still looked impossibly matte. But it was enough to go out in public, and as the next couple of days went by, the roughness began to dissipate as well.

From the moment I got home from Herrmann's office, moisturizing was integral to my aftercare. (She advised also sticking with a clean diet and drinking lots of water—done and done.) My tool of choice was May Lindstrom's Blue Cocoon, which has never steered me wrong, particularly when my skin is worse for wear. Thanks to an emollient blend of oils and soothing blue tansy, it deeply moisturizes and alleviates inflammation in one go—crucial for the patches of dry skin that plagued me in the days after my treatment. 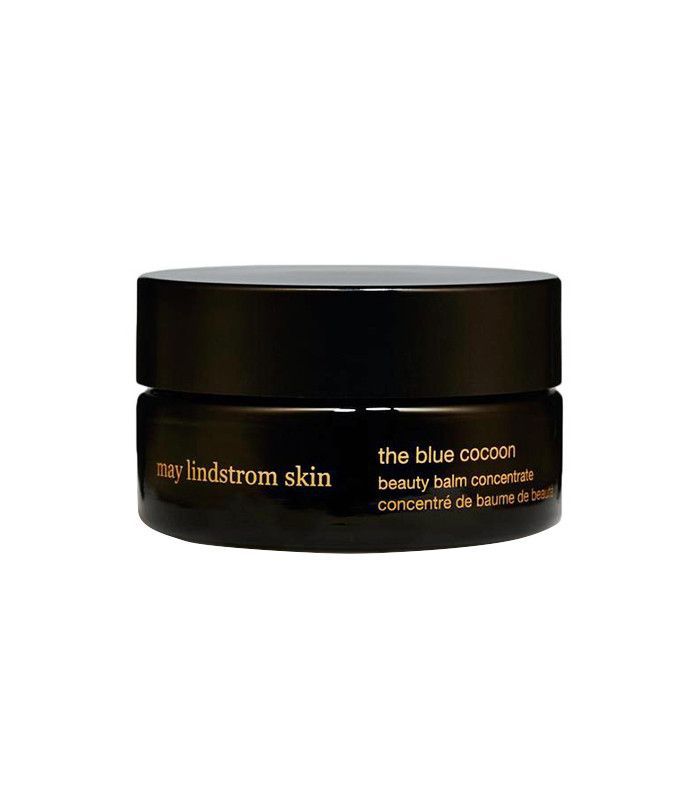 And then, nearly a week after my treatment and just when I began to wonder if I'd ever see the results I was promised, I washed my face one morning and realized that it felt impossibly smooth to touch. Peering into the mirror, I noted that my complexion had a healthy glimmer to it that I had rarely seen before—that ever-evasive, lit-from-within glow.

The discoloration from hormonal breakouts that had peppered my chin was ancient history, as were the whispers of fine lines that had started to take up residence on my forehead. Save for the faint smattering of freckles across my nose that I've loved since childhood (and were still intact), my skin looked poreless and even.

After less than a month, the longevity of the PRP facial was undeniable, and my foundation use remained minimal. This was because my skincare products worked that much more efficiently; one of the great benefits of a laser treatment is that by resurfacing your skin on such a deep level, it may become exponentially more absorbent. As someone with perpetually dry skin, I found this alone to be remarkable.

Ultimately, the afterglow was certainly worth the (literally) rough aftermath. I'm at an age where I'm only just starting to notice natural changes in my skin, tiny indications of how I'll wear the coming years on my face. "In 10 years, you'll be so glad you were proactive about it now," said Herrmann as she zapped away offending patches of dead skin. And while the prospect of physical aging has never particularly rattled me, it has been very cool to hit the rewind button on my skin for a few months—even if, at 25, it's really just a pause button.

I Tried the DNA Facial, aka the World’s Most Advanced Facial
Article Sources
Byrdie takes every opportunity to use high-quality sources, including peer-reviewed studies, to support the facts within our articles. Read our editorial guidelines to learn more about how we keep our content accurate, reliable and trustworthy.
Featured Video