You might not think that fragrance has a place in feminism—I mean, what's smell got to do with it anyway? But when you start to think about the fragrances the beauty world offers up for you, the fragrance world suddenly becomes a feminist issue. Where traditional brands throw up poetic (and often far-fetched) images of actresses wafting around the streets of Paris, New York or another clichéd city of glamour, apparently drawing the attention of any potential male suitor with a single spritz of fragrance, there's a brand working (not so) quietly to provide the antidote to that experience: Reek perfume, a rebellious fragrance brand with a feminist agenda.

Keep scrolling to see what it's all about.

Now, it's likely you won't have heard of this brand yet; its presence is still rather niche, but its message is substantial. The collection was founded in 2017 by mother-daughter duo Sara and Molly Sheridan, who found themselves dumbfounded with how women continually find themselves written out of the history books.

"We were hugely frustrated by the lack of female recognition, and spurred on by the backlash of putting a woman on a banknote, we decided to create a silent nod to the women of the past, by formulating a fragrance designed to memorialize these lost women," they explain.

Put simply, this brand is all about remembering kickass women and allowing their legacy to live on in a scent. So far, I'm feeling it. 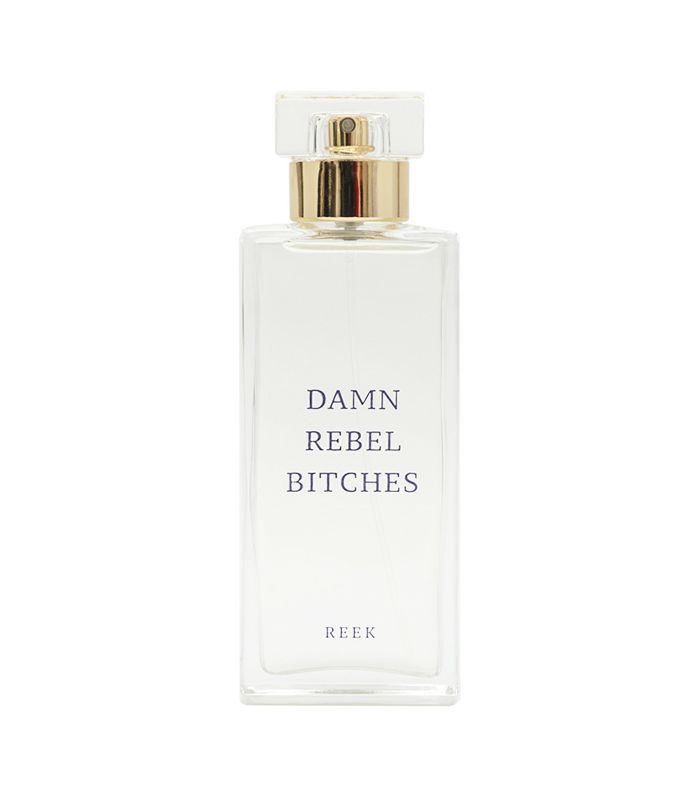 So what about the fragrances themselves? Crafted by olfactory mastermind (and the founder of another cult favorite, 4160 Tuesdays) Sarah McCartney, the two scents that currently populate the collection are far from the wishy-washy bottles of powdery pink scents that have been thrust upon women for centuries. No, these perfumes have attitude and weight—and not just an element of surprise, but a bucketload of it. In fact, I'd go as far as to say they're pretty badass.

Damn Rebel Bitches ($117) is my favorite—it was inspired by Jacobite women who smuggled men out of imprisonment by dressing in drag. Just one spritz is like the first tear into an orange skin, as the juice catapults towards your face. That comes topped with creamy hazelnuts and sweet malt, with a sprinkling of clary sage, which makes the end result quite herby.

[Ed. note: Reek is only available in Europe and the UK] 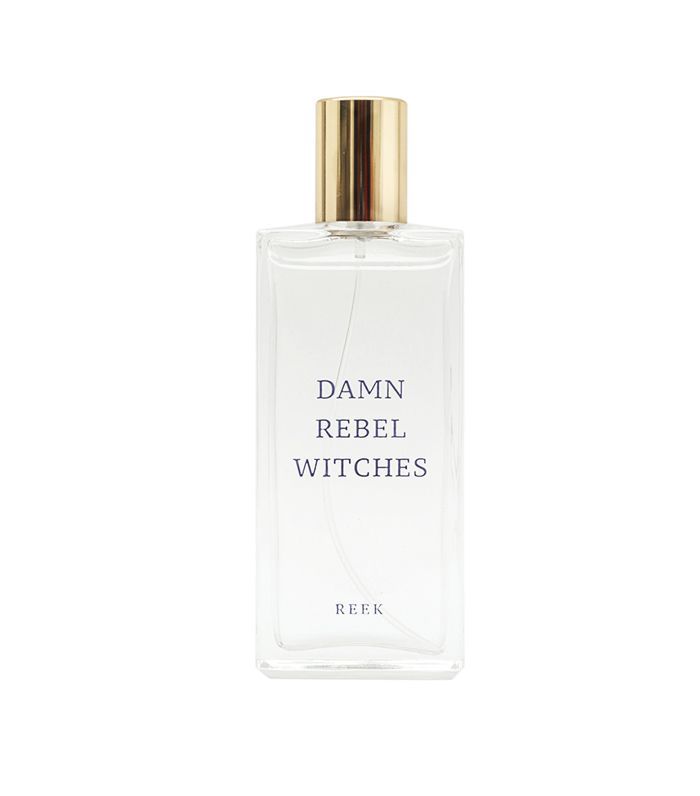 Damn Rebel Witches ($117), on the other hand, aims to commemorate the women who were burned at the stake. It's an all-round earthier affair, with notes of twigs, leaves, leather, tobacco and what the brand calls "a hint of moorland," all on that same blood orange base. It's got a grit to it, a little bit of muddiness that might turn some noses, but it's sure to impress others.

The fragrances are special, but if I'm honest, where the brand really starts to resonate with me is in its communications. Other brands may claim irreverence, but Reek boldly embodies the term like no other. It brushes off all the bullshit to present an image of the fragrance industry that is all-inclusive and all-empowering.

It's something you'll notice on its Instagram feed, every post oozing passion for feminism and gender equality. Women of all ethnicities, sizes, and ages are celebrated throughout the campaigns, and you won't find a single scar, spot, stretch mark or wrinkle retouched out. And the merchandise (yes, there's merch) includes punchy stickers with slogans from "Fuck the Pay Gap" to "Pussy Grabs Back," which now adorn every notebook I own.

You might argue what can a perfume actually do for the feminist plight? Well, as Reek proves, it not only changes the conversation but also puts a new face to the oft inaccessible dream the perfume industry offers up to us. The right perfume can act as a suit of armor, building a layer of confidence around the self. If your perfume contains the strength of the most powerful women in history, in the age of movie industry harassment, the gender pay gap, and female genital mutilation, that's exactly the kind of feminist weapon we could all do with.

Up next: another incredible perfume that this fragrance obsessive is spritzing by the second.