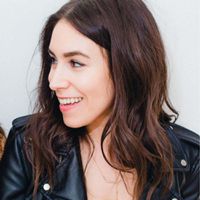 Lauren Caruso
Lauren is a freelance writer and content strategist with over 10 years of experience. Her publishing work can be seen in Allure, Refinery29, The Zoe Report, and Bandier.
Byrdie's Editorial Guidelines

Sure, there are about a million handbag brands out there—but how many of them garner half a dozen stop-a-stranger-on-the-street, “where’d-you-get-that” compliments in one outing? A recent jaunt with my Ann Baguette bag from Ree Projects, an Amsterdam-based accessories brand that launched stateside in 2019, did just that—so much so that my partner asked me if the brand was “a thing.”

When Dutch designer Desiree Kleinen founded Ree Projects in her home city in 2016, the minimalism market was already saturated. But that didn’t matter for Kleinen, who had more than two decades of experience as a design consultant at fashion houses including Karl Lagerfeld and Balmain under her belt. Better yet, she had a point of view—and when you’re building your forever wardrobe, is there anything that checks boxes faster than a quality item that goes with anything you own, but still feels special? Not to the hoard of editors and influencers who can’t stop wearing the brand’s designs.

Favorites include the brand’s Wyn mini, a twisted-handle lambskin hobo, and the Lily, a compact, ruched shoulder bag—both of which Gabrielle Union was recently spotted wearing. Ree Projects’ distinct, architectural styles aren’t a complete departure from the current contemporary offerings—but there’s something sharper, more elevated about each of her designs. “Using my RTW background, I usually start with a fluid exploration of shapes and movement," Kleinen tells Byrdie. "I mold and drape my bags until I find what I am looking for.”

Kleinen credits the brand’s global launch during Paris Fashion Week in June 2019 as its first big break: “Linda Fargo was the first buyer who came into our showroom and fell in love with the collection. She bought almost every style for Bergdorf Goodman,” she says. Saks Fifth Avenue, Moda Operandi, Neiman Marcus, Nordstrom, and Shopbop followed suit—and now, Ree Projects is available in dozens of retailers from Belarus to Italy and beyond, including Oakland’s Sherri McMullen, where stocking Black-owned brands is part of the store’s DNA.

“There’s already so much out there,” laments Kleinen. “But I also inherently believe in the timeless appeal of design. I want to create pieces that will last longer than one season,” she says, adding that she aims to toe the line between on-trend and classic. “The aesthetic is understated, minimal, but outspoken at the same time.”

Each handbag is made in Italy from start to finish at a family-owned-and-operated manufacturer with locally sourced materials to minimize the brand’s carbon footprint. “Our leathers are a by-product of the meat industry, and we only work with LWG certified and REACH-compliant tanneries to make sure we use zero-impact materials.”

Kleinen says she and her small team are committed to creating luxury bags imbued with sustainability and inclusivity—and that she’s eyeing ready-to-wear, too. But for now, her main goal is to create a quality handbag that you’ll pass onto your child. Luckily, the fate of her designs won’t depend on the trend cycle.