After Months of Sweat (And Smells), I Found My Perfect Natural Deodorant

If there's a kind of person who can get away with skipping deodorant, it's certainly not me. Every single commute, all summer long, I break a sweat. When I work out, I never simply "glow" as some are known to do. A casual four- or five-block stroll in direct sunlight is enough to get my pits working overtime. Simply put, I am not the best candidate for breezily forgoing deodorant to give myself a breather or absentmindedly forgetting to apply it for the day (or bring it with me for a weekend away). Well, that's exactly what happened on a recent trip. But despite the initial inconvenience of the matter, it turned out to be a blessing in disguise as it led me to my perfect natural deodorant.

But first, let's rewind. I haven't been faithful to one single deodorant in the last handful of years. Though, I have began making an effort to lean into natural formulations. I sampled deodorants of all price points, tried-and-true favorites, and brand new offerings from startups. Nothing took me from day to night without concern, minimizing sweat and mitigating odor. After bouncing around between a few brands, I'd end up finding that a non-natural product (that I really didn't want to use) was the one that really worked.

Fast forward to my trip to the beach where the plan was to spend a ton of time in the 80-degree heat. That said, I was in dire need of a stand-in deodorant to get through the weekend. So I commandeered my boyfriend's dopp kit. I knew he used a natural deodorant from Amazon, but since borrowing his products in the past (when he too was bouncing around between different brands) and finding that none of his choices worked for me, I no longer trusted his taste. It turns out, I had given up too soon. 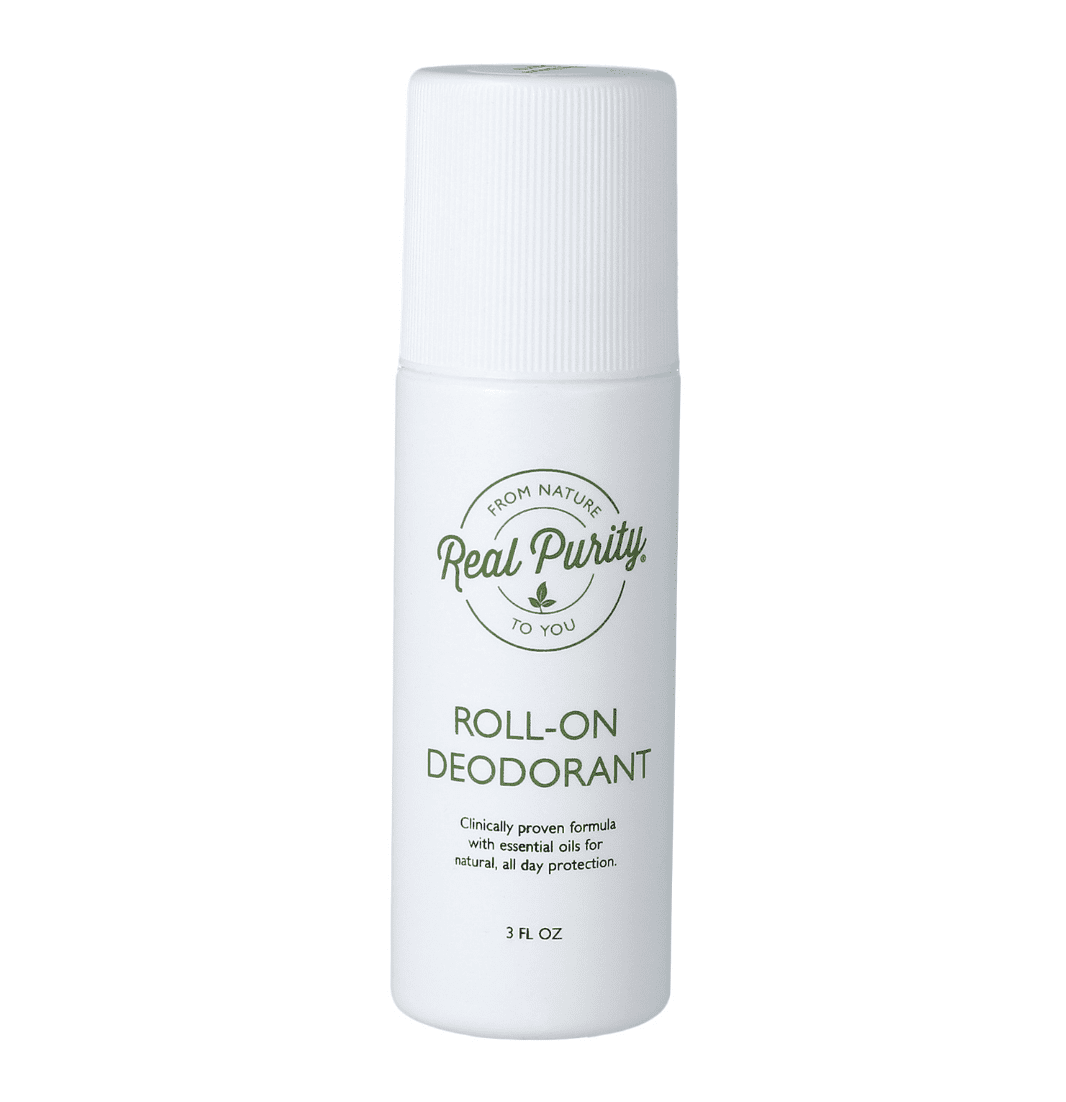 Sometime in the past year, he had found—and rightly stuck to—Real Purity Roll-On Deodorant ($12). I was initially skeptical of the roll-on mechanism, i.e. slow drying time, but this one instantly won me over. The deodorant rolled on effortlessly (I've found that a number of natural deodorants have a tendency to tug on the skin) and after a couple of swipes, dried surprisingly quickly. The formula left no residue or whiteness after application. The scent was subtle, clean, and neutral. So far, I was off to a good start.

We ate our meals in the sun, lounged by the pool, and spent the better part of the day basking in the sun's rays. It seemed as though the amount of sweat I produced was significantly reduced, and even by the end of the day, I still smelled clean (actually, good).

The deodorant feels lighter, yet more effective, than any other natural offering I've used (and actually combats odor more than the non-natural option I mentioned earlier). Organic oils are the miracle workers in the formula—lavender essential oil tackles odor without clogging pores, and apricot oil and organic aloe keep your skin dry without leaving residue. The understated clean scent is courtesy of the lavender paired with rosemary essential oils.

The brand recommends giving your body seven to 10 days to flush out your old deodorant in order for this formula to perform effectively, but I experienced results the very first time I tried it. Everyone's chemistry reacts differently with every formula, so the journey to finding the perfect natural deodorant varies from person to person. Still, I cast my vote for this one (and according to the reviews, so do hundreds of others).

Here's what you should know before switching to natural deodorant.