What Has Changed? Sharon Chuter on a Year of #PullUpOrShutUp

Plus, how brands like Urban Skin Rx and Sephora have responded. 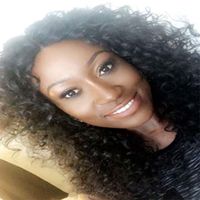 After the massive movements centered around racial injustices and inequalities, the beauty industry has experienced a shift. Consumers have called on institutions, corporations, and leaders to prioritize actual diversity and inclusivity—beyond campaigns and color swatches. Although some of it feels like momentary progress, the movement has had an impact on the industry.

In a survey conducted earlier this year, findings showed beauty aisles were finally beginning to reflect the diversity of consumers. Shade ranges grew seven times as wide as a whole, and sales of multicultural products are on the rise. These much-needed improvements are welcome. Still, Sharon Chuter, the founder of Pull Up for Change and Make It Black, says there is more work to be done. "We are just on the cusp of where we need to be in terms of representation for BIPOC consumers," she says. "The industry is focused on what they stand to gain by representing BIPOC."

The changes concerning representation from a visual standpoint were a long-time coming, and brands are aware that representation can no longer be an afterthought in the workplace. Urban Skin RX is one of many brands striving to make a valuable difference. "Over the past year, we have added over 20 positions ranging from junior to leadership level, and over 50% of those roles are held by individuals who identify as BIPOC," founder Rachel Roff says. The amplification of Black entrepreneurs over the past year has also increased. Brands like Revlon, Glossier, Shea Moisture, and Sunday Riley have all made donations in the act of solidarity with the Black community.

Black entrepreneurs continually prove that they can succeed in all spaces when business opportunities are equal. The 15 Percent Pledge, a non-profit organization that encourages retailers to pledge at least 15% of their shelf-space to Black-owned companies, is an example of what can happen when provided with economic equality. Sephora was the first retailer to sign the pledge. "We signed the 15 Percent Pledge in 2020, and by the end of this year, we'll have doubled our assortment of Black-owned brands," VP of diversity & inclusion George-Axelle Broussillon Matschinga says. "At the moment, Black-owned brands now comprise 15% of Sephora's total social and digital content (up from 11%)."

In addition to pledges and financial support, there has also been an influx of campaigns and initiatives that will influence the way people of color navigate the world of work for years to come. "I want people of color to stand up for themselves and know that they are valued," Chuter adds. "The type of work they are putting into their careers is extraordinary. I hope they know that their work is needed in these industries."

"The type of work they are putting into their careers is extraordinary. I hope they know that their work is needed in these industries."

Ensuring that BIPOC have the same opportunities as their white counterparts has now become a top priority for many companies. "We have made it our mission to 'even the playing field' within the dermatology and aesthetics industry by offering paid scholarships as well as mentorships and pipelines that will positively impact the Black community in the field of dermatology," Roff says.

Although many changes have materialized, people of color still face challenges. Black employees faced a promotion and wage gap and were also 23% less likely to say that they receive ' a lot' or 'quite a bit of support' to advance at work.

Roff and Broussillon Matschinga acknowledge that there are critical opportunities for improvement. Both Urban Skin RX and Sephora are committed to furthering their goals of increasing diversity across their entire workforces, with the latter developing a hiring toolkit for recruiters and hiring managers in their bid to tackle unconscious bias and recruit diverse talent.

This level of change would have been impossible without activism. It simply isn't enough to sit on the sidelines anymore. People aren't afraid to raise their voices and use their platforms for change, and there is now an even greater emphasis on ensuring BIPOC are seen and heard. To keep elevating the levels of progress we have made so far, consistency and transparency are essential. As Chuter puts it, "we must continue to advocate for Black voices even when no one else is."