There are plenty of pros and cons of eyelash extensions, and the arguments for both sides are compelling. Take it from 29-year-old beauty lover Elise Carlton, who kept up with hers for a year and a half: "I got my first full set on a whim … but I fell in love instantly," she wrote us via Facebook. "Everyone gave some kind of compliment, whether or not they knew why I looked different. I literally 'woke up like this' every day—I looked glamorous and feminine with zero makeup on." But for a number of reasons, Carlton eventually stopped getting her lashes refilled. "I miss them often … even though they were definitely high-maintenance," she says.

I've known many friends just like Carlton: Women who got their first set of eyelash extensions, were immediately obsessed, but for one reason or another, eventually let them all fall out or had them removed. Even I fall into this category. Because at the end of the day, there are almost as many cons to eyelash extensions as there are pros.

1. They Can Wreck Your Natural Lashes

"What made me give them up wasn't the price or upkeep, or the fact that [extensions] gave my best friend the worst eye infection—twice! (It was from not sterilizing tools properly—we found a new place to go to after that.) It was because one day my lash lady told me I didn't have many lashes left to attach the extensions to. I was pretty devastated to see how much damage they had done despite me being so diligent with caring for them, so that was that. I'm now on the long road to growing my lashes back, but it's amazing to finally be able to rub my eyes again." — Anoushka, 23, had lash extensions for two years

"I really liked and trusted the lash specialist I was seeing. She was so meticulous; I enjoyed conversations with her, and she had amazing hours. She would take appointments as late as 10 or 11 p.m., which meant I wasn't leaving until 1 or 1:30 a.m. But then I moved away from the area at the same time my last specialist decided to get out of the business … So I listened to the universe and gave the lashes a rest. I miss them often, though." — Elise, 29, had lash extensions for a year and a half

"I'm obsessed with how [extensions] look on, and the ones I get last about three to four weeks, but getting an appointment is hard. I love the lash artist nearest to me, but she has a full book and it's hard to squeeze in an appointment. … I also work full-time, so when I can be squeezed in, it's during work hours." — Jamie, 23, had lash extensions on and off over the course of a year

3. They Require a Ton of Maintenance

"Ultimately [they] were more trouble than they were worth. The thick, perfectly kept lashes started to crisscross and feel heavy. No matter how much I brushed them, kept them out of water, and tried to take care of them, they stopped looking natural and began looking forced." — Hallie, 27, had lash extensions for three weeks

4. The Application Process Can Be Agonizing

"It's hard for me to just lay down on a table for two hours. The first hour is relaxing, the second hour my ADD antsy-ness kicks in. And if you have to pee during the service? Forget it!" — Jamie

5. Some Mascaras Do the Job Just As Well

"I had regular faux-mink [lashes] and then volume lashes when they came out for almost nine years. … I first put them on when I was pregnant because my lashes seemed to stop growing and were very thin. I never had any issues with breakage of my natural lashes in all the years that I had them. I stopped in January … [and] mascara has advanced so much that most of the time I don't even miss them!" — Melaney, 34, had lash extensions for nine years

"TBH, I miss my mascara, and I have ones waiting for me that I'm dying to try." — Jamie 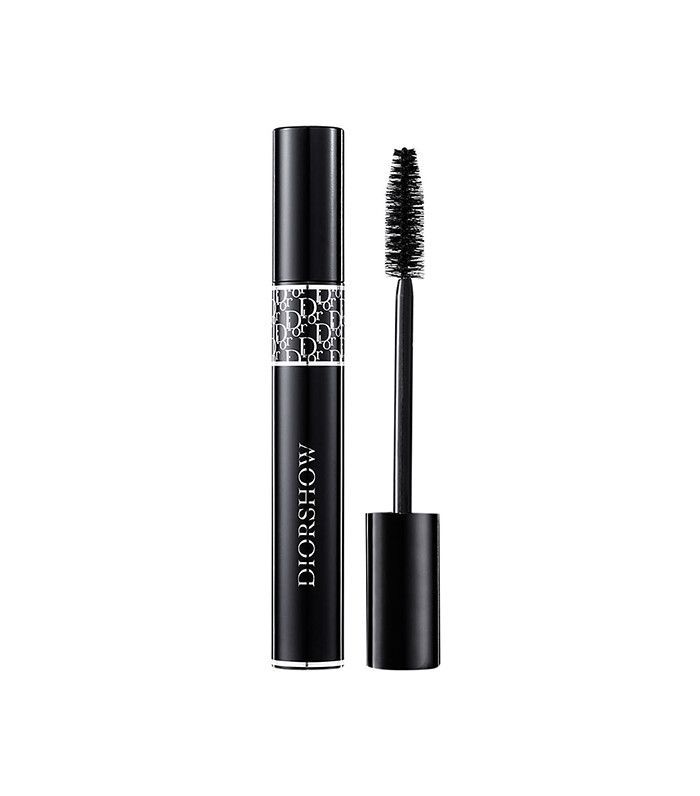 6. They Don't Always Work for People Who Wear Glasses

7. They Can Interfere With the Rest of Your Beauty Routine

"My skincare routine is really important to me, both the ritual and the products, and it ended up being difficult to cleanse and apply all my eye accoutrements with extensions that weren't meant to get wet. Instead of having a professional remove them, I pulled them out and went on with my life. Sure, I felt bald afterwards, but I had to let them go." — Hallie

"I missed putting on eyeliner and being able to rinse my eye area. I also missed doing a smoky eye without stressing about the fact that removing my eye makeup would make my lashes fall out." — Faith, 26, had lash extensions for a year and a half

8. They Don't Look Flattering On Everyone

"I stopped because my eyes ended up looking droopy since my natural eyelashes tend to bend downwards, so the fake eyelashes covered my eyesight a little (pretty uncomfortable)." — Cherry, 22, had lash extensions for two months

9. They Are Very Expensive

"If I had all the money in the world, I absolutely would have kept up with my lash extensions. But in L.A. where I live, you have to spend almost $180 on an original set and then $60 every month on refills (if you want a decent result, that is). I loved having mile-long lashes, but my bank account just wouldn't let me keep up with it. In the end, I'd rather spend that money on something more noticeable, like colouring my hair." — Amanda, 25, had lash extensions for four months

10. They Can Mess With Your Self-Image

"To be honest, I didn't have time to go in every two to three weeks for a refill. But it was like being in a toxic relationship. Right after I got them, they would look full and fluttery, and I would be so happy. Then I'd slowly shed them one by one, until by week two or three, I'm left with three false lashes clinging on for dear life. I finally decided to get them removed altogether but was so horrified by how short and stubby my natural lashes had become. (Anyone who says extensions don't shorten your natural lashes is lying.) I went back immediately the next day to get a full set. I had them for another few weeks, until finally after the second round, I decided I had enough." — Faith

Check out our favorite false lashes below.