There’s nothing we love more than a good, do-it-all oil—which might explain our obsession with argan and coconut oil everything last year (and fine, currently). But there’s a new kid on the face-oil block, and it just might make the popular kids old news. We’re talking about prickly pear seed oil, a potentially highly moisturizing, skin-softening oil derived from a cactus. We talked to Dr. Raymond Schep, the Chief Chemist of Colonial Dames Co. and a Member of the CA Association of Toxicologists,

Who should use it: In general, anyone with sensitive skin in need of hydration, or with hyperpigmentation issues.

How often is typical use?: Twice a day.

Works well with: Retinols or Vitamin C, which might otherwise irritate the face.

What is Prickly Pear?

It's not often anyone will tell you to put cactus on your face. Largely, this is because cacti are spiny and in fact we wouldn't suggest touching them at all. However, the insides of desert plants are frequently beneficial because the desert is so sparse; think of aloe as an example. Prickly pear isn't only used for beauty products, it's actually often eaten (ever heard of cactus fries?) or consumed in a distilled, syrupy form. In fact, you've probably seen it in cocktails or (for those who don't drink) as an ingredient at your local juicery.

Juiceries sell drinks with prickly pear in them because the prickly pear borders on being a superfood. While the mainstream has just picked up on it, prickly pear has been a staple in Mexican and Southwestern cuisines and households for generations. It's only native to the Americas—although it has since been introduced to other countries—and you might know it under different names, like Opunita or nopal. There are over a hundred species of prickly pear endemic to Mexico alone. But, while this is all cool info, what does this mean for skincare?

How Does Prickly Pear Benefit Skin?

To help us understand all the benefits of prickly pear, we spoke with Munemi Imai, founder of the celeb-favorite prickly pear–based skincare line Mūn. “Prickly pear is extremely high in essential fatty acids, omega-6 and -9, and the natural antioxidant vitamin E,” she tells us. “It’s also rich in amino acids, which stimulate collagen production to promote faster cell turnover. And finally, it also contains vitamin K, which brightens under-eye dark circles and also promotes your skin’s elasticity.” Kypris, another natural skincare line, features prickly pear in its Beauty Elixirs. The brand claims that prickly pear oil contains triple the vitamin E contained in argan oil and is more sustainable.

Munemi Imai is the founder of the celeb-favorite prickly pear–based skincare line Mūn. For decades, she has worked as a celebrity makeup artist for some of the top names in fashion, including Vogue, Elle, and Marc Jacobs.

Side Effects of Prickly Pear

One should take note of how much prickly pear they intake lest they take too much. On the easiest end, it causes nausea and bloating. On the worse end, it causes blockage in the lower intestine.﻿﻿ However, these are the effects for eating prickly pear or taking supplements—the toxicity of prickly pear transdermally has yet to be studied comprehensively. Odds are, it has a very low toxicity when used in skincare if it is toxic at all. "There are no known drawbacks for the topical use of the material except maybe in case of allergic individuals," says Dr. Schep.

As for who can benefit prickly pear seed oil, Imai says the answer is pretty much anyone. “As a long-time makeup artist, I’ve tested so many products over the years, yet when I came across this oil, I was amazed by just how fast it made a difference in my skin,” she raves. “It’s great for all skin types and especially great for mature skin. It’s a wonderful oil for both people who want to start preventable care for anti-aging and people who address the signs of aging. You will feel the immediate skin-softening effects and your skin will glow.”

The Best Products with Prickly Pear 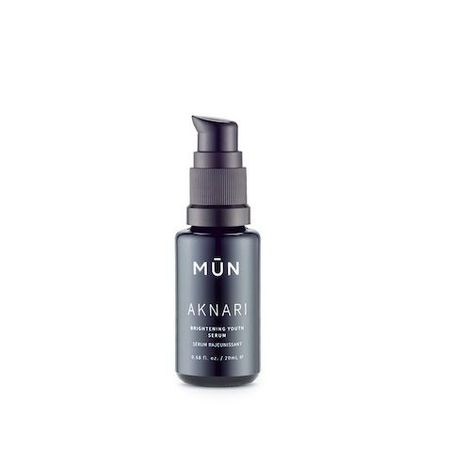 This serum will give your skin an instant shot of radiance from a potent dose of prickly pear. It has magical powers when it comes to smoothing fine lines, treating hyper-pigmentation, and protecting the skin against environmental stressors. It's also made with rose essential oil, which brings on ultimate softness. 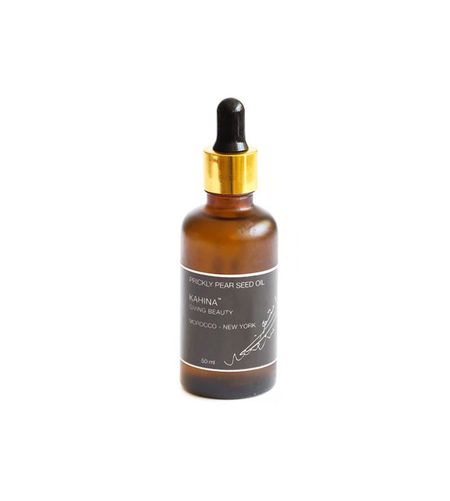 Dealing with a bit of saggy skin or dark circles? Employ this prickly pear seed oil to turn things around. Thanks to vitamin K and amino acids, this will bring an overall fresh-faced glow to your skin. Pat it on after cleansing and before applying your moisturizer. This formula works incredibly well on mature skin. 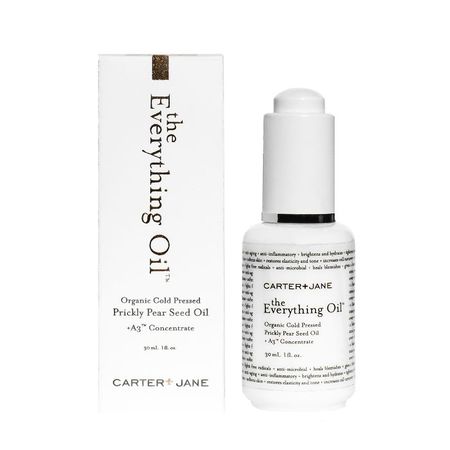 Putting sustainably sourced beauty products on your skin is one of the best things you can do. Trust that this cold-pressed prickly pear seed oil is made in the purest form possible to breathe life back into your skin. You'll immediately notice a radiant glow that will benefit you in the long run when used regularly. 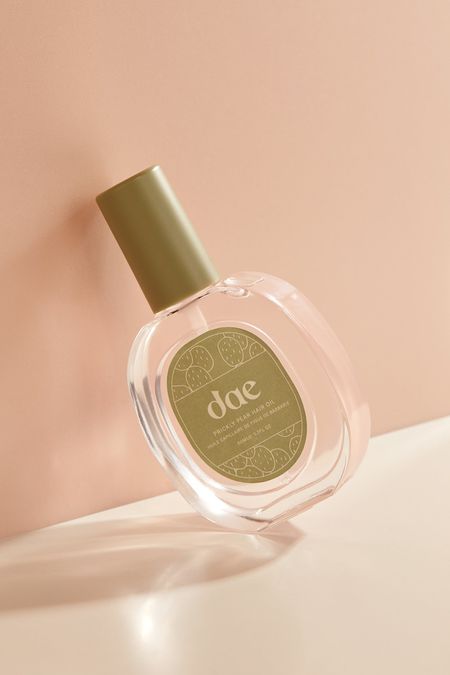 Influencer and entrepreneur Amber Fillerup Clark's latest venture, Dae Haircare, is a gorgeous southwestern-inspired line that serves all hair types. Its prickly pear oil is a beautiful, clean product that nourishes hair and smooths frayed cuticles. Plus, it smells amazing. 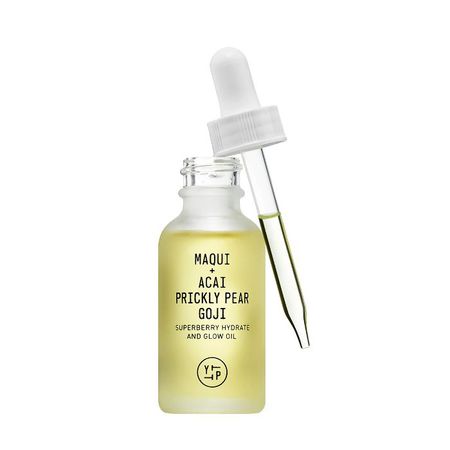 We all know colder months love to dry skin out. It's one of the things winter does best. An antioxidant-rich, organic oil like this will keep your skin supremely hydrated and glowy, even on cloudy days. It's made with antioxidant berries and prickly pear to keep bouncy, dewy, and hydrated skin number one. 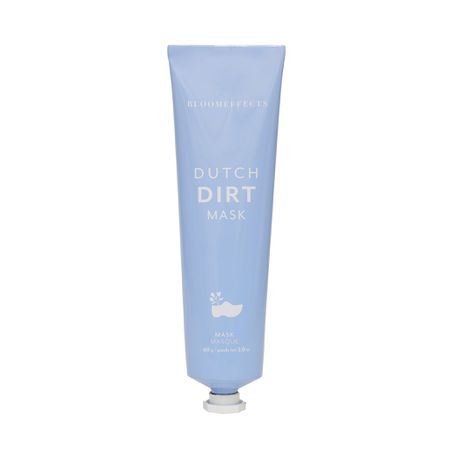 Newbie brand Bloomeffects keeps their focus on their Proprietary Tulip Complex to make your skin absolutely radiant through hydration and nutrition, but their Dutch Dirt Mask does that and more. Also included in the ingredients list? Prickly pear enzyme, which promises to aid in the dissolution of dead skin cells. 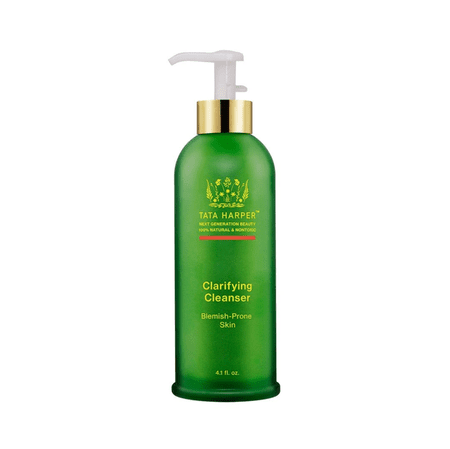 Tata Harper have become somewhat of the gold standard for natural, clean skincare. A fan favorite? Their Clarifying Cleanser, a cleanser built for acneic skin that uses—you guessed it—prickly pear as an ingredient to slough off old cells. If you're worried it'll be too abrasive, don't be. The included juniper is meant to pH balance your skin. 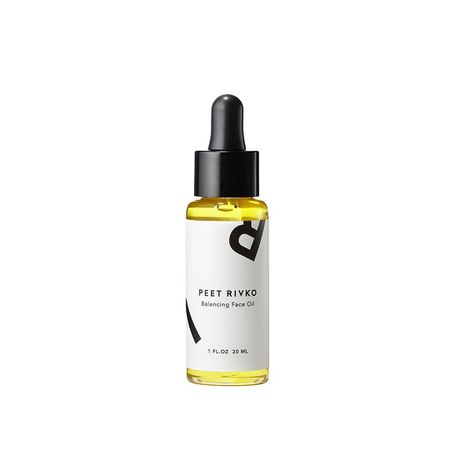 Peet Rivko keep their line about as minimalist as can be, but one of the products they deem absolutely necessary is this face oil. It's full of a bunch of oils that are safe for sensitive skin, so even people who typically can't wear face oils for fear of a reaction can use it. It's also fragrance free—making it one of the safest facial oils out there.

Everything You Need to Know About Cactus Water, the Buzzy Health Elixir
Article Sources
Byrdie takes every opportunity to use high-quality sources, including peer-reviewed studies, to support the facts within our articles. Read our editorial guidelines to learn more about how we keep our content accurate, reliable and trustworthy.
Featured Video