Serious Question: How Soon Is Too Soon to Get Botox? 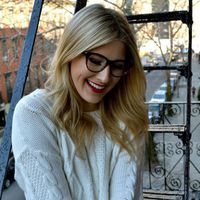 Medically reviewed by Dara Liotta, MD, FACS
Dr. Dara Liotta is a dual board-certified facial plastic surgeon with offices on the Upper East Side of Manhattan and Dubai.
ABOUT BYRDIE'S BEAUTY & WELLNESS BOARD
Plastic Surgeon
Fact checked by
Anna Harris
Fact checked by Anna Harris
Anna Harris is an experienced fact-checker and researcher and a beauty writer and editor.
LEARN ABOUT BYRDIE'S EDITORIAL GUIDELINES

The Basics The Right Time To Start
The Drawbacks

My name is Jessica, I’m 26 years old, and I have one forehead with two wrinkles on it. One (whom I’ve named Ethel) is a deep line that slices horizontally across my forehead. The other is a flirty, still-developing whisper of a crease directly above my right eyebrow.

If your wrinkle count is higher, I know what you’re thinking: “Please, stop complaining.” I get it. In 30 years, I’ll be wishing for the days when I could count wrinkles. But, if you’re new to the wrinkle game, you might understand my complete fixation with these newfound lines. As a non-smoking, water-obsessed, (mostly) healthy-eating, beauty addict, I’ve been slathering serums and sunscreen on my mug for years, and I’m a little pissed that these deep lines are already entering the equation. Yes, I know my way around a bottle of pinot, and I used to lay in the tanning beds before prom in high school (sigh), but I thought I had more time…

Apparently not. Which is why many 20-somethings like myself are considering a cosmetic trend known as preventative Botox. When my obsession with my lines got too hard to handle, I decided to reach out to Jody Levine, MD, a dermatologist in NYC and national medical director of AOB Med Spa, to get the real skinny on whether these preventative measures work. Keep scrolling to read what she had to say.

Levine filled me in on the concept behind preventative Botox. “Since frown lines, crow’s-feet, and expression wrinkles are due to the repetitive folding of the skin, people have realized that by injecting earlier, you can keep them from happening in the first place, rather than attempting to fix them after they’ve developed. Slowing down the use of these muscles early in adult life will prevent the lines from developing.”

And it’s not just brows that are getting Botoxed. According to Levine, “One area that I like to preventatively treat is the mouth angles. By injecting Botox into the muscles that control the downturn of the sides of the mouth—a motion we do not need to do—one can prevent the formation of marionette lines, which, once they form, are very hard to treat.”

The Right Time to Start

So if the goal is prevention, how early should one start treatments? “At whatever point patients begin to notice or are bothered by frown lines, forehead lines, etc., it’s reasonable to consider starting treatments. If someone is starting to notice fine lines coming through, and they really want to prevent them from turning into larger folds, they’re your ideal Botox patient,” Levine advised.

When pressed for a more specific age, Levine said, “Botox is FDA-approved and available for patients 18 and older. Most patients typically start using Botox at age 30, some even in their mid-20s. It’s possible to benefit from preventative Botox treatments starting as early as 25, but before that, the odds are low that you could have built up enough lines to worry about.”

But, isn’t starting Botox at 25 going to be kind of… expensive? According to Levine, yes. As she explained, “Many critics point to the potentially exorbitant cost of starting such procedures at an early age. It’s important to protect your skin from the sun by applying sunscreen, wearing a hat when outside, getting plenty of rest, and doing activities to reduce stress, such as yoga. Botox, when mixed with healthy lifestyle choices such as these can all help to reduce and prevent wrinkles.”
Finally, I wondered why some people with Botox actually looked older? According to Levine, it’s because their face has seen a few too many needles. “More is not always better,” she said. “Overuse of the drug can lead to atrophy of the muscles, which can be particularly noticeable around the eyes, where the face can appear inadvertently aged, despite the lack of wrinkles.”

Thinking about giving preventative botox a try? Here, everything you need to know about Botox.