How to Treat and Prevent Pregnancy Acne 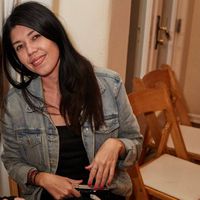 Fact checked by Erika Harwood
Erika has worked in fashion editorial for over five years and has been Byrdie's senior style editor since 2021. She previously worked as a fashion writer for NYLON, Vanity Fair, and MTV Style.
LEARN ABOUT BYRDIE'S EDITORIAL GUIDELINES

Acne comes in a variety of forms during all stages of a person’s life, be that during their teen years, adulthood, or menopause. For women who are pregnant, breakouts may appear more frequently than usual. Pregnancy acne is a term used to describe the breakouts that occur thanks to the hormonal changes and fluctuations that a pregnant woman’s body goes through while carrying, especially in the first trimester, but what exactly is it, and why does it happen?

We spoke with Dr. Nava Greenfield, a board certified dermatologist at Schweiger Dermatology Group in New York City to learn why acne occurs for some women during pregnancy, what causes it, and how to treat it.

While "pregnancy acne" isn’t technically its own type of acne, it's a term that’s used to describe those pimples that pop up when someone is, you guessed it—pregnant. Depending on the person, any form of acne symptoms can appear on the face or body before, during, or after pregnancy, but there are few that are more common than others throughout this time. "Cystic/hormonal acne and comedonal acne are two types that can typically occur during pregnancy," says Greenfield.


Causes and Prevention of Pregnancy Acne

Acne is the most common skin disorder in the United States, and affects up to 50 million people, according to the American Academy of Dermatology. Acne symptoms occur when the body produces too much sebum, or oil, which then becomes clogged within pores with dead skin cells to form a bacteria called P. acnes. The condition of acne can be triggered by a number of things, including genetics, stress, and namely, hormones, which is most often the culprit when it comes to pimples during pregnancy.

Pregnancy acne usually occurs when excess oil produced by fluctuating hormones and dead skin cells become trapped inside the pores, but there are some effective ways to minimize those breakouts.

This rule applies to just about everyone who’s living with or has experienced acne at some point, and it doesn’t stop when a person gets pregnant. Rather than reaching for any old acne-fighter on the shelf, however, checking labels for safe ingredients is key in reducing acne symptoms and staying healthy. "Skincare products are number one!" insists Greenfield. "I recommend Belli Skincare for pregnancy skin. Belli Skincare’s Anti-Blemish Facial Wash and Acne Control Spot Treatment are both safe products that will help pregnancy skin stay clear." 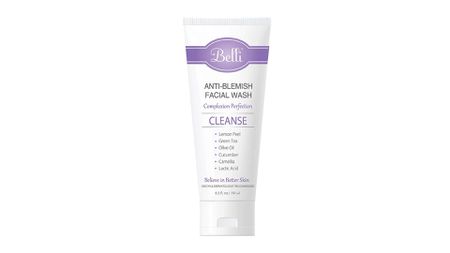 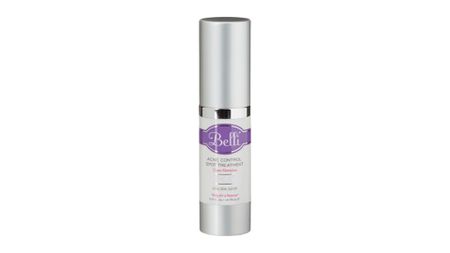 Certain vitamins and minerals are known to reduce acne symptoms. One such mineral is zinc, which pregnant or lactating women can see deficiencies in, says Medical News Today. Talk to your doctor about adding zinc supplements to your diet.

If you already have pimple-causing bacteria inside of your pores, blue light therapy can banish bacteria, and the inflammation that comes with it. "Blue light therapy is safe and works as an antibacterial treatment to combat P. Acnes living and causing inflammation in the sweat glands," says Greenfield.

The key to keeping skin free of dead cells and built-up oil: exfoliation. "Gentle chemical peels using a low concentration of glycolic acid is safe and can go a long way in preventing oil buildup while also exfoliating," says Greenfield.

Use the right topical actives.

When asked which ingredients to say no to during pregnancy, Greenfield recommends avoiding retinoids at all costs. Why? According to The American College of Obstetricians and Gynecologists, retinol is part of the isotretinoin family, which is synthetic vitamin A, and may cause birth defects. Additionally, benzoyl peroxide and salicylic acid—which are acne product heavy-hitters—should be limited, but check with your doctor first as they may be safe to use in small amounts. Using products that are safe for pregnancy yet effective enough to cleanse your sebaceous glands of built-up sebum can go a long way in preventing [and treating] acne breakouts," Greenfield suggests. "Ingredients such as lactic acid and sulfur are both safe and efficacious. They combat oil buildup and gently cleanse the skin."

A Dermatologist-Approved Skincare Routine for Adult Acne
Article Sources
Byrdie takes every opportunity to use high-quality sources, including peer-reviewed studies, to support the facts within our articles. Read our editorial guidelines to learn more about how we keep our content accurate, reliable and trustworthy.
Featured Video