My Plus-Sized Fashion Hero Changed Her Body, and Now I Feel Totally Lost 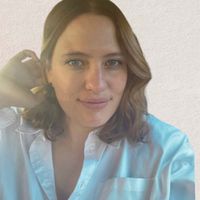 Jules Calnero
Jules is a freelance writer and marketer. She writes and consults for growing brands with a special focus on beauty and fashion products.
Byrdie's Editorial Guidelines

In her recent press tour for her latest album, superstar singer Adele was asked for answers about her weight for what felt like the millionth time—this time by the one and only Oprah Winfrey. After a painful divorce, Adele had resurfaced online smaller than before; most people wanted to know how she did it. The ever-intrepid interviewer, Winfrey asked a tougher question: What do you say to the women who looked up to you as a role model? Adele’s answer was both totally correct and kind of a cop out. She clarified that she loved herself back when she weighed 100 pounds more, and she loved herself as she was now. She said that she felt bad if anyone felt terrible because she, Adele, had lost weight, but it wasn’t her job to validate others.

Of course, Adele is a grown woman with full autonomy and can do whatever she wants, and it’s not up to her to live her life according to anyone else’s expectations. But at the same time, I couldn’t help but sympathize with the women who had felt left behind. I had gone through something similar with my own body role model, and I had been struggling for months with where to put my nuanced feelings on the matter.

I turned 13 in 2002—a decidedly weird time for body image in the United States (has it ever been not weird? That’s a topic for a different piece). In the 20 years since then, we’ve made quite a few strides as a culture with greater size ranges, more curve models used for commerce purposes, and more representation in the media. But for women in the middle of the spectrum between straight sizes and plus sizes, the representations that have existed between 2000 and 2022 are brutalized without mercy.

Adele is a grown woman with full autonomy and can do whatever she wants...But I couldn’t help but sympathize with the women who had felt left behind.

Way back when in 2002, Renée Zellweger was receiving accolades for gaining 30 pounds to play the titular character in Bridget Jones’s Diary—resulting in a body type that looked rather similar to mine at the time (puberty came early for yours truly. I woke up one morning a size 11/12 and never really changed). This was considered an act of great bravery and consequence in the name of art. Another person I saw a hint of myself in, Jessica Simpson, was subjected to endless debate about her size. Her “mom jeans” look took the world over for a few days, with most registering disgust at how she looked. Most recently, Melanie Lynskey, star of hit show Yellowjackets, revealed producers asked her to lose weight for the role (her cast members wrote a letter telling the producers to kindly screw off in support of Lynskey).

Though it’s nothing compared to the kind of fatphobia other people experience, I couldn’t help but pick up what the world was laying down: As an in-between person, I was so lazy I couldn’t even cross the finish line with a few more gym sessions or a more rigorous diet. Close, but no skinny person cigar: There was a Studio54-like velvet rope at the entrance of Club Beautiful, and I’d forever be fogging up the windows, looking inside. This, of course, led to many extra cardio sessions and many bizarre diets, none of which worked.

When a little app called Instagram took over the world, I had high hopes that the definition of beauty would be democratized and no longer defined by the names under the mastheads at Condé Nast. Instead, we have hordes of people face-and-body tuning themselves into unrecognizable versions of themselves, resulting in the same damage to our youth as heroin-chic models did on Millennials many years ago. These messages rang clear as day in my mind, and I was constantly trying to adhere to others’ expectations of me. I was in a push-and-pull with dieting and working out. Never satisfied, and never bothering to work on self-acceptance and taking care of myself—that would be harder than just losing those last 20 or 10 pounds that prevented me from being beautiful in the eyes of others. I figured closing the gulf between me and the land of beauty was far easier than closing the gulf between me and self-love.

Then, I found on Macy (not her real name). And she offered me a third option.

Macy is low-level famous. Her job involves being great-looking. The moment I stumbled on her Instagram was jarring. Was I crazy, or did this chick look exactly like me? The former dimple that now stretches from my cheek to my chin when I smile was present when she grinned, too. Her cheekbones were high, but her face had a pleasant fullness to match her fuller-than-normal lips. To clarify, Macy looks like a Yassified version of me; her skin is perfect, her symmetry like a painting. Her limbs are doll-like. Despite her seeming perfections, the similarities between us are real and undeniable. Our mutual features became an embarrassing obsession of mine that I couldn’t help. When a relative sent me a photo of her completely unprompted, jokingly asking if it was me, I rode high on the compliment for weeks. I sent her Instagram photos to my mom and sister, who all dutifully marveled at my beautiful lookalike. I brought up the concept of doppelgängers so I could impress people with my own. This is all shameful to admit, but more shameful was the transference of confidence I allowed to happen.

Macy poses for Instagram photos in her underwear. Macy wears clothing that shows off her stomach, a soft one, not a six-pack. For the first time, I saw a version of myself that didn’t plan ways to mask the fullness of an arm or the connection of my thighs with clever ensembles and well-designed hand placements. Macy didn’t hide, and, though I’m not proud to admit it, it made me hide less. If she could do it, I could do it. I couldn’t convince myself I deserved to be this outwardly confident about my looks. I assumed the world would see right through that and cringe. However, Macy was paid to be beautiful, and we looked somewhat alike. There was incontrovertible proof to present to the judge and jury of my anxieties that I couldn’t be completely right about how others perceived me. The proof was in Macy’s pudding, and it helped. I posted pictures of myself that weren’t intentionally ugly or ironic. I took better care of myself. I started developing a personal style past funky vintage T-shirts and too-small jeans because I couldn’t accept I would need a bigger size. I applied a flawed law of syllogism to my own confidence, and for a while, it was enough.

And then, similarly to Adele’s big reveal, Macy posted a picture of herself and was a totally different person. A smaller person. In fact, I’d estimate that Macy went from being around midsize like me to being a size 00-2.

It is, of course, Macy’s right to do this. She’s not responsible for me or my feelings, and it was chiefly my fault for developing a parasocial relationship with her and her body. I allowed myself to be influenced when I had worked so hard to avoid just that, despite being inundated with images and messages. I guess I got excited that for once the images and the messages weren’t negative. And unfortunately, I paid the price. That confidence I adopted from her confidence? That worth I had built through the worth she received for her looks? It evaporated in an instant. I didn’t realize that Macy might want what I had wanted (and I still don’t know what she wants—I didn’t ask her because we don’t know each other. I realize how Ingrid Goes West this sounds). I thought she had already achieved what anyone would want—to be considered beautiful and desired.

In that same instant, my vain obsession turned negative. Macy’s newly-sharp angles bothered me endlessly. “This is getting ridiculous now!” I’d text my friends with screenshots (if you’re reading this, pals, I’m sorry for being annoying). And of course, more painful still was the newfound success she received. Much like Adele, Macy seems happier. She’s certainly more celebrated than ever. I could see Macy’s new look was paying off; she was booking more high-status gigs in her field and getting more Instagram followers. Her star was rising now that she was thinner.

For the first time, I saw a version of myself that didn’t plan ways to mask the fullness of an arm or the connection of my thighs with clever ensembles and well-designed hand placements.

I realized that this was where Adele’s comment about it not being her job fell short, and why it reminded me of my own bothersome situation: Because, of course, it wasn't her job to validate me, but it would be nice of her to note that she herself was receiving more acceptance, praise, and validation from the outside world. That the world is an unforgiving place to anyone who simply exists in a body that can't fit a sample size, and her “success” in that category had probably made life easier. That would have been the way to let us know she understood the people who had looked up to her and not to simply wash her hands clean.

As far as the saga of me and Macy goes, it’s over. Through the power of the mute button, I’ve been spending less time studying others and more time studying myself. And not just the physical parts, but the things I’ve always loved. I wish I had better tips and tricks to share with all of you who might feel a little left behind by someone you identified with. The best I can leave you with is do everything in your power to be the representation you want to see in the world, because someone’s out there looking for you, too.

As a Plus-Size Shopper, Abercrombie Has (Surprisingly) Become My Favorite Store