Plum Oil Has a Massive List of Skincare Benefits

Thanks to a shoutout from supermodel Chrissy Teigen, plum oil is seeing a surge in popularity. Teigen shared the secrets to her glowing complexion on her Instagram stories, calling California-born skincare brand, Le Prunier "magic." Le Prunier debuted at the Indie Beauty Expo in 2018 after sisters Jacqueline, Allison, and Elaine Taylor were inspired by the power of the plum in Asian cultures, which regard the plum as a superfood with a host of healing properties. The Taylors, who come from a family of farmers, paired with a lab to extract the oil from plums, creating a patent-pending elixir that boasts a concentration rich in essential fatty acids and polyphenols. Plum oil has been one of beauty's best kept secrets (until now).

Plums are known as fiber-rich, heart-healthy superfoods, rich in B vitamins, potassium, and magnesium, delicious fresh or dried. Their oil has also been harvested for use in skin and haircare due to its potent concentration of antioxidants. We'll show you how to use it and where else to find it, because as you might have suspected, Le Prunier is in short supply after Teigen sang its praises.

Ahead, with the guidance of cosmetic dermatologists, we break down everything you need to know about plum oil as a powerhouse skincare ingredient.

Type of ingredient: Plum oil is a hydrator and anti-inflammatory.

Main benefits: Brightens and plumps skin, protects against radical damage and oxidative stress, and aids in cellular repair, sebum production, and skin turnover, according to our experts.

Who should use it: In general, plum oil is beneficial to all skin types as it is a lightweight, noncomedogenic oil and safe for acne-prone skin. Of course, if you are allergic to plums, you should avoid.

How often can you use it: It's safe to use plum oil twice per day—in the morning, beneath moisturizer and makeup, and at night, as part of your evening skin routine. It can also be used on the ends of damp hair to add extra moisture and protect against heat damage.

Works well with: Antioxidants like vitamins E, C, and A, which are all found in high concentrations of plum oil. It is sometimes paired with other lightweight antioxidant-rich oils like pomegranate seed oil and buckthorn seed oil.

Don’t use with: Plum oil has no known counter-indications. 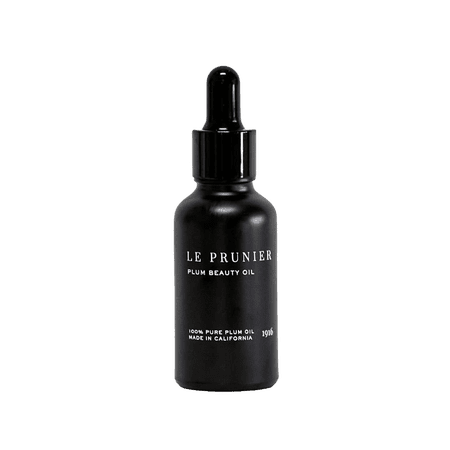 What is Plum Oil?

Plum oil is a hydrator and anti-inflammatory ingredient that brightens and plumps skin, protects against radical damage and oxidative stress, and aids in cellular repair, sebum production, and skin turnover.

Benefits of Plum Oil for Skin

Plum oil has a host of skin benefits for such a lightweight oil, which make it a nutrient-rich daily treatment that can be used beneath heavier creams or serums. Its heritage comes from Asian cultures, most notably the south mainland of China, where the plum plant originated. Extracts of the plum plant, or prunus mume, have been used in traditional Chinese, Japanese, and Korean medicine for more than 2000 years.

Plum oil is marketed on its own as an elixir, but is also found as an ingredient in some moisturizers and serums. In particular, Kakadu plums, native to Australia, generated skincare buzz in 2019, as the superfood was being touted as the new vitamin C. It's primarily used on the face, though can also work well on the neck and décolletage. Plum oil may also be used as a hair treatment. More of plum oil's great benefits, below:

How to Use Plum Oil for Skin and Hair

Jaliman instructs people to apply plum oil daily to clean skin. It can be used as often as twice per day, in the morning beneath makeup, and in the evening as part of your nighttime skin routine. Due to its light texture, plum oil pairs well with serums and moisturizers that are known for hydrating properties. Jaliman notes that plum oil is often found in elixirs that contain pomegranate seed oil and sea buckthorn oil, which are also both lightweight, antioxidant-rich oils that don't clog pores and encourage cell turnover, resulting in a smoother complexion.

You can also use plum oil as a hair treatment. Its lightweight texture makes it ideal for daily use without overly saturating the hair shaft. Green says to apply after shampooing and conditioning on the ends of damp hair to protect against heat damage caused by styling tools and blow dryers.

FAQ
The 15 Best Essential Oils on Amazon of 2023
Article Sources
Byrdie takes every opportunity to use high-quality sources, including peer-reviewed studies, to support the facts within our articles. Read our editorial guidelines to learn more about how we keep our content accurate, reliable and trustworthy.