Patrick Ta's Shimmer Body Oil Sold Out 4 Times, and Now It's Back In a New Shade

Makeup artist Patrick Ta recently launched his own namesake beauty brand—Patrick Ta Beauty. It was one of the most highly-anticipated new beauty brands of the year, thanks to his massive Instagram following (1.4 million followers and counting) and his cool-girl clientele, which include the likes of Shay Mitchell, Joan Smalls, Olivia Munn, and Gigi and Bella Hadid. One of the first products he previewed on Instagram was a body oil that looked so shimmery and so radiant, that it was almost otherworldly in nature (This product is very fitting, seeing as the majority of Ta's celebrity and editorial makeup looks are golden and glowy; in fact, we'd go as far as to say he's an expert when it comes to creating sun-kissed, golden-hour makeup).

Since the launch of Patrick Ta Beaut, the Major Glow Body Oil—as it's called—, has sold out four times. Well now it's back, and there's a brand new shade. Keep reading to see the super shimmery oil for yourself, and learn why it's the summer skin companion you didn't know you needed. 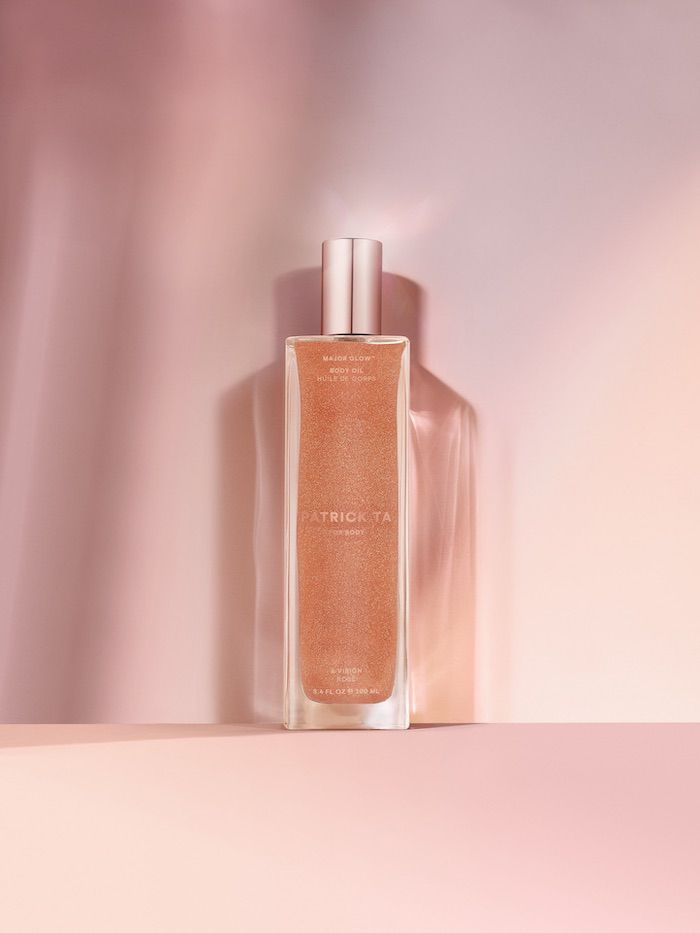 Here's the new shade, which is called 'A Vision.' It's a rose-gold shade that sits somewhere between the first two shades, A Dream ($52), which is a light champagne shade, and A Moment ($52), which is a deep bronze. At the time of publication, all three shades are available for purchase on Patrick Ta's website. However, if the past is any indication, we're guessing they'll be sold-out again soon, especially the new rose-gold shade, since it's universally flattering and oh so summer-y. Seriously—imagine the way this shimmer would look under direct sunlight. It would make your skin look insanely radiant in the very same way that Ta's own celebrity clients do after he applies their makeup.

Here's the new A Vision Major Glow Body Oil in action. As you can see, the chic glass bottle has a spray-tip dispenser (just like the other two body oils before it). Spritz it anywhere on the skin where you'd like a dose of shimmer and sun-lit radiance, then buff it out, either with your hands or Patrick Ta's accompanying Major Glow Body Brush ($35). We suggest using the latter. The Kabuki-style brush is soft and dense, and diffuses the oily shimmer evenly across the skin, whereas your hands might streak the shimmer, making it look less even, glowy, and lit-from-within. 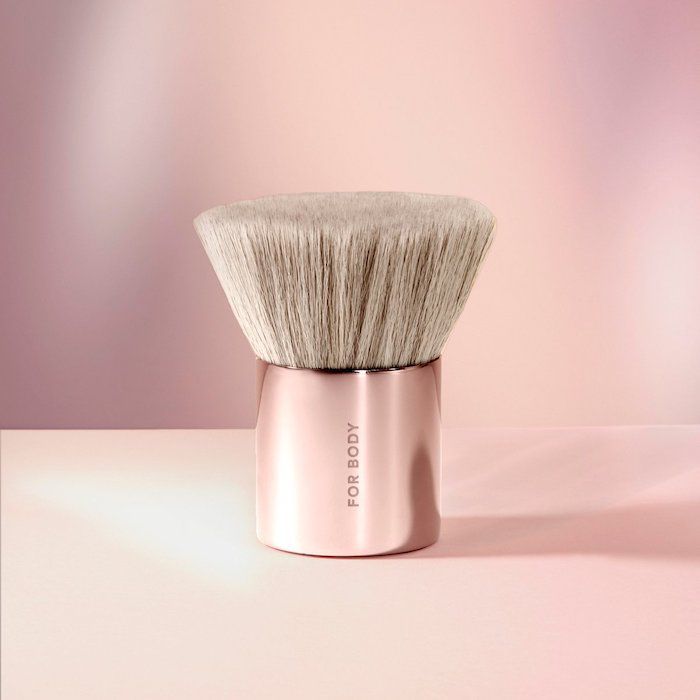 Aside from the obvious shimmer effect, the other thing we like about this body oil is that it has real skin benefits, thanks to stabilized vitamin C, vitamin E, magnolia bark, and olive oil and squalane. The first ingredient brightens the skin and stimulates collagen production. The second and third ingredient also offer antioxidant benefits, while the fourth and fifth ingredient moisturize the skin without leaving behind any greasiness or slick residue.

We don't know about you, but we'll be spraying this shimmery body oil all over our skin all summer long.