As recommended by Mother herself.

Bianca Lambert
Bianca is a contributing writer for Byrdie specializing in natural hair and skincare. You can find her work in xoNecole, The Everygirl, POPSUGAR, Travel Noire, and more.
Byrdie's Editorial Guidelines

If you follow fashion and beauty, you likely have heard a major name that's influential within both industries: Pat McGrath. With a career spanning three decades, the esteemed makeup artist and entrepreneur is one of the most sought-after beauty creatives in the world. With accolades like being named one of Time Magazine's 100 most influential people in 2019 and becoming the first makeup artist to be made a British dame by Queen Elizabeth II, McGrath is an indisputable icon. Her namesake cosmetics empire—Pat McGrath Labs—gives makeup enthusiasts everywhere an opportunity to express themselves with glamorous, high-end products that grace runways, red carpets, and photoshoots globally. Pretty cool, right? We think so too.

Like many Black women, McGrath struggled to find foundation shades that matched her skin tone, which served as inspiration for her acclaimed line. "When I was younger, it was nearly impossible for me to find the right shade of foundation," she tells Byrdie via email. "This was literally the reason I created my brand. It was important to me to create products and colors that would work on everyone. No matter what your age or skin tone. What matters is that the color is consistent on all people no matter what your shade." For the self-made entrepreneur—whose company is now valued at over $1 billion—product innovation and long-lasting performance are critical.

Based in: New York

"I spend a lot of time testing and developing colors and formulas," McGrath shares. "For example, I want to ensure that a lipstick like our award-winning MatteTrance Lipstick in the shade Elson appears as the same gorgeous red on people of various skin tones. I personally supervised tests on over 500 people of all ages and races to ensure that it works as well from someone with the same complexion as its namesake Karen Elson (she wears Skin Fetish: Sublime Perfection Foundation shade Light 1) all the way to a very deep shade (like Deep 36), and every skin tone in between. We test every shade on so many different people, from backstage to editorial shoots, and even in the office. We verify that it works on everyone before anything gets released."

The MatteTrance Lipstick is beloved by editors, fellow makeup artists, and beauty connoisseurs alike, and you'd think that was the hero product to launch McGrath's namesake line. However, the product that started it all in 2015 was Gold 001: a glimmering golden eyeshadow formula resembling liquid metal. "I have always been a huge fan of gold," McGrath shares. "I wanted a next-generation pigment with incredible color and shine that would give a rich, liquid-like glaze of intensity. I packaged it in a gold foil bag that contained the pigment, a spatula, mixing liquid, and couture sequins." With the launch of this eyeshadow, Pat McGrath Labs was initially a limited edition drop, but lucky for us the brand is here to stay.

"I wanted to bring product innovation to the public in real-time," McGrath explains. "I covertly debuted Gold 001 in the Prada Spring 2016 runway show, and the global obsession began." Launching the coveted shade just one month after debuting the blingy hue on the runway was no easy feat. "I still can’t believe we managed to launch it to the world just one month after the show! It was perfect timing and unlike any other makeup out there, so exciting," she says. "That’s where our mantra use without caution really came from. I want [Pat McGrath Labs] makeup to be about experimentation, creativity, and joy." 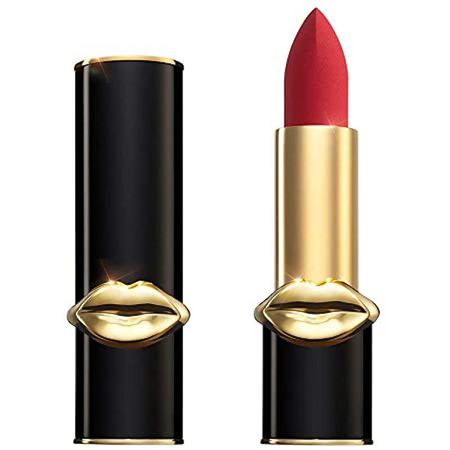 "One of the most quintessential bestselling products is the MatteTrance Lipstick," McGrath shares. "I wanted to create a matte lipstick with long-wearing opaque color that also felt weightless and hydrating on the lips. The innovative modern matte formula is luxurious and richly pigmented with high-impact coverage. It’s my dream lipstick because it combines my seven-step backstage process in one iconic formula. Some of my favorites and our most popular shades are Elson, Omi, and Flesh 3." 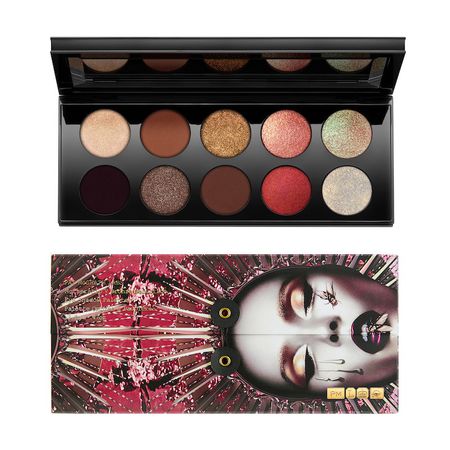 The beloved Mothership palette series has nine variations, each with uniquely curated eyeshadow colors and finishes. "People all over the world get inspired by the colors, textures, and formulas because there is nothing else like them," McGrath shares. "The formulas are otherworldly with next-generation technology, delivering seamless blending and one-stroke, richly pigmented, fully opaque saturation. The most sought-after palette is Mothership V: Bronze Seduction with its mesmerizing metallics and mattes. The newest—Mothership IX: Huetopian Dream—is waking everyone up with shades ranging from iridescent amethyst and solar bronze to shocking coral." 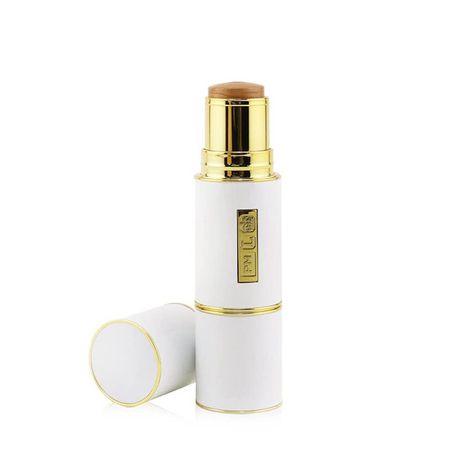 "I couldn’t talk about signature products without letting you in on my secret to runway radiance: the Skin Fetish Highlighter & Balm Duo," McGrath shares with enthusiasm. "This is a staple in my kit that delivers sheer luminosity and naturally glowing skin! It’s my highlighter heaven, and I’ve used it on every show and on every set for the last 20-plus years." 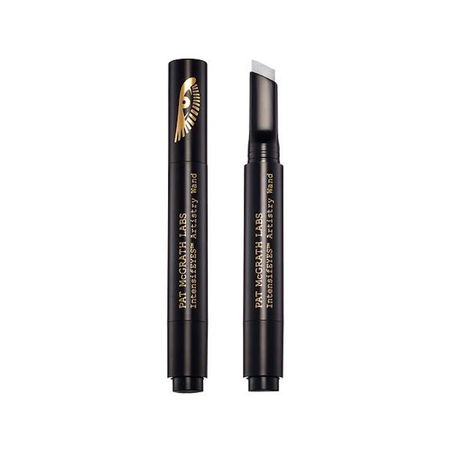 Pat McGrath's eye looks are truly showstoppers, and her new IntensifEyes Artistry Wand "combines the versatility of a mixing liquid with an easy-to-use pen that delivers instantly amplified shadow vibrancy that lasts," she says. "These tools and products are incredibly easy and useful for everyone. You certainly do not have to be a makeup artist to use and love them." 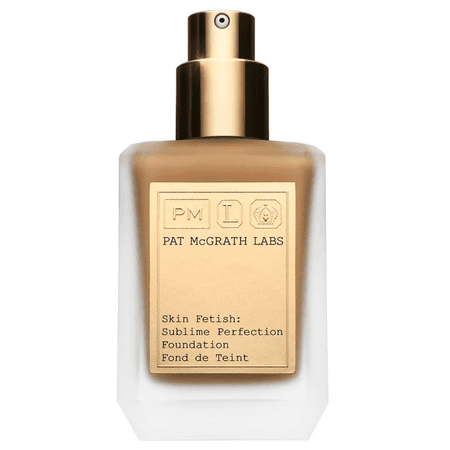 The Sublime Perfection Foundation is another fan favorite from Pat McGrath Labs. Available in 36 shades, this oil-free, self-setting foundation offers a serum-like formula with coverage that can build from sheer to medium and lasts for up to 12 hours. 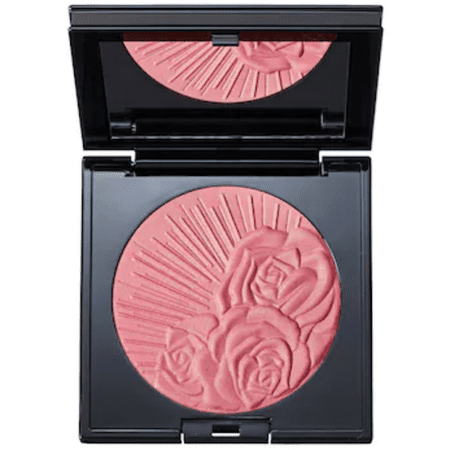 With two finish options—demi-matte and satin pearl—and nine shades, this luxe, easy-to-layer blush was one of the most requested Pat McGrath Labs launches ever. Formulated with ultra-fine powder pigments, you get blendable, mistake-proof application every time.