Dermatologists Want You to Use Panthenol With Your Hyaluronic Acid Products

Board certified dermatologists weigh in on the benefits of panthenol for skin.

What Is Panthenol? The Benefits The Side Effects
How to Use It The Best Products With Panthenol


In the world of hydrating ingredients, there are a handful you hear about time after time and get all the buzz (we’re talking about you, hyaluronic acid). But allow us to introduce you to one of the unsung heroes of the bunch—panthenol. Also known as provitamin B5, it's found in a wide array of skincare, as well as makeup and haircare products, thanks to its excellent moisturizing qualities. It functions in several different ways, both as a humectant, attracting water to and holding it in the skin, as well as an emollient, smoothing and softening the skin.﻿﻿ While panthenol rarely earns a starring role in skincare, dermatologists agree that it's worth seeking out. Ahead, Denver-based plastic surgeon and skin expert Dr. Manish Shah, MD, and Dr. Suneel Chilukuri, MD, of Refresh Dermatology in Houston, TX, weigh in on exactly why, and offer up all the other need-to-know details about this mega-moisturizing ingredient.

MAIN BENEFITS: Binds to and holds water in the skin, moisturizing and leaving it soft, smooth, and more supple. It also has anti-inflammatory properties and is involved in activating the proliferation of cells that are important for wound healing and restoring the function of the skin barrier.

WHO SHOULD USE IT: In general, panthenol is good for all skin types, and particularly those with dry or flaky skin.

WORKS WELL WITH: Humectants like hyaluronic acid and glycerin, as well as ceramides

"Panthenol is the provitamin—a precursor, or substance that the body can convert into a specific vitamin—for B5,” explains Shah. In this case, when panthenol is applied topically, it’s quickly converted into vitamin B5, also known as pantothenic acid. “B5 binds to and holds water effectively, moisturizing the skin and helping it maintain softness and elasticity,” says Chilukuri. Unlike other common moisturizing ingredients such as hyaluronic acid, panthenol has the added advantage of acting as both a humectant and an emollient.﻿﻿ Humectants attract to and bind water to the skin, while emollients seal in the cracks in the skin, keeping that water locked in.

These stand-out moisturizing abilities make it a prime ingredient not only for many skincare products, but also haircare and makeup, too. “Panthenol is found in many products for many different parts of the body and may already be in the products you’re using,” notes Shah. Seriously, do a quick scan of the staples in your daily regimen and we're willing to bet panthenol is in at least a handful of them. It has a similar effect on hair as it does on skin, increasing both softness and shine; this is why it commonly pops up in many hair products, particularly conditioners and leave-ins. In makeup, it's used for those emollient and moisturizing qualities. (FYI, if you don't see panthenol on the ingredient label, look for any one of its other pseudonyms. Provitamin B5, butanamide, and d-pantothenyl alcohol are all the same thing.)

Panthenol also gets big points for being well-tolerated by most. According to Chilukuri, It has a GRAS rating (generally recognized as safe and effective), and it's an excellent choice for reducing irritation while also improving skin barrier function. Along with being a great moisturizer, it activates the production of cells that are essential for wound healing and skin barrier-strengthening, he adds. (As a quick reminder, the skin barrier is the outermost layer of the skin, playing an essential role in keeping toxins and irritants out, and moisture locked in.)

Benefits of Panthenol For Skin

Alongside its top-notch hydrating benefits, panthenol also has some other noteworthy effects, particularly as it pertains to calming the skin and promoting wound healing.

Side Effects of Panthenol

Panthenol is generally well-tolerated by most people. As with any other ingredient, an allergy is always possible, though the likelihood here is low. If you’re concerned, you can always test a small amount elsewhere on your body before applying it all over your complexion.

Panthenol is fairly innocuous in that it plays well with most other ingredients, so maximizing its efficacy has less to do with the other ingredients involved and more with how you use it. "It works well on freshly cleaned skin," says Shah, who advises washing your face and using a toner to remove excess dirt and grime, then following that up with a lotion or cream that contains panthenol. Since it's found in a multitude of products, your best bet is to follow the directions for the particular formulation when it comes to determining how many times per day to use it, he adds. Though again, because it's highly unlikely to cause any type of irritation, using it even multiple times a day shouldn't pose any problems.

The Best Products With Panthenol 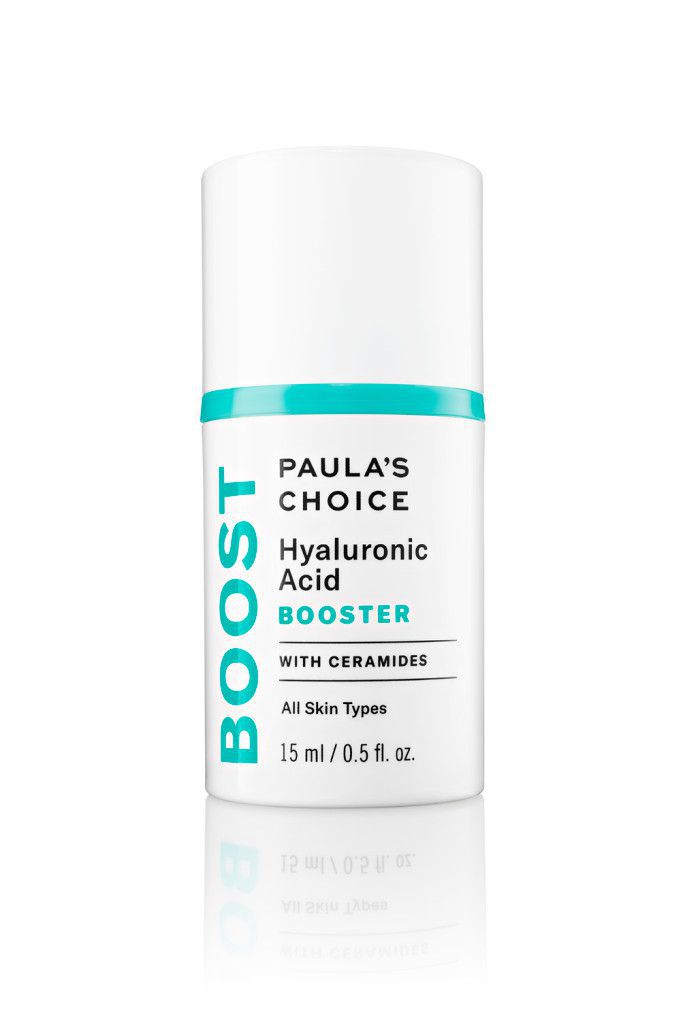 "By mixing hyaluronic acid with panthenol, this product hydrates even the deeper layers of skin and can be used for a variety of skin types," says Shah. Ceramides and glycerin round out the list of big-boy moisturizing ingredients, and you can also use it alone, or mixed in with any other moisturizer or serum. 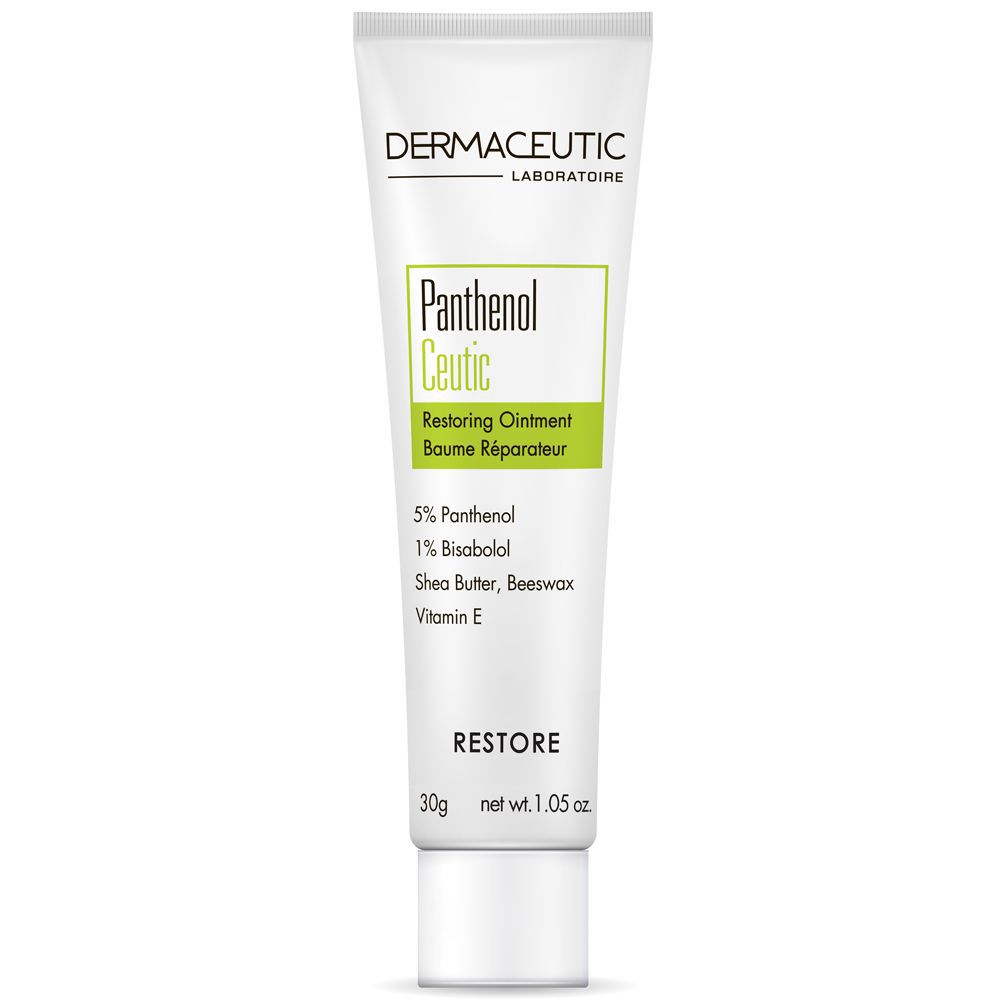 "With five percent panthenol, this product does a great job of, again, moisturizing the deeper layers of the skin," says Shah. Here, it's mixed with bisabolol meant to soothe, making it choice for skin that's extra dry or compromised after a procedure like a peel or laser . 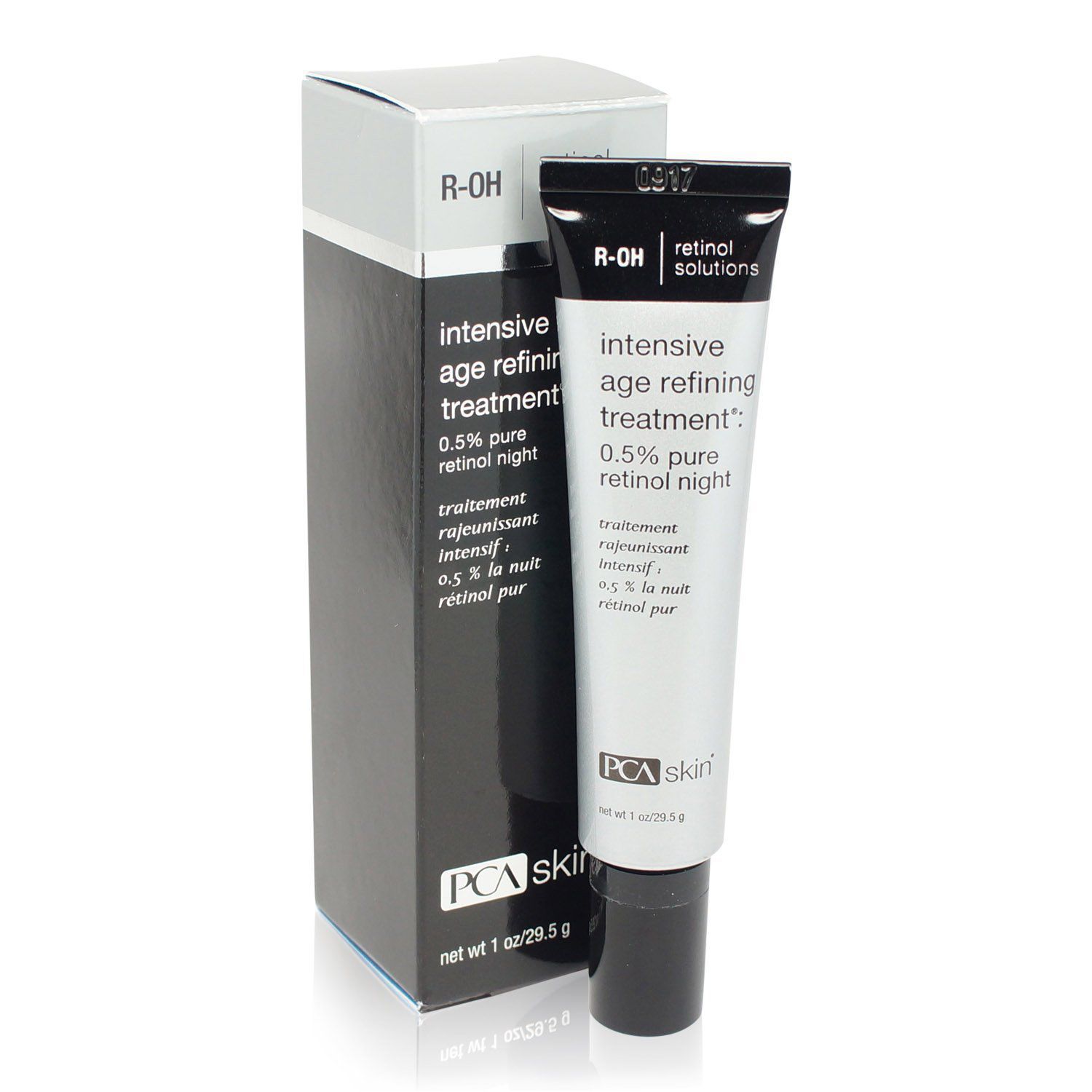 "Aging skin needs retinol, but aging skin is also more likely to be dry and dehydrated," says Chilukuri. This formula benefits from the addition of panthenol to soothe and hydrate, without detracting from the anti-aging effects of the retinol, he points out. It also helps reduce the likelihood of the potentially irksome side effects of retinol, namely redness, dryness, and flaking. 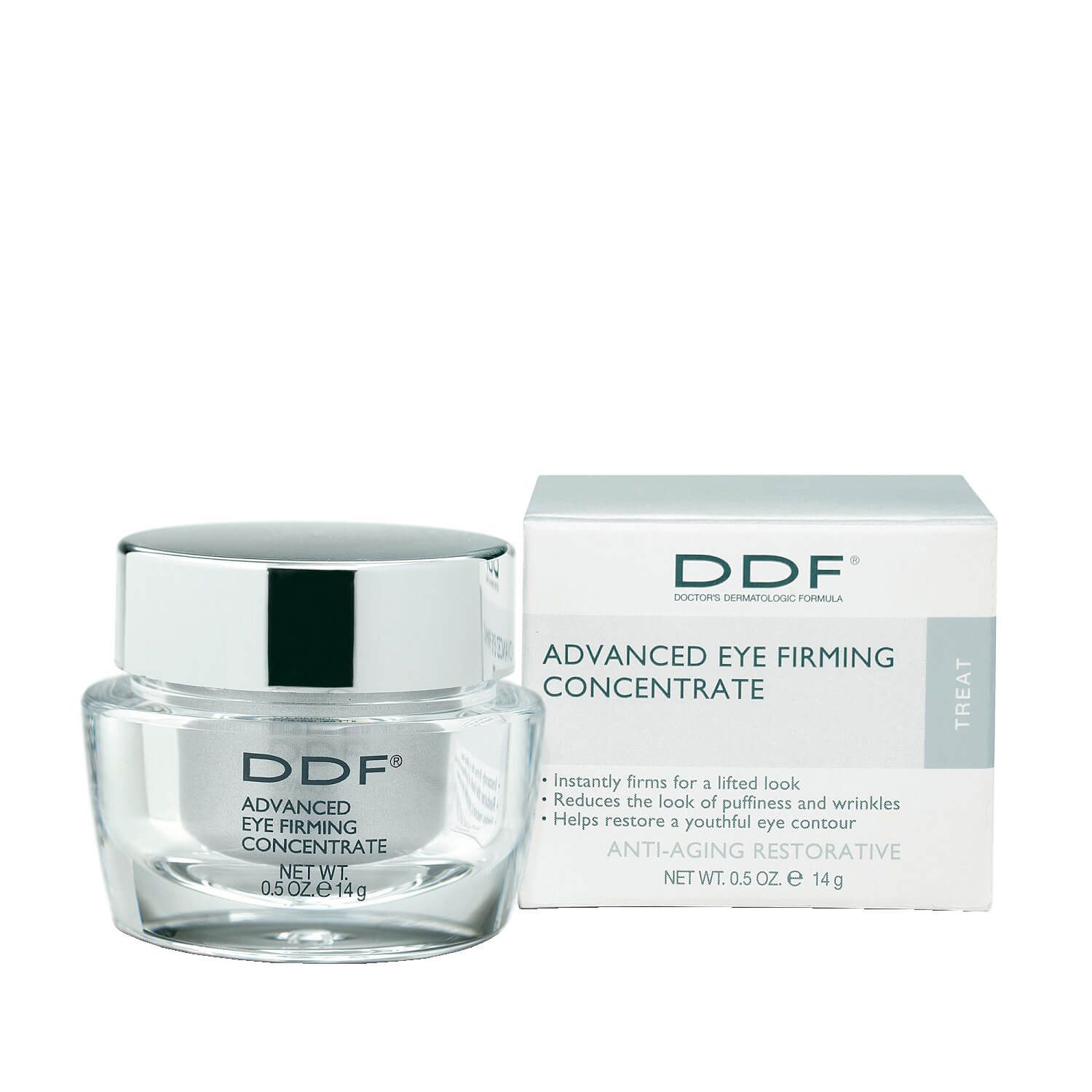 This multi-tasking eye cream does a good job of hydrating, tightening, and toning mature or damaged skin around the eyes, according to Shah. Credit panthenol combined with other heavy-hitting vitamins such as vitamins E, B3, and A. The formula also helps combat puffiness, making it choice to use in the mornings. 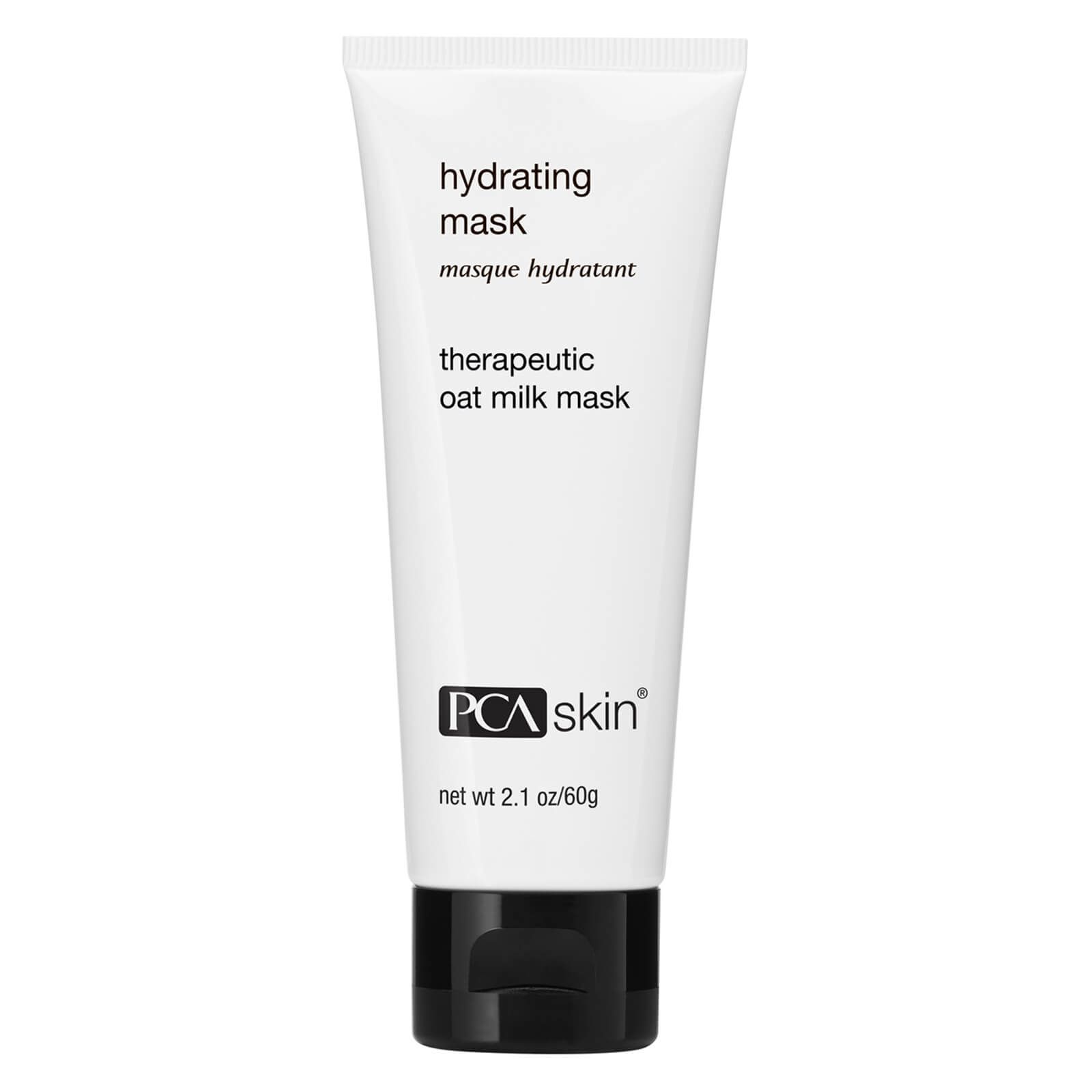 Chilukuri recommends panthenol in hydrating products such as this one, thanks to its ability to improve barrier function and increase moisture retention. Not only is this mask choice for quenching a parched complexion, both the panthenol and oat milk extract in the formula are ideal for helping to calm irritated skin. Leave it on for five to 10 minutes, once a week, to reap the benefits.

"This is incredibly hydrating because it mixes panthenol and aloe vera to prevent dryness in the surface layer of the skin," says Shah. While it doesn't have the the bells and whistles of serums with higher concentrations of panthenol, it's a subtle—and affordable—way of partaking in the benefits of the ingredient, he adds. Mist it on pre-makeup for a refreshing and smoothing boost that will improve the look and feel of your complexion, and the makeup you put on over it. 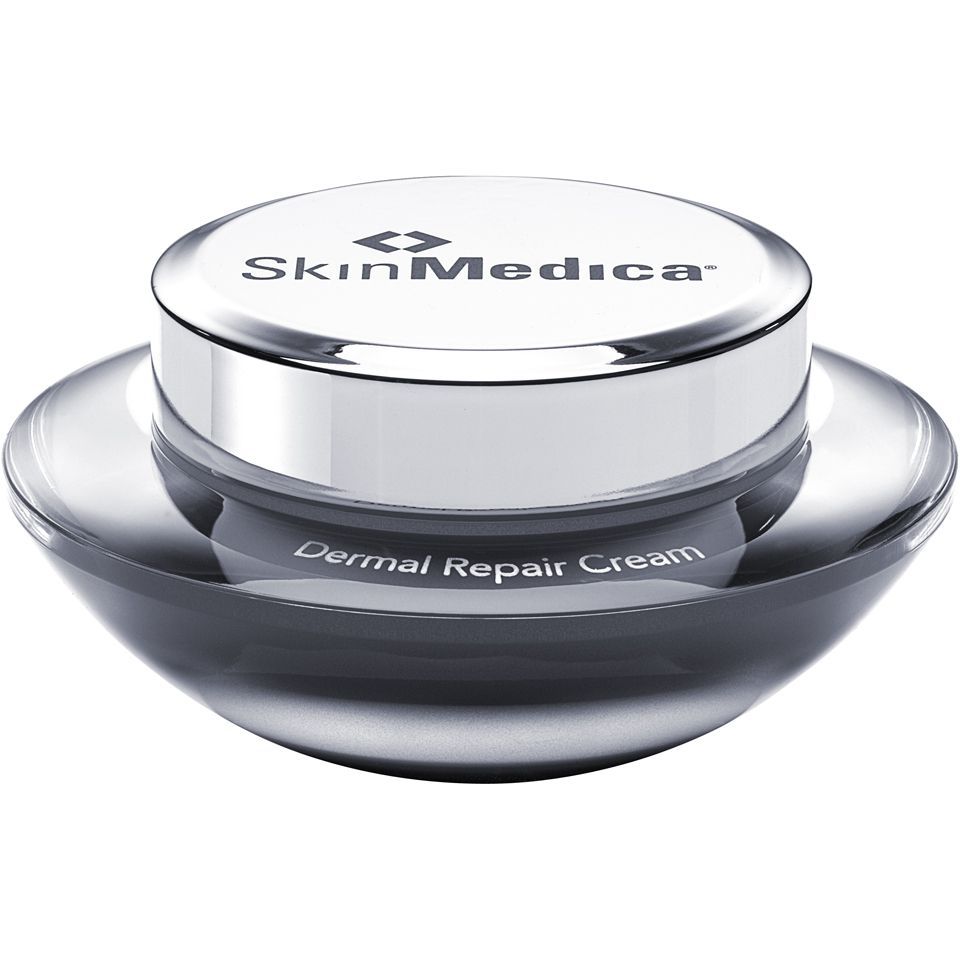 With "intense hydrating and skin smoothing effects," this is another one of Chilukuri's panthenol picks. Use it daily to not only keep skin plump and hydrated, but to also help ward off fine lines and wrinkles, thanks to the addition of collagen-boosting vitamin C and antioxidant-rich vitamin E.

This Unheard of Ingredient is a Major Skin-Saver
Article Sources
Byrdie takes every opportunity to use high-quality sources, including peer-reviewed studies, to support the facts within our articles. Read our editorial guidelines to learn more about how we keep our content accurate, reliable and trustworthy.