These Magical Pajamas Promise to Help You Sleep Better

My thoughts toward sleep can best be summed up like this: more, please. I love the feeling of slipping into crisp, freshly washed sheets after a long day, or lazily opening my eyes on a Sunday morning to be greeted by sunlight (well, in my case, downtown L.A.’s smoggy haze)… If it didn’t sound so incredibly morbid, I might proclaim that I wish I could sleep forever (but it does, so I’ll refrain—and also, I have some semblance of an actual life, I swear).

But sleep, like all things that bring joy (i.e. donuts, online shopping, speaking in a faux British accent when you've had one too many tequila sodas), has its downsides. Like the fact that it can elude you when you need it the most. Or, when you are deep in the throes of its embrace, something can feel off, and you’re left tossing and turning (or, in my case, sweating) throughout the night.

Though I haven’t suffered from insomnia since middle school, my quality of sleep hasn’t been the best of late. Thus, when I caught wind of a pair of magical pajamas that promise to help you sleep better—supported with scientific evidence, no less—I knew I had to try them out.

Lunya, for the unschooled, describes itself as sleepwear for the modern woman. Launched by former business exec Ashley Merrill, the line bridges the gap between restricting, uncomfortable “sexy” lingerie and the "oversize T-shirt you probably got for free" look. Browse the company's site and you’ll see an assortment of chic yet comfy separates—all things you’d want to cozy up in, as well as show off. Its Meneya line was the one I wanted to try out, namely for the fact that it’s made with a fiber called Celliant.

And herein lies the magic. This fabric has been clinically proven to increase oxygen levels in the body by 10 to 24 percent in a healthy population—and healthy oxygen levels help your cells grow stronger, injuries heal quicker, increase endurance, and minimize areas of pain. But that’s not even the best part. Celliant has also been clinically proven to help your body maintain an ideal temperature, which results in a more restful and deeper sleep. According to studies, when Celliant was used in bedding, subjects fell asleep 15 minutes faster on average, and 50 percent of the participants reported a noticeable improvement in the overall quality of their sleep. “We’re constantly trying to push boundaries, and Meneya represents years of teamwork between Lunya and Celliant as we work together to try to pioneer a fitting option,” says Merrill. (You can read more about the studies done on Celliant here.)

The Meneya line is made with a blend of Celliant, Supima cotton, and Lycra, and calls itself a “deliciously soft fabric.” I have received a set of these wondrous pj's myself, and can indeed attest to their delicious softness. The line consists of of a muscle tee and shorts, which come in four shades: lilac, gray, navy, and pale pink. When I eagerly put them on for the first time, I was blown away by how comfortable they were. These are the kinds of pajamas you will want to change into the minute you come home from work, and perhaps not change out of all weekend (I know this, because I have done both of these things). They’re not the most fashion-forward sleepwear (though my boyfriend did somewhat snidely ask me if I was wearing “Yeezy S/S 16” when he saw me wearing the lilac set for the first time—I chalk it up to jealousy), but they are way chicer than your standard T-shirt-and-boxers combo, and most important, they help you sleep.

So—the final question: Do they work? In short: Yes, I think. When I wore my muscle tank and short combo to bed the first night, I had the most deep and restful sleep I’ve had in a long time. But surely that was just some sort of unconscious placebo? Surely, these pajamas couldn’t be as magical as they promised? But no—the second time I wore them, I slept just as easily—I might even go as far as to say I slept deliciously. Since then, I’ve worn these pj's almost every night. Speaking of which, did I mention the fabric requires no extra special care? You can throw them in the washer and dryer like you would any cotton tee.

I can’t say that every single night I’ve worn the set has been uninterrupted, but in general, I think my quality of sleep has improved. And it should, given the pajamas' price point—the top is $62 and the bottoms are $68, so they’re definitely a splurge (or perhaps something to put on a birthday wish list). But if you’ve run out of all other options (did you try one of these?) and have the funds (or consider them an investment to improve something you spend half your life doing), why not take a risk? At the very least, you’ll get a pair of super comfy pj's you’ll be reluctant to take off. 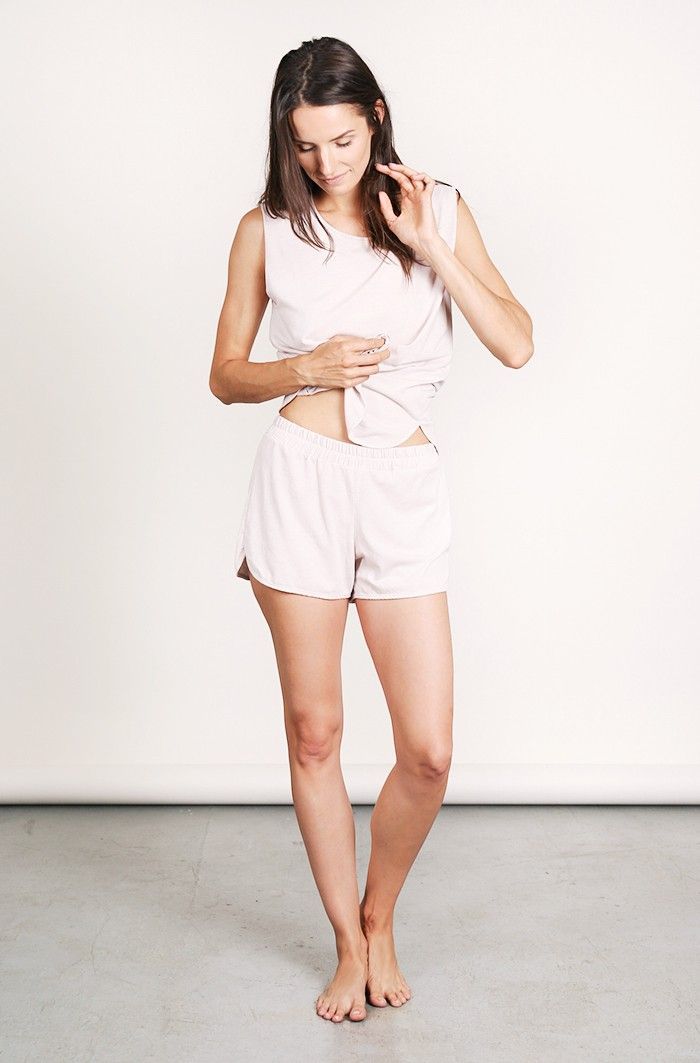 What do you think—would you splurge on these pajamas if they helped your quality of sleep? Tell me below!