Ovarian Cancer Is Less Known But Serious—Our Doctor Reveals All 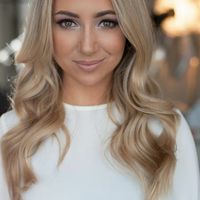 Ovarian cancer might be a rather somber topic for this month's column, but it's a very important one all the same. Ovarian cancer is the sixth most common type of cancer in women and is the biggest gynecological killer in women. It has a poor survival rate, as it often diagnosed when it as already spread.

As this month is Ovarian Cancer Awareness month, it's a great opportunity to reinforce the work of brilliant charities such as Ovarian Cancer Action and raise awareness of the disease and its symptoms—and that's exactly what it will take to improve detection of the disease and, in turn, improve survival rates. As the saying goes, knowledge is power, so read on for all you need to know about this pressing issue.

Ovarian cancer is cancer of ovaries. The ovaries are the tiny walnut-shaped glands either side of the uterus. Our ovaries are at the heart of our fertility; they store and release our eggs as part of our monthly menstrual cycle and they also produce our female hormones estrogen and progesterone.

And What Are the Stats?

What Are the Symptoms?

The problem with the diagnosis ovarian cancer is that very often no symptoms develop until the cancer is more advanced, and those symptoms that do present can be quite non-specific so may not raise alarm bells in you or your doctor. It's for this reason that I think all women should be familiar with the symptoms of ovarian cancer. Listen to your body. If you feel unwell, or just not right with some of the symptoms I have listed below, please please don’t ignore it or wait for it to get worst before seeing your doctor. Your GP will be more than happy to see you and explore your symptoms sooner rather than later.

Here are the symptoms you are looking out for:

Other symptoms that can develop:

How is Ovarian Cancer Diagnosed?

During your initial consultation, your GP will take your history and examine you. They will then further tests including:

Ultrasound This is a painless, non-invasive scan. This is the same scan that is used during pregnancy (so no need to be feared!).

How Do We Treat it?

The treatment advised in each case depends on various factors such as the stage, type, and subtype of cancer and your general health.

In summary, ovarian cancer is something to be taken seriously and early detection is the key to survival. But you know your body best—if you have any of the symptoms, be sure to see your doctor sooner rather than later. And remember, investigations are simple and painless.