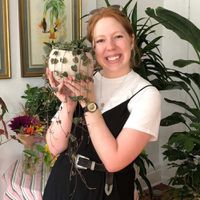 Katherine Pittman
Katie is a former updates and SEO editor at Byrdie. Her writing has appeared on MyDomaine, O, The Oprah Magazine, BestProducts.com, and more.
Byrdie's Editorial Guidelines

I’ve always believed when it comes to a shower routine, simple is better. For me, a nighttime shower is the perfect way to end the day. It’s a relaxing ritual that allows me to focus on taking care of myself—until I have to shave.

As probably a lot of people who shave feel, I just thought irritation was part of shaving. No matter how many times I switched my razors, cream, or method, the razor bumps persisted. That is, until I tried the Oui the People safety razor.

About the brand: Oui the People, founded by Karen Young, specializes in luxurious shaving products, including its cult classic skin razor and body oils. 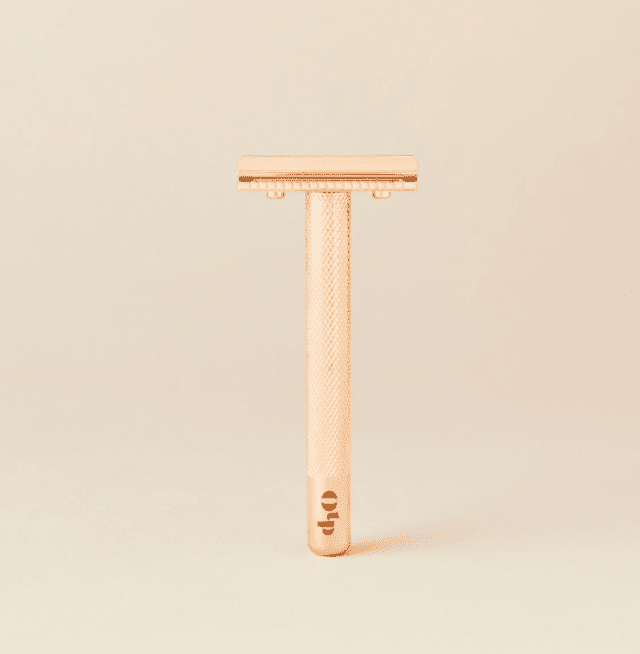 About Oui The People

I had seen ads for the razor and shaving products while scrolling through Instagram. I’m not usually a rose gold person, but something about the shiny razor and simple packaging caught my eye (the razor is also available in matte black if that’s more your style). Maybe it was how luxurious it looked, but I knew I had to try it—plus, who doesn’t want to support a woman-run company? Karen Young, the founder of Oui The People (formerly Oui Shave), built her company when she realized she wasn’t the only person who really hated shaving. Not to mention, it messed with her skin, too. She focused on creating a product that's nice to use and could become part of a self-care ritual. The name change came from wanting to "make sure we left room for anyone who connects with the brand to feel at home here,” especially non-binary customers.

The name change came from wanting to "make sure we left room for anyone who connects with the brand to feel at home here,” especially non-binary customers.

She remembered growing up and watching her uncles shave with stainless steel safety razors. They took their time to shave, never rushing through their routine. “I remember running to the back of the house and watching them get ready in the morning,” Young says. “It was this really fantastic ritual.” So, she thought, why didn’t women have a similar ritual?

About My Skin: Extremely sensitive

Shaving has always felt like a chore. When I was younger, I was embarrassed by the hair on my legs and underarms, and begged my mom to let me shave. When she finally caved, I immediately saw why she was hesitant to let me do it. My sensitive skin was left blotchy, dry, and covered in razor bumps. I had used a new razor and shaving cream, but clearly, my skin was not having it. In the years to come, I tried nearly everything I could to remove my body hair: waxing, hair removal cream, a myriad of different shaving creams and oils—but I was always left with irritation.

Young began by researching how the blades of a razor actually affect your skin. The aggressive levels of a razor—meaning how harsh it is on skin—was really important to her. The less aggressive, the better. After testing the Oui razor prototype on herself, Young started sharing razors with her friends, then beauty influencers, and then, people started asking how they could order one.

Her business grew from there. Young started the business entirely by herself, responding to all customer emails, taking critiques about the razor to heart, and applying them to her design. Once she felt she had the perfect razor prototype, she reached out to a safety-razor manufacturer in Germany.

The rose gold razor was the first she created, and she made sure that as little of the blade as possible was exposed, meaning there was less likelihood for skin irritation when shaving. The razor is also situated at a very tight angle, making for an extremely gentle shave. “The reason we did that was because we’d be shaving everywhere from legs, to bikini areas, to armpits,” she says. “There’s also some training to using a manual razor, we just wanted to make sure it’s an easy hurdle to get over when using the product.”

The Feel: Gentle and smooth

The first time I used the razor, I was surprised by just how easy it was. There is a nice weight to the razor, so I didn’t even feel the need to press down while shaving. In fact, the shave was so gentle that I had to check and make sure I was actually dragging the blade against my skin and not just the smooth razor head. I used a shaving oil as a barrier between the skin and my razor, helping further reduce irritation that could be caused by shaving. Oui also has a shave gel-to-milk formula available if that's your jam.

How to Use: Practice makes perfect

Young's tips for navigating the learning curve? Take your time. You’re more likely to cut yourself if you rush while shaving, no matter what kind of razor you use. Since the Oui razor is rather heavy compared to disposable razors, there’s also no need to add a ton of pressure while you’re using it. It also helps to hold the razor at a 30-degree angle, which helps you get the closest shave possible. You can also watch the tutorials on the Oui website to see exactly how to use the razor properly.

No need to use a ton of pressure—simply drag the razor along your legs or underarms like you're tracing a feather, notes Young.

After watching a tutorial video, I felt prepped and ready to start my shaving experience. After my shower, I patted my legs dry and marveled at how smooth they felt. I didn’t have any stinging from razor bumps like I got from disposable razors, and the shave oil lingered just enough to make my legs feel moisturized, even after I dried off. The next day, I still didn’t have any irritation, even on the super sensitive skin around my bikini line.

I have never had such a positive experience shaving—so much so that using the razor has become part of my self-care routine. I make time to shave now, and it’s become a ritual I intentionally choose not to rush through. It was a way of saying “yes” to taking care of myself.

“I am so tired of people saying ‘no’ to women and not just when it comes to shaving,” Young says. “I’ve decided it’s time to say ‘yes’ to women in a wholehearted way, and I don’t care if anyone thinks it’s cheesy.”

Priced at $75, the razor is quite expensive, there's no denying that. And there's one more pesky problem: the razor and additional products like the shaving gel are frequently out of stock. If you really want to get your hands on one, pre-ordering is the best bet.

There are a number of things to consider when thinking about the price. First, think about how much money you've spent over the years on disposable razors. I know I've spent more than $75, and those razors just get thrown in the trash and contribute to excess waste. The Oui the People razor is environmentally friendly and also provides you with an incredibly luxe and sophisticated shaving experience. Once you buy the razor, the refillable blades are only $11 for a pack of 10, which is basically pennies once you think about how often you shave. Plus, the company is Black-owned and woman led, so supporting the brand is a no brainer for me.

Eco Roots Rose Gold Safety Razor: This razor could be considered a direct dupe for the Oui the People version, down to the rose gold hue. Priced at $33, it's slightly more lightweight and is made from a blend of stainless steel and zinc alloy.

Well Kept Dusty Rose Safety Razor: This super cute razor is made from solid brass and comes with a steel straight blade. At $81, it's an eco-friendly option as the handle and blades are both recyclable.

Our Verdict: Totally worth it

While the initial cost of the Oui the People razor might cause some sticker shock, I have to say that the effortless shaving experience, the way it feels luxurious and heavy in your hands, and the zero irritation I experienced make it worth the cost. Plus, you can wave bye-bye to all of those landfill clogging disposable razors and help save the planet at the same time. We call that a win/win situation around here.

12 Shaving Creams That Will Leave Your Legs Silky Smooth