Melanie Rud
Melanie Rud is a Chicago-based freelance beauty and lifestyle writer and editor. You can find her work in Allure, Pure Wow, Refinery29, and more.
Byrdie's Editorial Guidelines

If you're anything like us, when you hear "omega fatty acids" you probably immediately think of a fish oil supplement, not necessarily a skincare product. But omega fatty acids are one of those unique ingredients that straddle the line between both the health and beauty worlds, with benefits for your skin that can come both from ingesting them orally and applying them topically. Here, Robyn Gmyrek, MD, a board-certified dermatologist at Union Derm in New York City, and Dhaval Bhanusali, MD, a board-certified dermatologist in New York City, explain everything there is to know about omega fatty acids, including how what sets the different types apart, who should consider working them into a skincare routine, and the best products to try.

What Are Omega Fatty Acids?

Omega-3 Fatty Acids: The most common in this category are alpha-linolenic acid (ALA), eicosapentaenoic acid (EPA), and docosahexaenoic acid (DHA), says Gmyrek. They're all important components of the membranes that surround each cell in your body, and have a variety of well-known health benefits, including everything from helping to manage cholesterol, reduce inflammation, and even help brain development and function.

Omega 6 Fatty Acids: Linoleic acid, found in vegetable oils, is one of the most common omega-6 fatty acids.

Omega-3 and -6 fatty acids are polyunsaturated whereas omega-9 is monounsaturated, but the biggest difference is that omega-3 and -6 are essential fatty acids, meaning they can't be produced by the body, says Bhanusali. While all of the aforementioned nuances tend to apply more when it comes to overall health benefits and the ingestion of omega fatty acids orally, all three types tend to have very similar benefits for skin, and it becomes difficult to parse out differences among them (more on those benefits in a minute). However, "omega-3 and omega-6 are the most studied for skincare benefits, though most data does come from nonclinical settings," says Bhanusali.

"We learn a lot about what these essential fatty acids do for us when we look at people who have essential fatty acid deficiency, or EFAD, which significantly affects skin function," explains Gmyrek. Patients with EFAD experience both increased transepidermal water loss and have a poor integrity of the skin barrier, but topical application of oils (with these fatty acids), helps improve both hydration and barrier function, she says.

In other words, fatty acids help keep the outermost layer of our skin strong and healthy, and subsequently prevent moisture from escaping, while also helping to smooth the surface of the skin. (It's for this reason that both dermatologists say they're most beneficial for those dealing with dryness and/or issues related to a compromised skin barrier, more on that in a minute.) Bhanusali adds that topical fatty acids can also have anti-inflammatory and antibacterial properties, though again, points out that clinical data is limited.

While some companies are starting to add omega fatty acids into their formulations, straight up, the majority of the time, topical fatty acids are delivered via other ingredients, most often plant-based oils. While not all oils are created equal, some of the ones that are rich in omega fatty acids also tend to be comedogenic or pore-clogging, so those with acne-prone skin should proceed with caution when it comes to topical application, cautions Gmryek. (For example, olive oil is rich in oleic acid, an omega-9 fatty acid, but is comedogenic.) Bhanusali adds that some patients can also have an allergic or irritant reaction to some of these oils, citing rosehip oil (which contains omega-3's and omega-6's) as one example.

You can either look for a product that incorporates fatty acids directly, or seek out products that contain plant-based oils rich in omega fatty acids. Some of the most common include: safflower (omega-6), sunflower (omega-6 and -9), rosehip (omega-6 and -3), and blackcurrant seed oil (omega-6). You can use these oils in lieu of moisturizer, or, for extra moisture, on top of moisturizer. 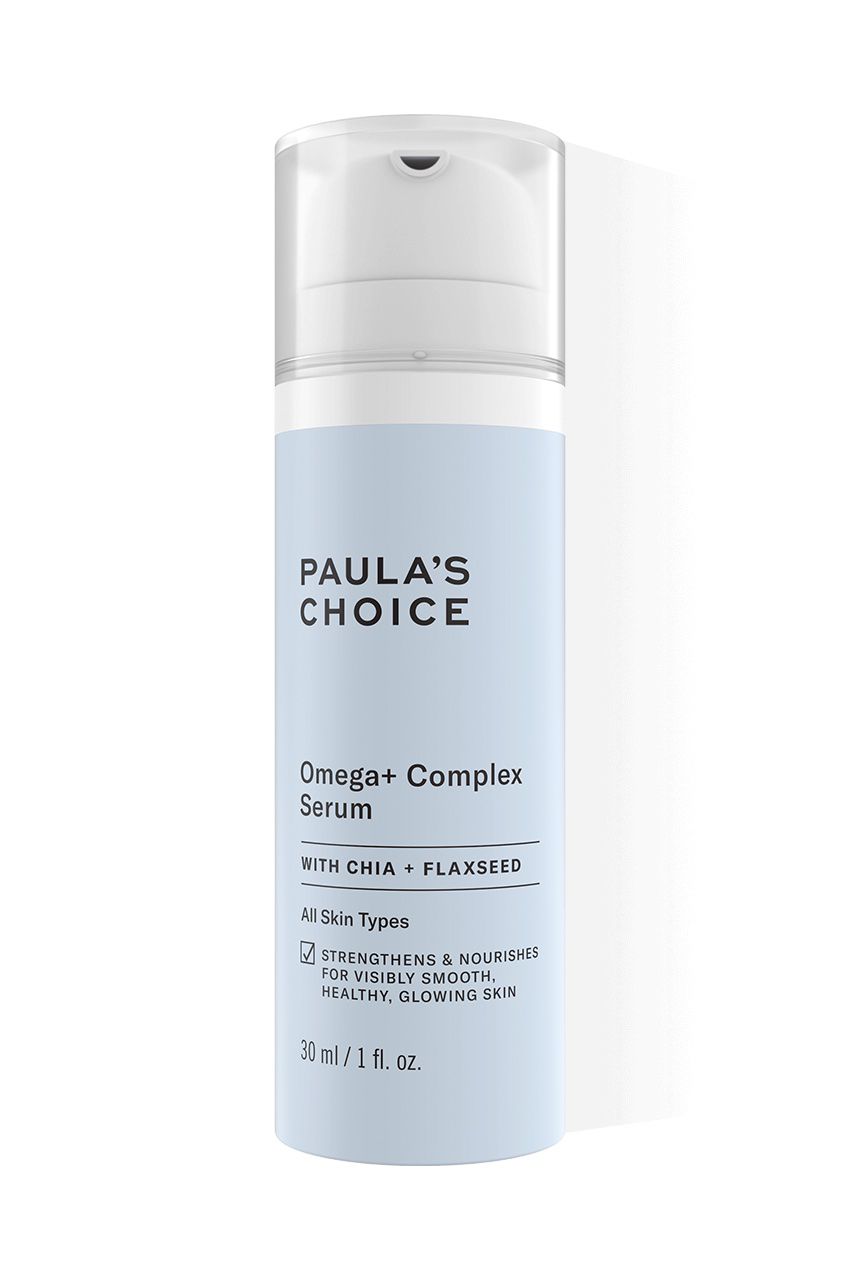 Gmyrek says several companies are now starting to add omega fatty acids directly into their serums and moisturizers, and calls out this one, which includes omega-3, -6, and -9 fatty acids. The addition of ceramides further ups its skin-barrier-strengthening effects. 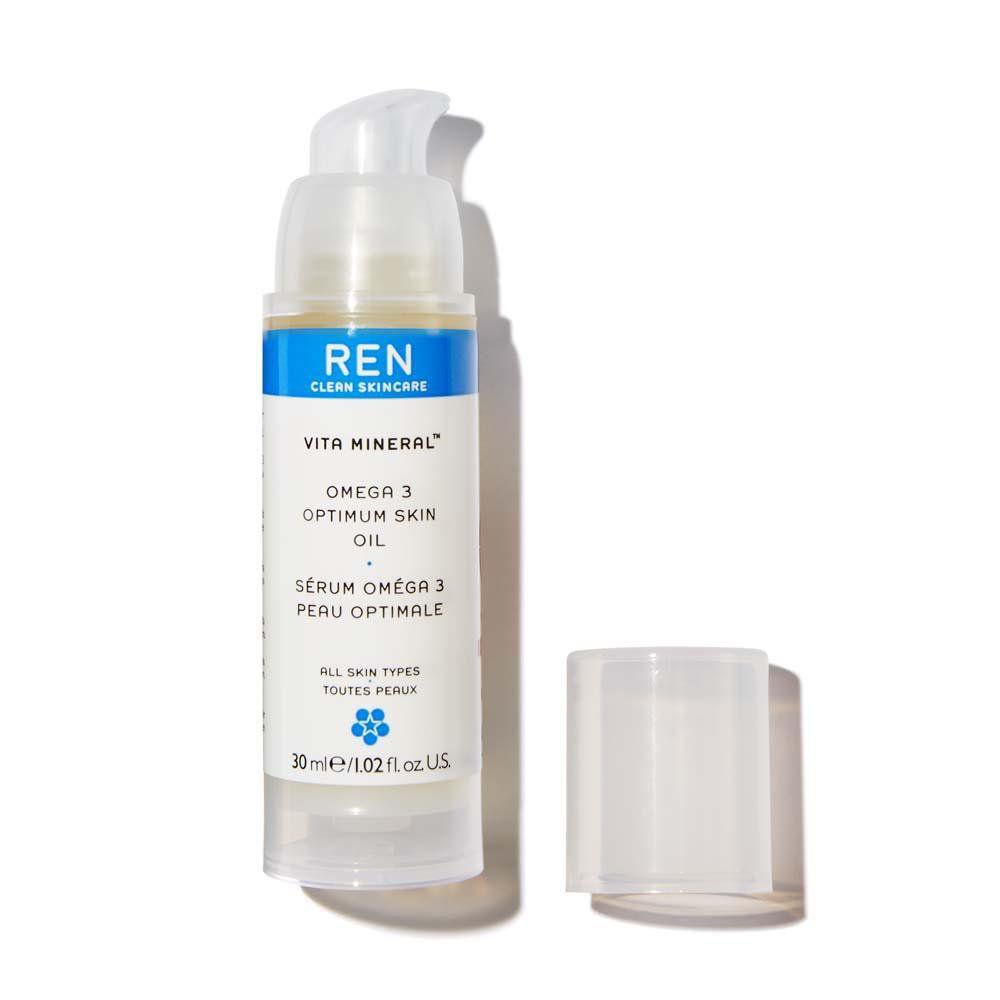 This lightweight formula combines several different oils, including incha-inchi and rosehip, both rich in omega-3 and omega-6 fatty acids. 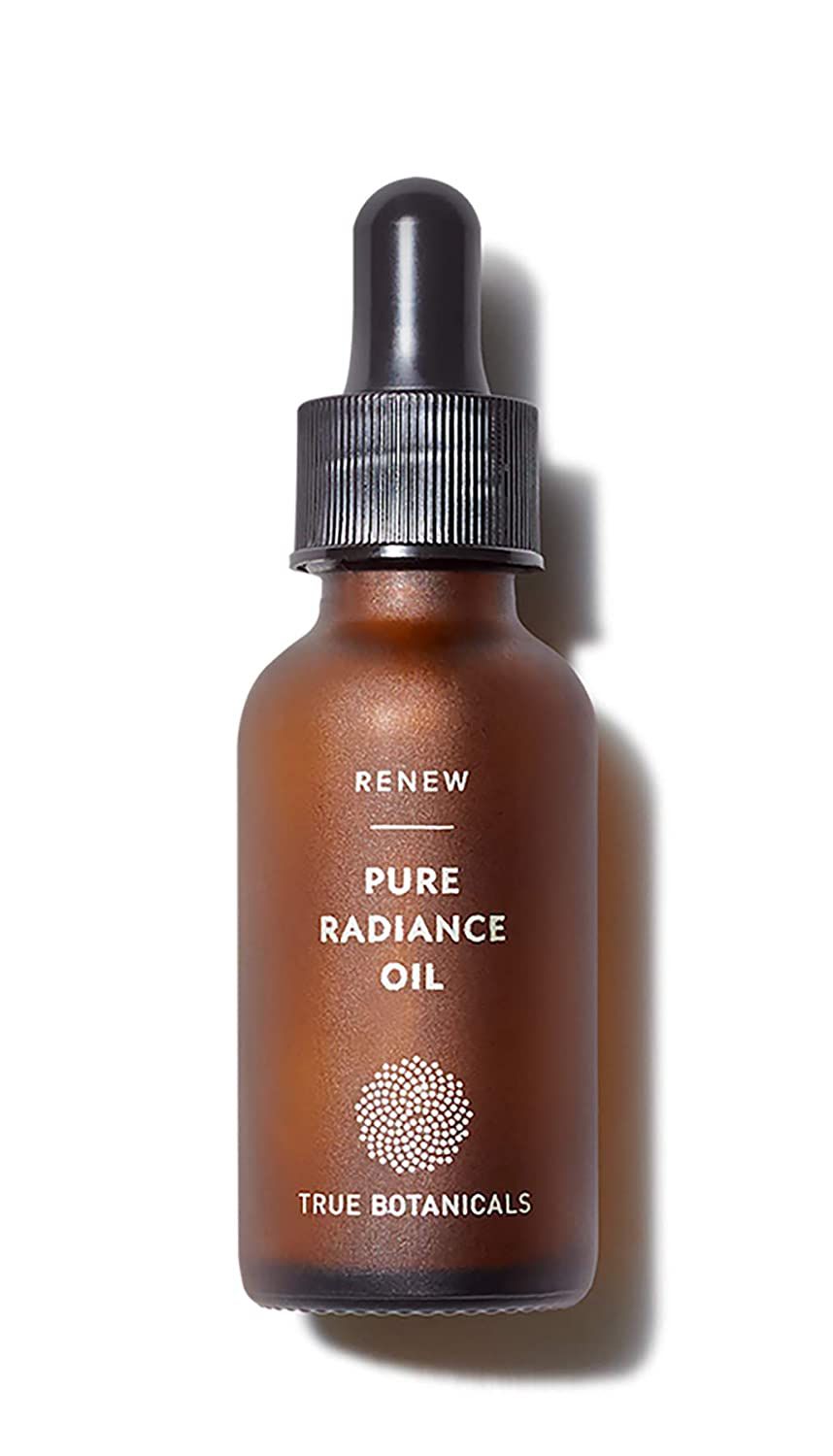 Here's a good option for those with oily-prone skin; this oil is non-comedogenic, specially made to actually help clarify skin. Still, it's filled with omega fatty acids, namely omega-6-rich hemp, pumpkin, and grapeseed oils, all of which can also help balance sebum production. 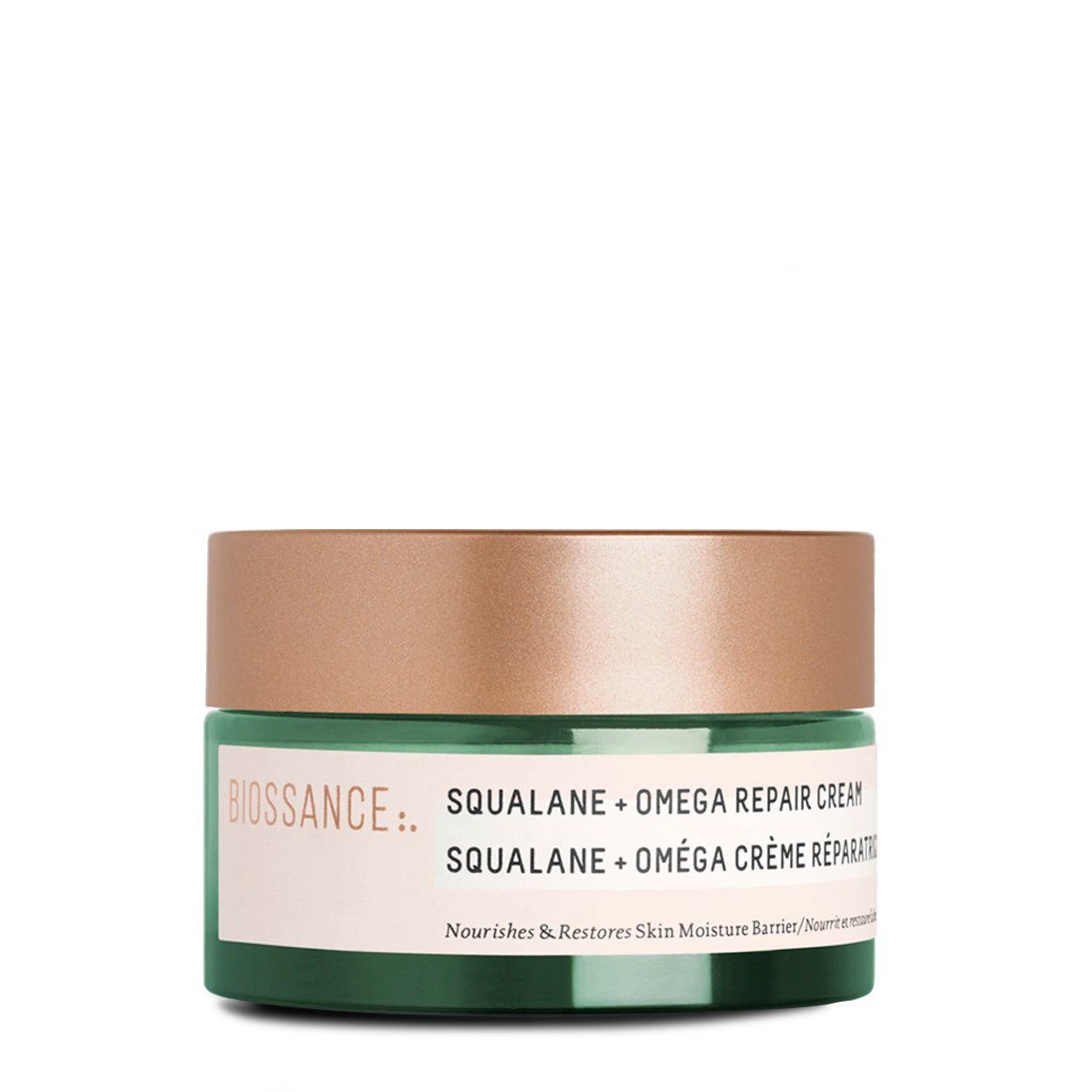 Here's another option that adds omega fatty acids straight into the mix. More specifically, this rich yet fast-absorbing moisturizer contains linoleic acid (omega-6), oleic acid (omega-9), and linolenic acid (omega-3), giving you the full spectrum of options in one formula. 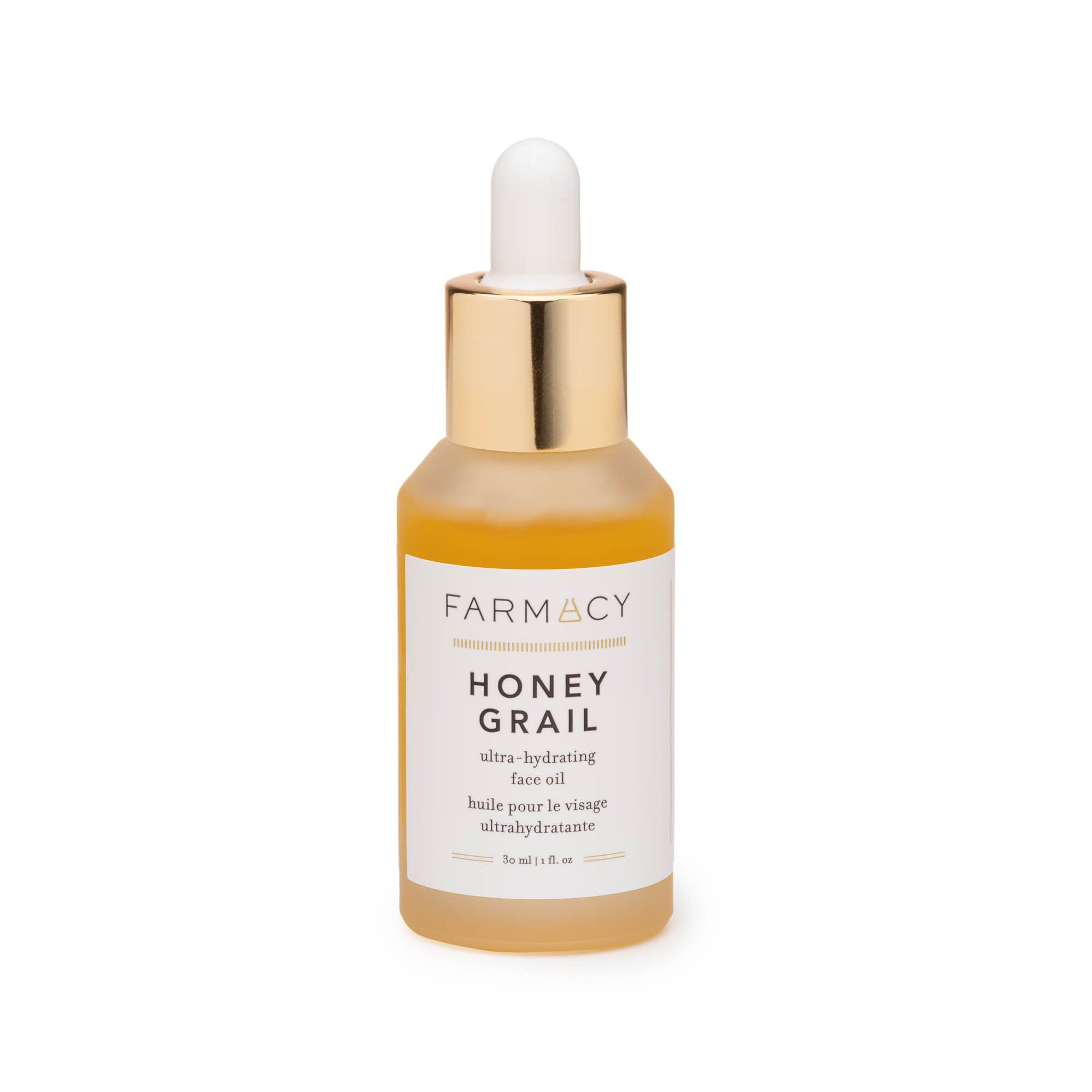 There's no shortage of omega-rich oils to be found in this product. Among others, there's sea buckthorn oil, which is full of omega-3 and omega-6 fatty acids and is also an incredibly powerful antioxidant to boot. Plus, this is another great non-comedogenic option.

Both dermatologists we spoke with cite the lack of data when it comes to specific studies on the topical benefits of omega fatty acids, specifically when compare to tried-and-true skincare ingredients such as vitamin C or retinoids. Still, both also say that for someone with sensitive skin who is prone to irritation, dryness, and/or general issues with their skin barrier, they could be a helpful topical ingredient. And Gmyrek is quick to note that the benefits of ingesting omega fatty acids—via a diet rich in healthy fats found in foods such as fish, nuts, and seeds—is a good idea for everyone. Because let's not forget that good skin definitely starts from the inside, out.

This Niche Culinary Oil Makes My Hair Look and Feel Amazing
Featured Video
Article Sources
Byrdie takes every opportunity to use high-quality sources, including peer-reviewed studies, to support the facts within our articles. Read our editorial guidelines to learn more about how we keep our content accurate, reliable and trustworthy.