Score Up to 75% Off on Beauty, Fashion, and Home at Nordstrom’s Half-Yearly Sale

With top picks from Clinique, Topshop, Tory Burch and more 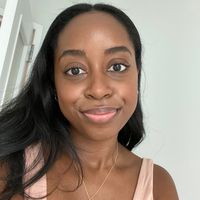 Shannon Stubbs
Shannon is the Updates Writer at Byrdie. Her work has appeared in NYLON, Bustle, The Zoe Report, Insider, Soko Glam's The Klog and L'Oréal Paris's Beauty Magazine.
Byrdie's Editorial Guidelines
We independently research, test, review, and recommend the best products—learn more about our process. If you buy something through our links, we may earn a commission.

Nordstrom’s half-yearly sale has been going strong through the end of December, but the sales are far from over. It’s been extended through January 9—which means there are still tens of thousands of items with major discounts you can still snag for a few more days.

If you’re not feeling satisfied with your Christmas (and after-Christmas) purchases—or have gift cards burning a hole in your pocket—don’t fret—because you’ll find tons of deals on luxury clothing, shoes, and accessories to start the new year strong with a revitalized closet. Ahead, find some of our favorite picks.

This sale includes many discounts on our favorite beauty brands, such as Lancôme, Origins, and more. Pick up a new serum or foundation to add to your beauty regimen.

If you want to start the year right with a refreshed wardrobe, this sale is the perfect opportunity. Find deals on denim, sweaters, loungewear and more.

Shoes are one of the priciest items you can buy, yet make a huge difference in comfort and style, so it’s a great idea to snag a couple of pairs while they’re on sale. Nordstrom has major discounts on boots, heels, sneakers, and more.

Accessories are just as important to an ensemble as the actual clothes you’re wearing, and these picks are no exception. Add spice to your wardrobe with discounted bags, jewelry, and belts.

If you’ve been on the hunt for some Le Creuset goods—you’re in luck—as they have multiple items on sale at Nordstrom right now. You’ll also find many deals on decorative home and kitchen items, such as throws, vases, bedding, and more.