Meet the New Nordic Diet: The Buzzy Diet That Could Help You Live Longer

Throughout the past few years, you've likely heard of the Mediterranean diet. It's much more likely that you've become wholly familiar with this beneficial lifestyle. Maybe you even practice it yourself. But allow us to explain, just in case you haven't heard of it or you need a little refresh (after all, the health and wellness world is fast-paced and, frankly, kind of hard to keep up with).

This diet is based on the traditional eating habits of people throughout the (you guessed it) Mediterranean. In other words, it involves lots of lean protein—aka fish—fruits, vegetables, and olive oil. It's been celebrated for its effect on lifespan, brain health, and mood, among other things. It's still one of the most popular diets in the world, though another, slightly different version of it is quickly building steam in the wellness community.

Instead of being based on traditional Mediterranean foods, the New Nordic diet is based on the fruits, vegetables, grains, and lean meats that are found in Scandinavia. Think local and wild-caught lean meat, whole grains, and cruciferous vegetables. Apparently, our Danish, Norwegian, Swedish, and Icelandic friends have had a secret treasure trove of healthy foods that the wellness world, up until this point at least, has been unaware of. In fact, their modern eating habits rival the Mediterranean diet in regards to boosting overall health. Keep reading to learn how you could benefit from the new Nordic diet.

What Is the New Nordic Diet?

Alissa Rumsey MS, RD, founder of Alissa Rumsey Nutrition and Wellness and creator of the free e-guide, "Three Steps to a Healthier You," is a fan of the Nordic diet, just like she's a fan of the Mediterranean diet. However, while both diets are similar, the regional differences in locally grown foods and the Nordic promotion of eating organic utilize less waste.

"The new Nordic diet and the Mediterranean diet are similar ways of eating. They both include plenty of fresh, local plant-based foods and moderate amounts of fish and eggs, with small amounts of dairy and limited red meat, sweets, and processed foods," she says. "The main types of fruits, vegetables, and grains may differ slightly between the diets, as what is local in the Mediterranean region is different than to the more northern Nordic region."

Unlike the Mediterranean diet, the new Nordic diet advocates heavily for eating organic whenever possible, and includes whole grains like rye and barley, as well as mushrooms and loganberries—all foods you won't find in the Mediterranean region.

But one of the biggest difference lies in oil. As we know, the Mediterranean diet rests on a foundation of olive oil. The Nordic diet, on the other hand, features rapeseed oil (which is more widely known as canola oil). The reason for this, is again, geographical restraints. Nordic regions are, after all, not very suitable for the proliferation of olive trees.

Why Canola Oil Is Key 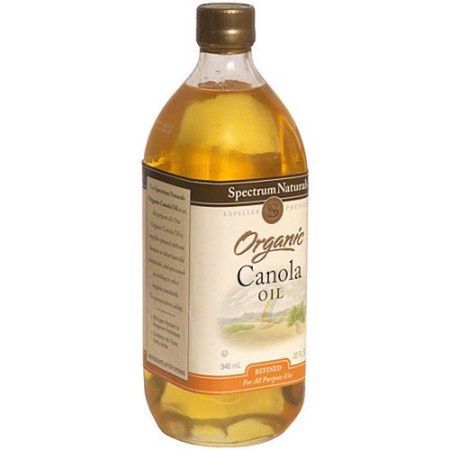 If canola oil has negative connotations for you, you're not alone. For many people, olive oil seems like a much healthier choice since canola is used as an ingredient in making cakes, cookies, and other unhealthy baked goods. But rest assured, it's not actually bad for you at all. "Both oils are healthy sources of fat," Rumsey says. "Canola oil and olive oil both are high in heart-healthy monounsaturated fats. Canola oil contains alpha-linolenic acid, a plant-based omega-3 fatty acid, and has been shown to help lower LDL [low-density lipoprotein] cholesterol levels. It also has slightly less saturated fat than olive oil. Both oils have been shown to protect against heart disease and stroke."

Isabel Smith, MS, RD, CDN, and founder of Isabel Smith Nutrition says that canola oil contains omega-3 and omega-5. Omega-3s, she says, are "essential for our health." There's only one caveat: She cautions that canola oil is "largely GMO and should be purchased non-GMO and organic if able." Buying only organic canola oil will ensure you're getting the healthiest, most nutritious form.

What to Eat on the New Nordic Diet

The diet also emphasizes locally harvested food. This is essential since according to Smith, local foods typically have more nutrients and fewer pesticides than foods sourced from faraway places. Rumsey agrees, saying "As soon as you harvest fresh food like fruits and vegetables, their nutrient content starts to decline. The closer you can eat that food to when it was picked, the more nutrients you'll get. Locally sourced food is more likely to have been picked recently, compared to food from elsewhere that has to travel long distances (and over some time) to get to you. That's not to say that non-local food isn't healthy, but it may have fewer nutrients."

See the foods that are a part of the new Nordic diet below.

Does anyone else think this diet is perfect for fall and winter? It has the same omega-3s and healthy fats as the Mediterranean diet, just with a heartier twist. Make a warm soup, a filling grain bowl, or a locally sourced and vibrant stir-fry. It's basically the ultra-healthy, warm, and satisfying diet of our cold-weather dreams. Take it from Rumsey. "I spent a week and a half in Copenhagen and Stockholm this summer—the food is incredible!"

In terms of proven health benefits, studies have shown that the new Nordic diet can decrease blood pressure and insulin levels, as well as help you lose weight. This is due in large part to clean eating and a focus on organic, fresh ingredients and little sugary and processed foods.

The Galveston Diet: Everything You Need to Know
Article Sources
Byrdie takes every opportunity to use high-quality sources, including peer-reviewed studies, to support the facts within our articles. Read our editorial guidelines to learn more about how we keep our content accurate, reliable and trustworthy.