written by
Kat Collings
Kat Collings has worked in editorial for 12 years. She currently serves as the editor-in-chief of Who What Wear.
Byrdie's Editorial Guidelines
Kat Collings

Making the switch over to non-toxic makeup was on my to-do list. The priority level was somewhere between learning how to bake Instagram-worthy cakes and figuring out how to invest in cryptocurrencies. There was a lot of me thinking "Yeah, I should do that. Maybe on a weekend? Will probably take some research, time, and money"—aka, not happening any time soon. That is, until I went on a wellness trip to Palm Springs with Net-a-Porter. The retailer has gotten behind the clean beauty category in a big way, and over the course of the weekend I was introduced to several of the brands that would kick start my non-toxic beauty journey.

But first, a little background about toxic beauty: It's been hypothesized that parabens—a group of ingredients prevalent in cosmetics in the United States—likely disrupt the endocrine system since at least 2003. This is a particularly terrifying notion when you consider most people start wearing makeup around puberty, when the endocrine system really kicks into high gear.

Parabens are synthetic chemicals that are used as preservatives in a variety of products, including cosmetics, pharmaceuticals, and food.

In 2013, a 3-day study called HERMOSA was done by researchers at U.C. Berkeley, in which they asked 1,000 girls from Latin backgrounds from the California town of Salinas to use cosmetics without potential endocrine disruptors. These included parabens, phthalates, triclosan, and oxybenzone (the final ingredient will be addressed more later.) The researchers provided the cosmetics to the girls. At the end of the study, they found that there was a 25-45% decrease in the presence of endocrine disruptive chemicals in the girls' urine. So regardless of what you believe these products do to your endocrine system, you can't pretend that cosmetic products don't make a difference.

I returned from the trip to Palm Springs with part of my makeup bag transformed and started feeling a vague cognitive dissonance. I knew how unregulated and potentially hazardous some of my beauty products were. (To put it in perspective, the E.U. has banned around 1400 ingredients from personal care products, and the U.S. has banned a measly 30.) So what was I doing mixing my Nars blush with my newly beloved Tata Harper face lotion? I was ready to fully commit and proceeded to call in samples from a wide selection of brands.

As suspected, it turns out there were some alarming things hanging out in my makeup bag. Some realizations were of the slap-in-the-face variety, such as finding coal tar and chemicals used to degrease engines in a couple of my products. The majority were red flag ingredients that are potential carcinogens and hormone disrupters—more of a distant threat, but no less terrifying.

After about a month of testing, I’ve settled on a core group of cognitive dissonance–erasing, non-toxic products I love. More about each, as well as how to make the switch yourself below.

This is my new everyday beauty look using all non-toxic products on my hair and face. In the interest of honesty, I didn’t even have our art team photoshop out my chin acne. Believe me, I was tempted.

Let's start with a complicated one. We know sunscreen's purpose is to help prevent cancer, but paradoxically some sunscreens use ingredients with links to cancer. This is how I'm wrapping my brain around it: There are two main types of sunscreen, mineral, which creates a physical barrier between your skin and the sun (good), and chemical, which penetrates your skin to filter and absorb UV rays (generally not so good).

From my research, mineral sunscreens are safer, even though some claim they are less effective at blocking UV rays than their chemical counterparts. Mineral sunscreens also have a reputation for leaving white residue, but that’s not the case with Hampton Sun SPF 50 Age Defying Mineral Creme ($52). It absorbs right away and is free of parabens, chemicals, fragrance, and the notorious oxybenzone. For touch-ups, I also love Ilia Radiant Translucent Powder SPF 20 ($34).

One of the most problematic ingredients to look out for in mascara is something called Carbon Black, also known as Black 2. It’s really great for giving mascara and eyeliner a deep black color, and that’s because it’s made of coal tar. Let me repeat that: coal tar. Was it in my usual mascara? Absolutely. The International Agency for Research on Cancer classifies it as a Group 2B carcinogen, which means it is “possibly carcinogenic to humans.” Just the possibility is enough for me to forsake it. When researching products in your makeup bag, I found the Think Dirty app helpful, where you can search thousands of items to get their "clean" rating and detailed information about ingredients. Also this clean beauty tips story has heaps of applicable takeaways.

One of the most problematic ingredients to look out for in mascara is something called Carbon Black, also known as Black 2. It’s really great for giving mascara and eyeliner a deep black color, and that’s because it’s made of coal tar.

My old mascara's replacement is W3LL PEOPLE Expressionist Pro Mascara ($22). Of the mascaras I tried, it came the closest to my beloved old favorite, though still didn't get quite the dramatic results I was used to. I suppose if truly dramatic lashes require coal tar, I'm okay giving that up. W3LL PEOPLE's version takes a couple coats, but it darkens and thickens my lashes adequately. Plus, it’s practically impossible to go overboard and end up with clumpy lashes, which is something I find easy to do with most chemical-laden mascaras.

There aren’t a lot of non-toxic brow gels out there, so thankfully 100% Pure Green Tea Fiber Brow Builder ($23) fulfilled all my bushy brow needs. It’s a rather small bottle that I’m afraid I’ll finish quickly, but at least it doesn’t have the three types of parabens that my previous popular brow product had.

An examination of the ingredients in my cult-favorite blush revealed it too was hiding several nasty ingredients. First up: talc. The FDA admits they are not able to prove that most or all cosmetics products that have talc in the U.S. are likely to be free of asbestos contamination. Which is so wishy-washy it's infuriating. Add a host of parabens to boot, and I’m officially switching over to Rituel de Fille Inner Glow Crème Pigment ($29) in Rapture. The brand is made by a trio of sisters in Los Angeles, and each product is high-performing and 99% natural.

I just googled how much lipstick the average person eats in a lifetime, and was promptly horrified because it is a lot, and many lipstick brands have a host of toxic ingredients, including parabens. Thankfully the market is full of clean options. I tested probably 20 different lip products for this story, and my favorite by far is ILIA Tinted Lip Conditioner ($28) in Arabian Nights. I would wear it for the rest of my life easily. It’s a buildable, moisturizing, and overall not-trying-too-hard lipstick. In a word, perfect. When I do switch things up, my go-to is RMS Wild With Desire Lipstick ($28) in RMS Red. When I want a bold lip, nothing else compares for pigment.

On the Think Dirty app, the concealer I’ve used for years ranked with a disappointing 7. Not too far from a “most toxic” 10. The most damaging ingredient was polyethylene, a plastic, which has been shown to be carcinogenic in some lab studies and is harmful for the environment. My old concealer’s replacement will be Vapour’s Illusionist Concealer ($25), which masks any late night-induced eye bags. The ingredients are all organic, and the brand also commits to producing its products sustainably.

Myrrh Oil is made from sap harvested from the Commiphora myrrha tree. It moisturizes and smooths the skin, as well as reduces the appearance of wrinkles and eczema.

Similar to shampoos, a lot of facewashes have sodium lauryl sulfate, the good old engine degreasing ingredient. They’re often responsible for that “squeaky clean” tight, stripped feeling many cleansers leave behind. I hadn’t really considered before that a cleanser doesn’t have to leave you dying to slather on moisturizer until I tried Beautycounter Cleansing Balm ($69). Honestly, this product rocked my world. It has a coconut oil type texture that melts onto your skin, removing makeup but also leaving your face feeling like you just did a hydrating mask. Not to mention, the brand has over 1500 toxic ingredients on its “never” list that it refuses to use in its products.

My facewash enlightenment didn't end there either. I also tried Loli Date Nut Brûlée ($48), and am currently rotating between it and the Beautycounter balm. It has a similar premise of other cleansing balms in that it moisturizes as it cleans, but Loli is interesting because it only has four ingredients, half of which are food grade. It doesn't get purer than that, and yes, it still works. Also the brand has different mix-ins that you can add to any of their products to customize and super charge your skincare. I added in Prickly Pear Seed ($28) for extra moisture.

When I had the chance to chat with green beauty mogul Tata Harper about some of the red flag ingredients in facial lotion, she commented on how many there are, but named BHA (butylated hydroxyanisole) and BHT (butylated hydroxytoluene) as common preservatives in moisturizers. She mused, “It’s crazy because both chemicals are suspected carcinogens! You won’t find any preservatives in our products.” In fact, the brand has a feature where you can track when your product was made at the Tata Harper factory in Vermont, when it was hand-crafted, and who was responsible for the batch. After trying her namesake line myself, I’m a complete convert, and am especially taken with the Tata Harper Clarifying Moisturizer ($110), Clarifying Mask ($68), and Hydrating Floral Essence ($89).

Through a bit of research on the handy Think Dirty app, it seems the types of toxic ingredients stuffed into serums runs the gamut. April Gargiulo, the founder of organic skincare line Vintner’s Daughter, confirms, “There are a lot of ways brands bulk up product inexpensively.” One ingredient to especially keep in mind though? Petroleum. Yes, the same thing motor oil is made from. “What you want to look out for are the ones that are petroleum-based, which will clog your skin and are toxic for you and the environment,” says Gargiulo. Petroleum goes by a few different names in ingredient lists, including petrolatum, xylene, toluene, mineral oil, and liquid paraffin. After checking my serum’s label, I found the brand I had been using since high school indeed had petroleum. Thankfully Vintner’s Daughter Active Botanical Serum ($185) is an easy switch to make. It smells heavenly, espouses an application technique that feels like self-care, and most importantly is formulated without added sulphates, parabens, phthalates, synthetic fragrances, PEGs, and SLSs.

Enemy number one in shampoos is sodium lauryl sulfate (SLS). Name a mainstream shampoo brand, and it likely has it. SLS is used to degrease engines, and is found in floor cleaners and car wash products. I know sometimes I go too long between showers, but there’s no way I need engine degreaser to wipe out my dry shampoo buildup. Being fair, though—the amount of SLS in shampoo is very small compared to high concentrations in industrial cleaners.

I like to rotate my shampoo and conditioner brands so my hair doesn’t get complacent (yes, I am not above personifying my hair). From the few I tested, my top two faves are Rahua Shampoo ($34) and Conditioner ($36), and Grown Alchemist Volumising Haircare Twinset ($49). The former is honestly the most heavenly smelling thing I’ve ever put on my hair. If you like the smell of palo santo, it's definitely for you. The latter is actually just genuinely great at adding volume—something my limp-ish hair often needs.

Check out some more of our favorite non-toxic beauty picks below! 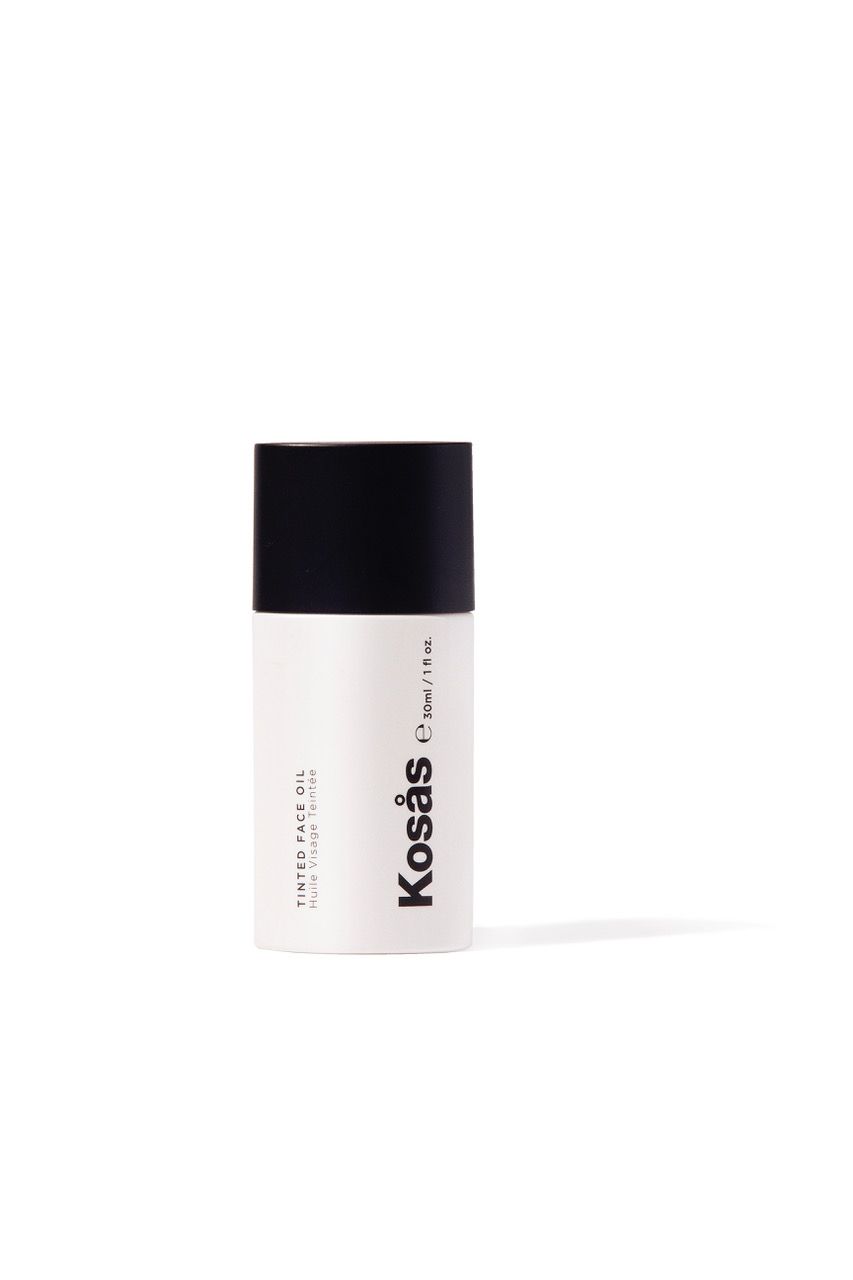 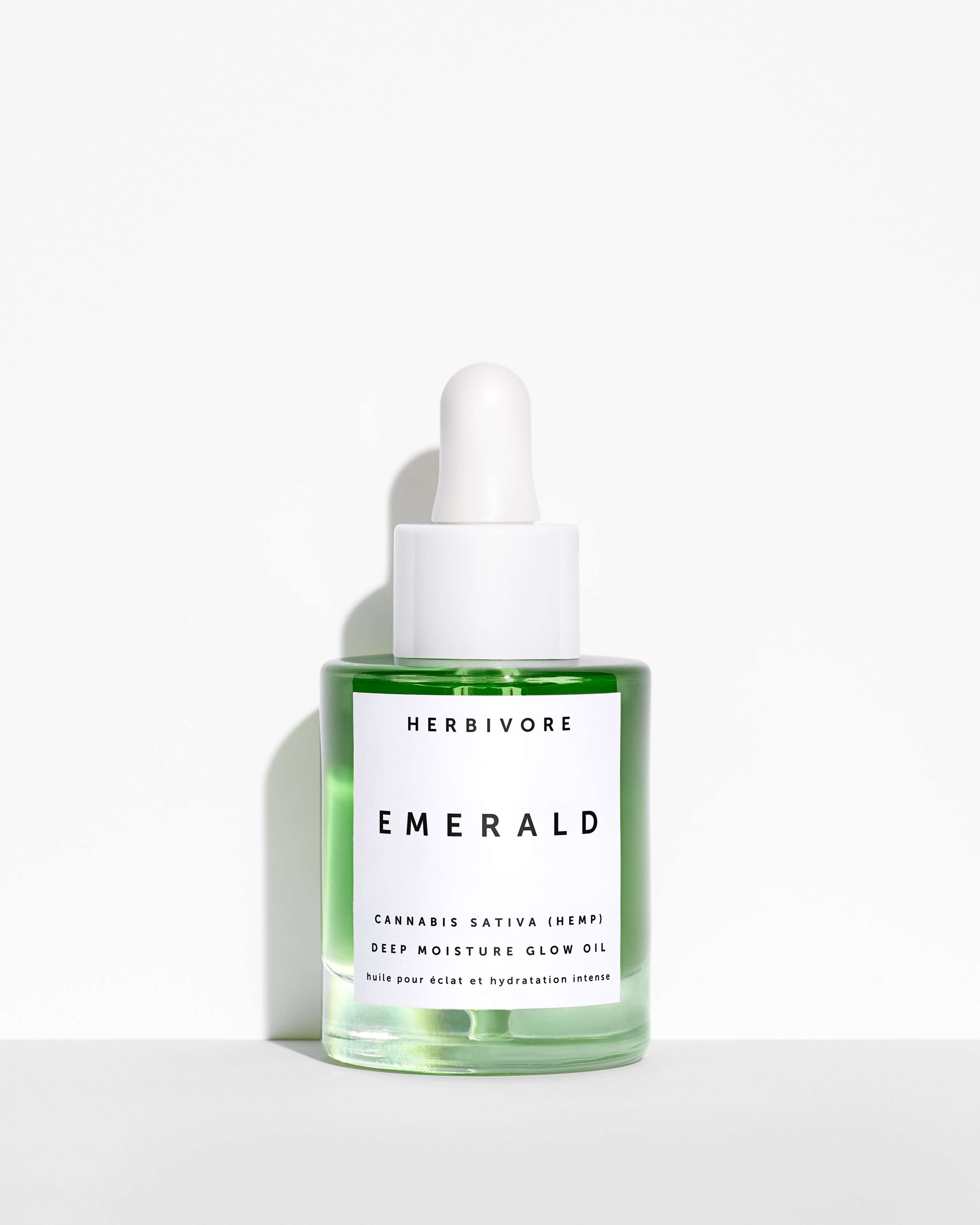 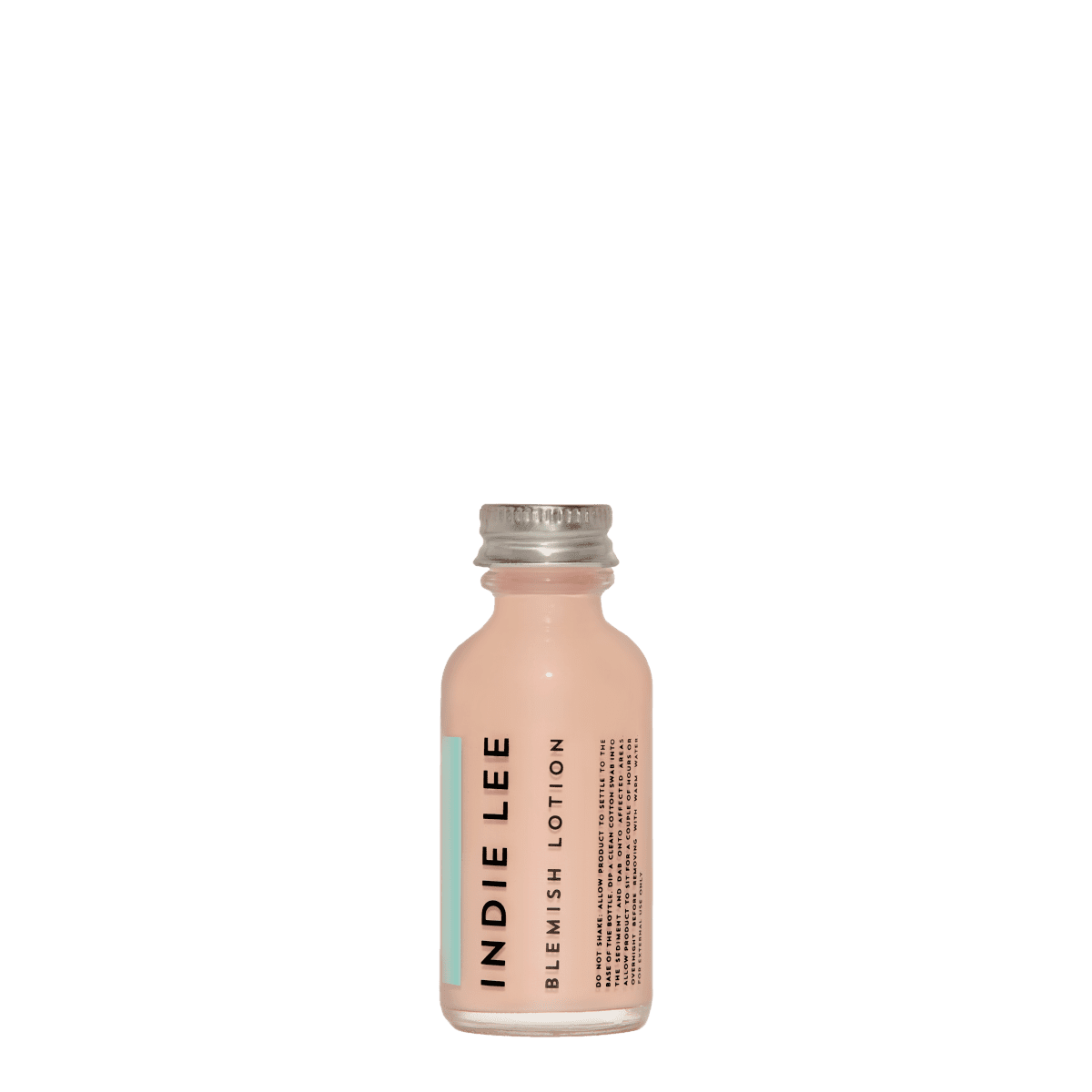 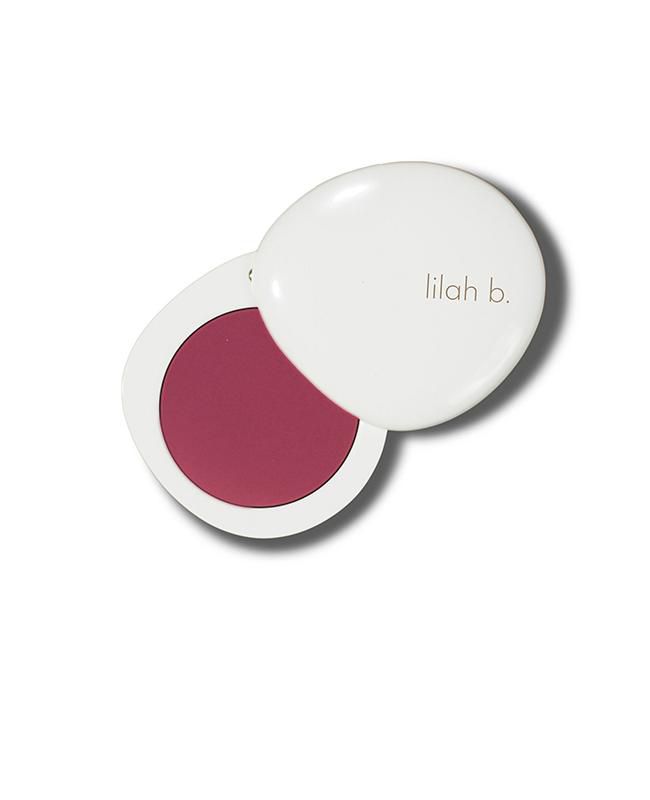 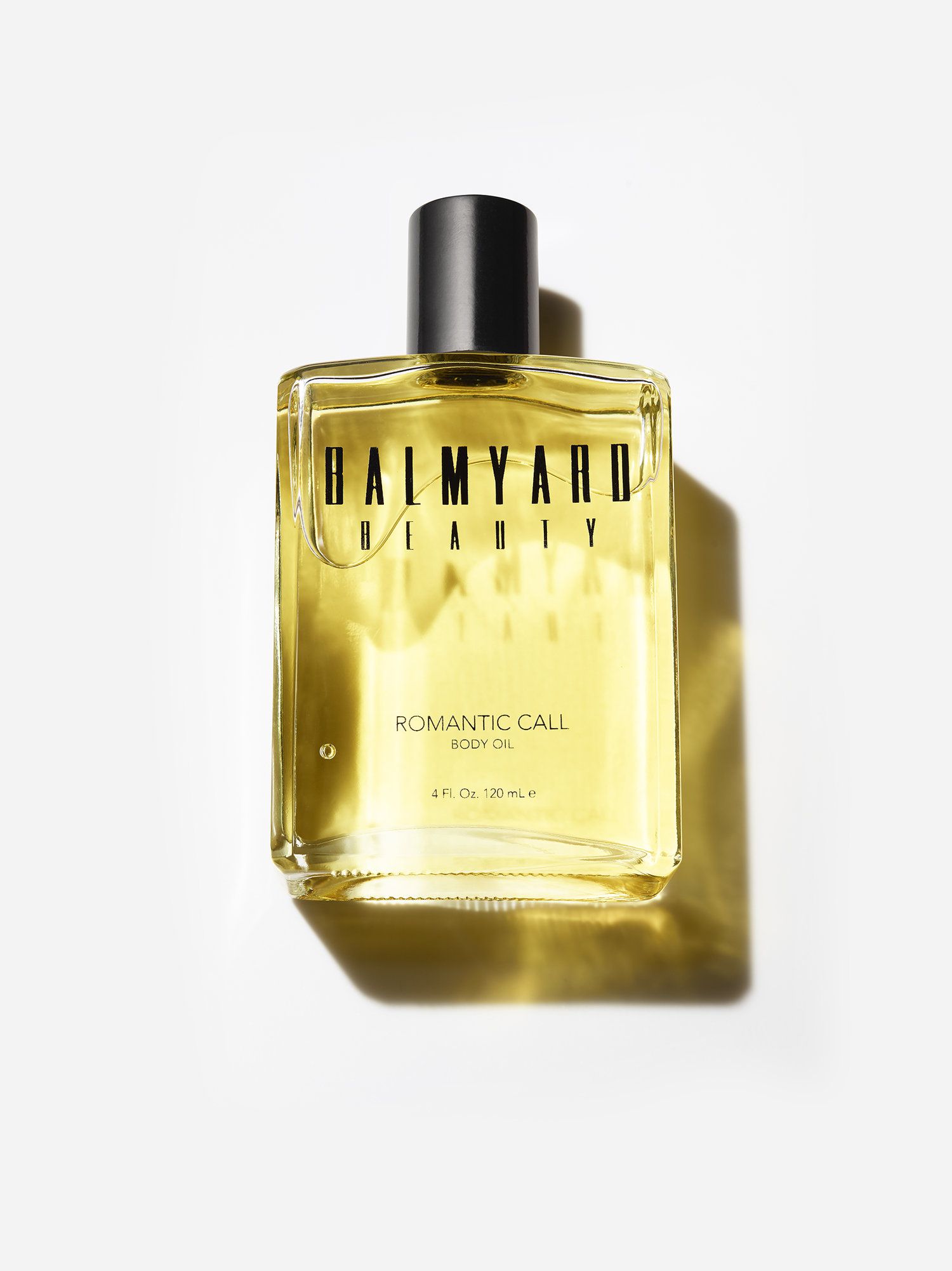 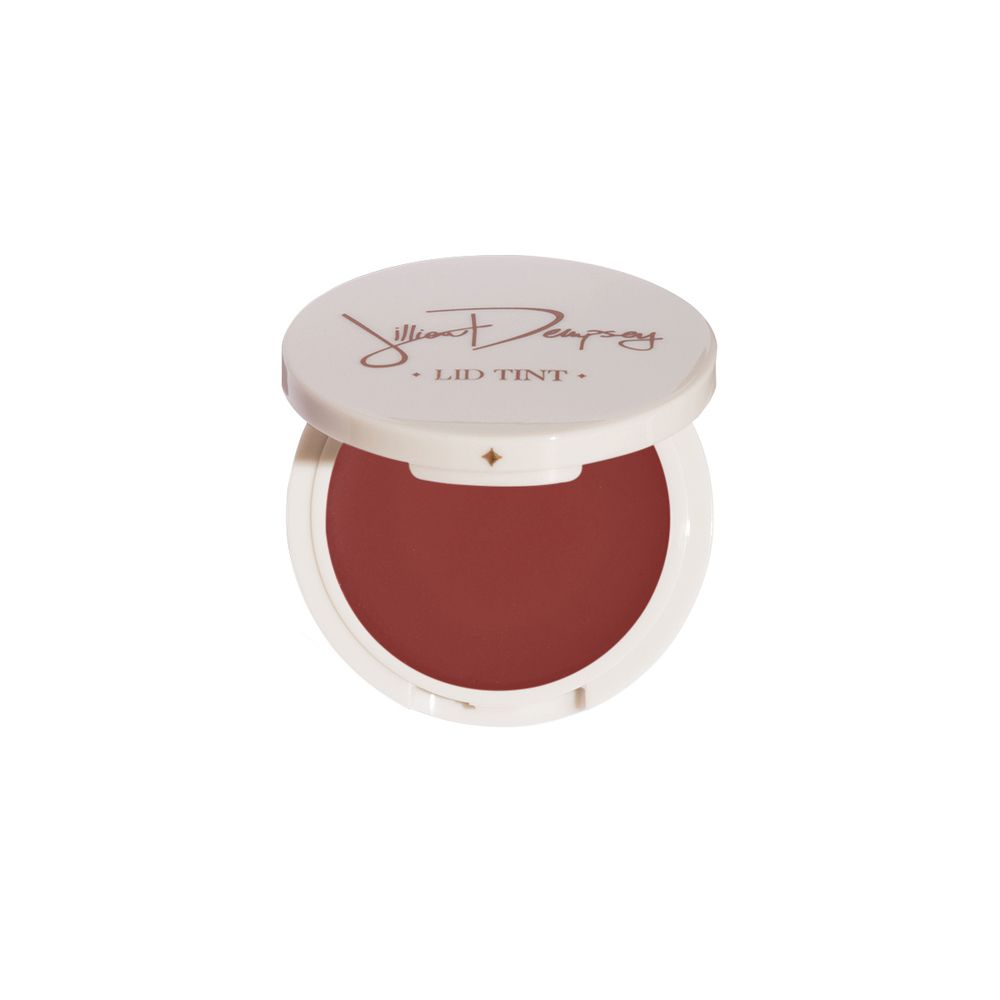 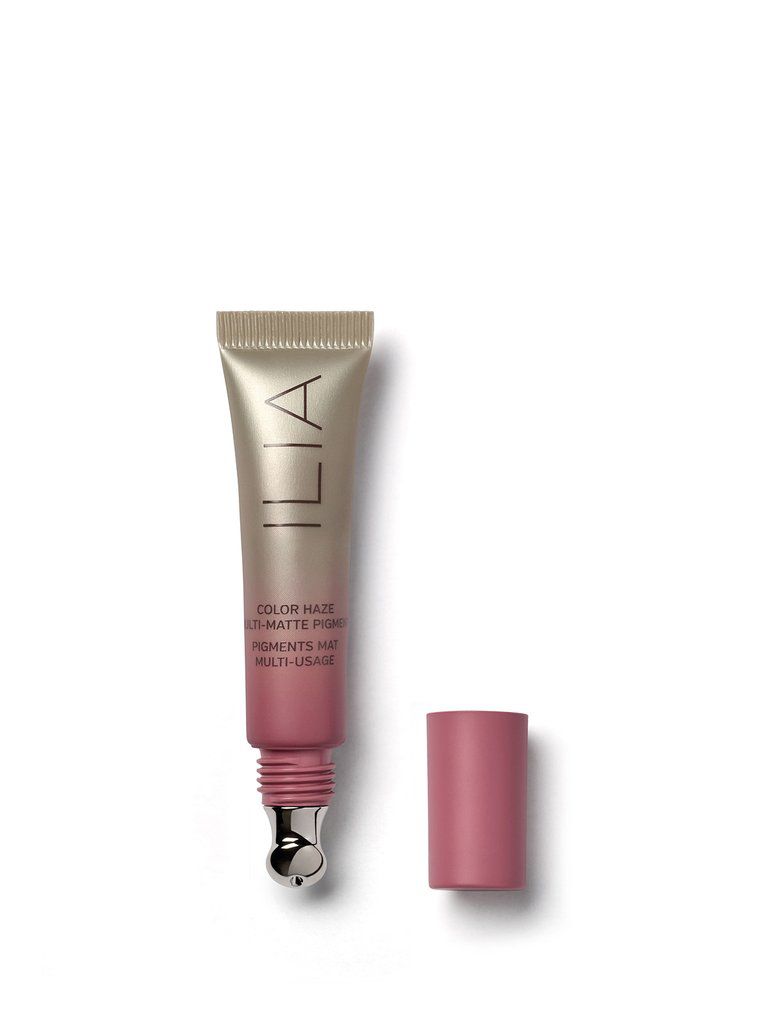