Exclusive: These Are the 3 Things Model Nina Agdal Always Keeps in Her Fridge

written by
Hallie Gould
Hallie has worked in beauty editorial for eight years and has been a senior editor at Byrdie since 2016.
Byrdie's Editorial Guidelines
Hallie Gould
Reviewed by
Jen Polzak
Jen Polzak is a personal trainer who has been in the fitness industry for over a decade, specializing in nutrition coaching, post-rehabilitation exercises, and weight loss.
About Byrdie's Beauty & Wellness Board
Jen Polzak
Fitness Instructor

It's 8:00 a.m. when I arrive at Overthrow Boxing Club in New York City. Bleary-eyed and desperate for coffee, I walk into the retro East Village gym where I'm meant to take a boxing class with Nina Agdal. (Both the early-morning boxing and hanging with a famous model are activities far from my usual routine.)

The 24-year-old Denmark-born model has worked with Victoria's Secret, Billabong, and Sports Illustrated, even claiming the Swimsuit issue's "Rookie of the Year" title in 2012 and gracing the 50th anniversary cover with Chrissy Teigen and Lily Aldridge in 2014. When I walked through the door, she was smiling and accompanied by just two, equally friendly-looking confidants. It became clear the stereotypical side-eye toting entourage is not Agdal's style.

After watching her spar for a few minutes with one of the gym's coaches, she excitedly bopped over to answer a few of my questions. She sweetly apologized for sweating as we shook hands, something I find women in the spotlight feel inclined to do—like they're not allowed to be remotely human. I laughed, peering up at her statuesque figure, clad in body-hugging spandex, stunned by her glistening highlight. "No worries," I squeaked, imagining how it must feel to look so good after working out.

We moved aside from the rest of the group to begin our interview. She mentioned she loves Byrdie (so exciting) and began waxing poetic about her favorite workouts. She was effortless as she spoke, brushing her fly-aways aside and letting out a boisterous laugh when I mentioned I wasn't exactly the most avid cardio enthusiast. It felt more like talking to a friend than any interview I've ever done. I asked her how much time she puts aside each week to workout. "Way too much," she quickly responded. "I think I enjoy it so much that I want to workout every day. I make sure to do one hour—at least—a day. Sometimes I’ll do two or three. "So," she mused, "about a total of about 20 hours per week."

Since we were standing in a boxing gym, I asked if the sport was her favorite workout (as Gigi Hadid has been a huge proponent since she moved to New York). "I love boxing," she began, "but I definitely mix it up. I do a lot of SLT, which is pilates and strength training; Y7 yoga is great; Tone House, SoulCycle, boot camps. Anything, really. Everything." 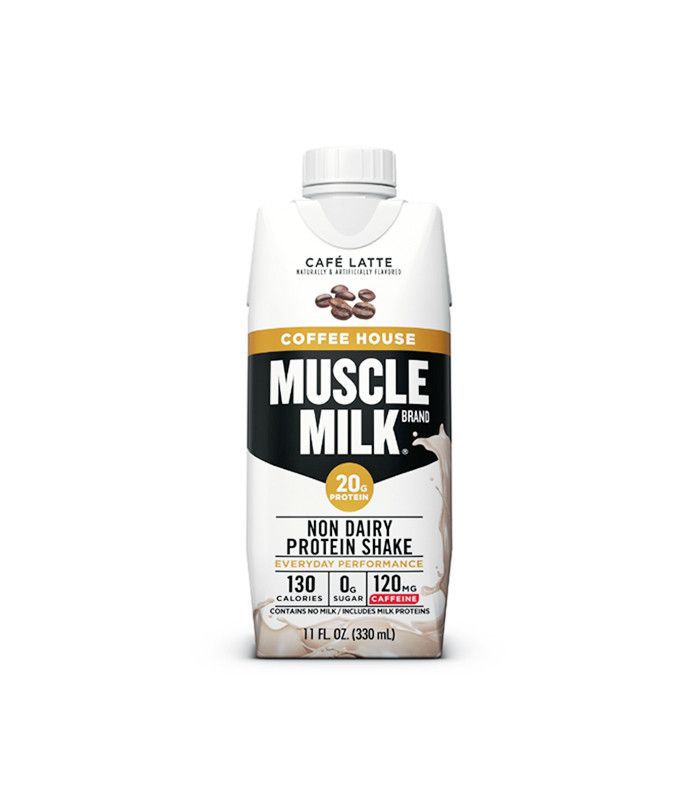 After hearing about the curious five foods Kim Kardashian always keeps in her fridge, I asked Agdal the same question. Unsurprisingly, it was all super-hydrating beverages perfect for a workout. She answered, "Water, Gatorade, and Muscle Milk Coffee House. I always had visions of swol dudes at the gym guzzling Muscle Milk, but after sipping on the Café Latte flavor, I was pleasantly surprised. It tasted good and helped me perk up despite the early morning hour.

I moved on to a subject we're all familiar with at one point or another—regardless of body type or affinity for exercise. I asked what Agdal does if she's ever feeling less than great about herself or her body, and what advice she'd give other women who find themselves feeling the same way. “Go do something that makes you happy," she suggested. "Whether it’s a workout, massage, or coffee with your friends. Just do something that makes you feel good."

The last beauty product the model bought was rose water, she says, "It's kind of the only thing I really use. I always run out of that." 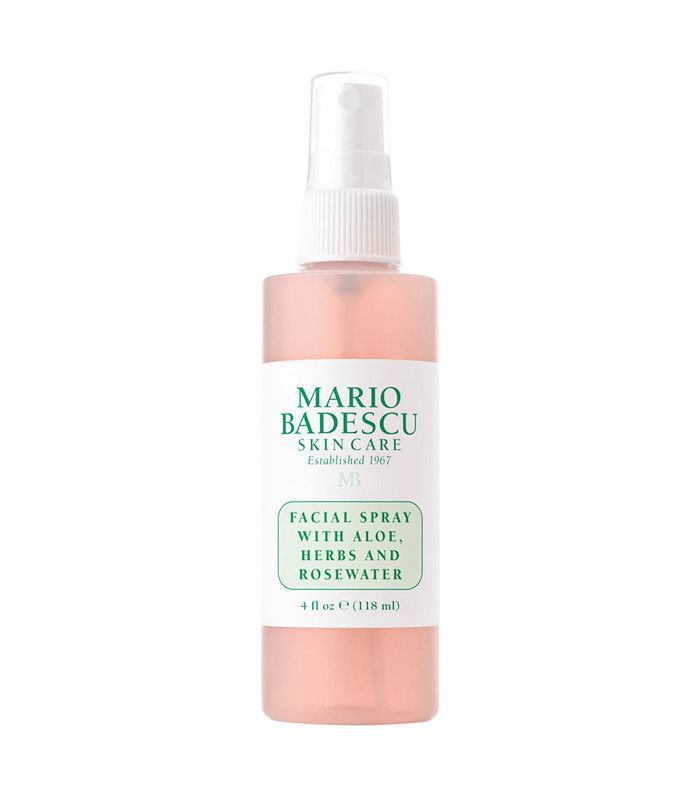 I pressed her for more information—her skin was absolutely luminous and free from blemishes. "What about when you travel?" I asked, looking for ways to better understand her glow.

Agdal answered excitedly, "Dr. Jart+ has great face masks I use a lot. Then," she paused to build anticipation, "I use these 24-carat gold eye patches— it sounds very fancy, but it’s not that expensive. I’m not an ambassador! It’s these little gold eye masks, they're great for after a long flight or a late night." 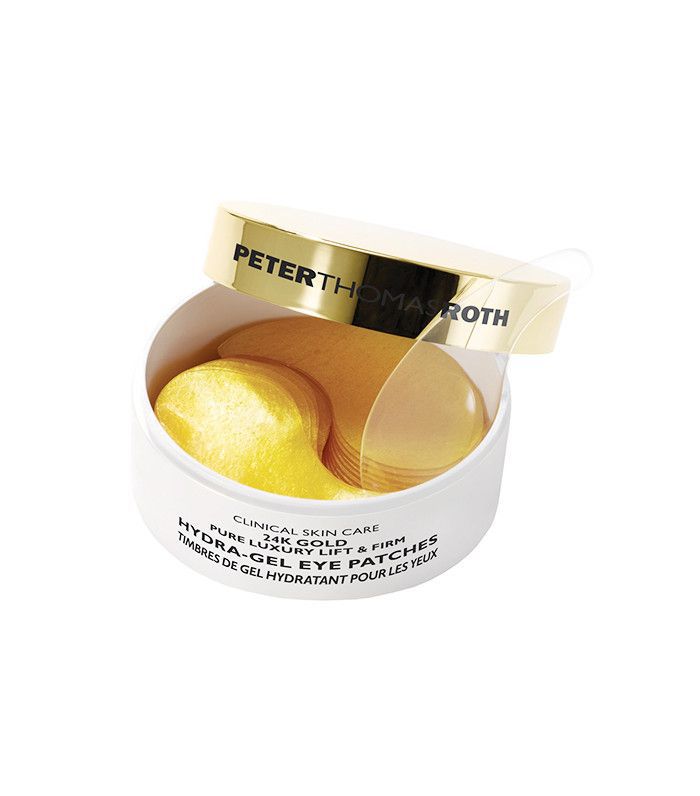 I wondered about her makeup routine and asked if she'd learned any tips or tricks in the makeup chair or with a glam squad. Agdal said, "Less is more, you know what I mean?" I nodded. "Don’t overdo it and get too excited with a smoky eye and dark lip. It never goes well."

She does, however, love concealer. Her favorite is the Nars cult favorite Radiant Creamy Concealer ($30) to cover evidence of a late night and even earlier morning. With mascara, Agdal admits she's "kind of all over the place," but loves Too Faced Better Than Sex Mascara ($23) and the classic L'Oréal Paris Voluminous Original Mascara ($6).

To finish off our time together, I asked Agdal to read me the last text message she sent and recount her idea of the perfect day. Truth be told, I hoped she might give her boyfriend, Leonardo DiCaprio, a mention. But, of course, no such luck.

Her last text went to her best friend, Taylor, saying she missed her. As for her perfect day, she had a pretty great answer. "I wake up early, have coffee with my girlfriend, do a workout, sit in the sauna, steam, get a manicure and pedicure, do a yoga class, have a boozy lunch, and then pass out early."

Looking for more celeb beauty tips? Kendall Jenner told us all her secrets (and everything she eats).