I Swear These Trainers Have Made Me a Faster Runner

For the past 12 or so weeks, I've been training for the London Marathon. It's a task I've found (obviously) extremely challenging and time-consuming. At the start of my training, I wasn't built for speed in any way shape or form. I wasn't super slow, but given the task of completing a sub 50-minute 10km run and chances are, I'd fail. Happily, and I'll just say it, speed isn't everything, people.

It wasn't until the weeks went on and I decided to switch up my trainers to the newly released Nike Epic React Flyknit running shoes (£130) and ramp up the speed sessions that I noticed a dramatic change in my speed abilities. 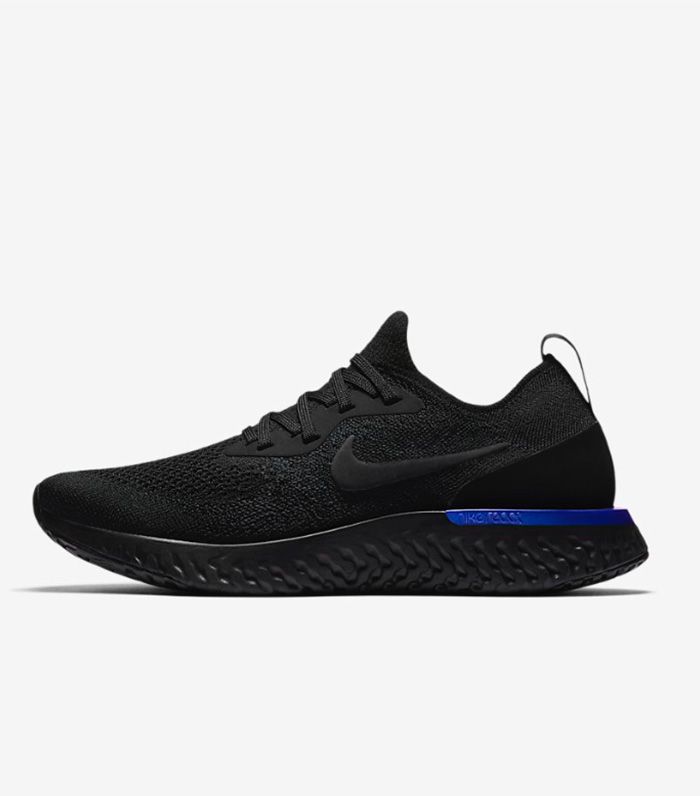 My first thought when lacing up in the new Nike Epic React Flyknit trainers (I can confirm that saying and typing this is a mouthful) was Okay, this is what walking on a cloud feels like. I kid you not, I literally bounced from foot to foot on my first run.

The Nike Epic Reacts are designed to cushion the impact of your stride using their React Foam properties to allow optimal energy return. Sounds technical, right? It is, and it isn't. Let's break it down.

Using the brand's popular Flyknit technology, the Epic React Flyknit trainers use tough fibres to create a lightweight area of support, stretch and still allow your feet to breathe. This combined with the cushioned heel helps to propel each stride you take as you run, and still offers 10% more energy return, no matter what your distance. They're essentially the every-run shoes. You could wear them for your Sunday long run or your Tuesday speed session.

The thing with the Nike Reacts is you literally feel like you have nothing on your feet and at the same time feel fully supported. Being 5% lighter than other Nike running shoes, your feet don't feel weighted down (something that can happen when you're putting the distance in), and since using them my technique has improved dramatically. I even got a 10km run down to 44 minutes, which for me is fast!