Can You Use Niacinamide and Vitamin C Together? Derms Explain

Niacinamide and Vitamin C Can You Use Them Together?
Why You Should Use Them Both (and How)

The skincare ingredient world is packed (and we mean packed with a capital P) with players. It seems as though every day a new one hits the already-crowded scene, promising to be the next best thing. Still, despite the newbies that come and go with a predictable regularity, there are a handful of ingredients that remain tried-and-true, staples with scientifically-proven effects. Among these, niacinamide and vitamin C are arguably two of the biggest names on that short list. Each boasting a plethora of benefits, the question then becomes this: If they can do such great things individually, can or should they be used together? Is it a peanut-butter-and-jelly scenario (you know, where each thing is great on its own, but really way better when paired with the other)? Or can combining these two powerhouses cause problems? There's a lot of conflicting advice on the topic, so we asked experts to set the record straight.

Before we get to the potential issues that can arise when combining the two, it's important to understand what these ingredients are and what they can do for your skin on their own.

Niacinamide is a form of vitamin B3 (also known as niacin) that is, "a wonder ingredient with a multitude of benefits," says Chicago dermatologist Emily Arch, MD. "Among its many attributes, it helps skin produce ceramides to improve barrier function and hydration, increases collagen production to help with the appearance of fine lines and pores, inhibits excess sebum production, and may help lighten discoloration," she adds. As if that weren't enough, it's also been shown to have anti-inflammatory effects (particularly beneficial for those with acne and rosacea), and is a powerful antioxidant, according to board-certified dermatologist Charlotte Birnbaum, MD of Spring Street Dermatology in New York City. In other words, no matter what your complexion concern may be, niacinamide can probably help.

Vitamin C isn't far behind when it comes to boasting a lengthy list of benefits. Arch calls it her, "favorite skincare ingredient, hands down," lauding it for its potent antioxidant properties and ability to neutralize free radicals before they can cause damage. And like niacinamide, it also has anti-aging effects. Vitamin C is crucial for collagen production, improving the look of fine lines and wrinkles, and decreases the production of pigment to help lighten dark spots, explains Birnbaum.

So, can you use niacinamide and vitamin C together?

The short answer to your question: yes, you can. Anything you may have read that says otherwise is based on outdated research that doesn't translate to a real world scenario. "Some research done in the 1960s showed a negative interaction and that the two could potentially react to produce nicotinic acid, which can cause redness and itching in the skin," explains Perry Romanowski, an independent cosmetic chemist. The big caveat? "That occurred when using pure ascorbic acid and niacinamide held at high temperatures," he continues. "It's unlikely to be a problem in modern day formulations stored at room temperature." (Worth noting: Most skincare products use different, more stable forms of vitamin C such as ascorbyl palmitate and magnesium ascorbyl phosphate, rather than ascorbic acid.) It's also worth pointing out that vitamin C is naturally found in our skin: "If the two ingredients weren't compatible, we'd all suffer when using topical niacinamide," says Arch. 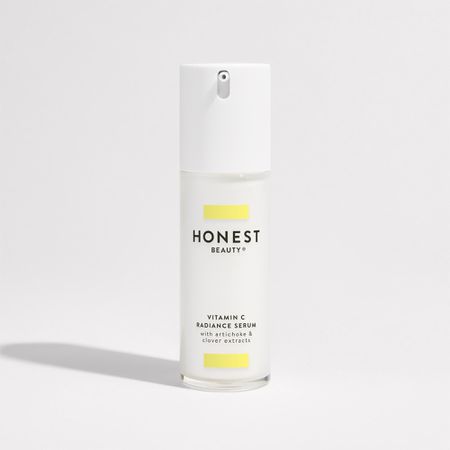 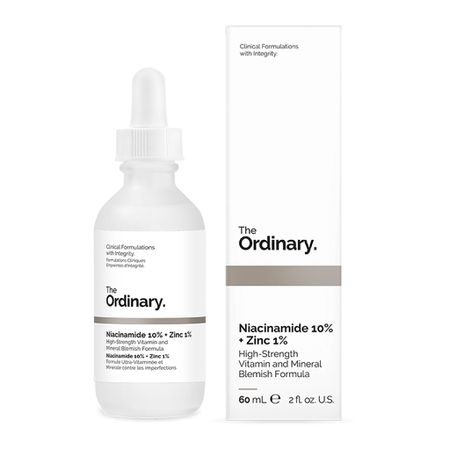 Here's why you should use them both (and how to do so).

Okay, so we know combining the two isn't going to be problematic, but will it be beneficial? Again, the short answer is yes. "Given the multitude of benefits of both of these ingredients, and the complimentary nature of these benefits, they're a powerful combination," says Arch. Even though they both target various signs of aging, they have slightly different mechanisms of action, so you're addressing the issue from various angles. Take skin brightening, for example. Combining the two could be helpful because they're working in different ways to achieve this effect, notes Romanowksi. Vitamin C works by inhibiting an enzyme known as tyrosinase, necessary for the production of pigment, while niacinamide is thought to prevent the transfer of pigment within cells.

As far as the exact way to use niacinamide and vitamin C together, you can either look for one product that contains both or layer them separately, though the experts we spoke with agree that layering is preferable. That's simply because vitamin C is a notoriously unstable molecule, easily rendered inactive by exposure to sunlight, oxygen, and even other ingredients. Plus, "generally speaking, vitamin C needs to be used at a low pH in order to be effective, while niacinamide works better at a higher/neutral pH," adds Romanowski. (Its fussy nature is why many vitamin C products skew on the pricier side; it's a tough ingredient to formulate with.) Arch recommends using a stand-alone vitamin C product for all of the aforementioned reasons, though does note that other antioxidants, specifically vitamin E and ferulic acid, can actually enhance the efficacy and even stability of vitamin C. (Case in point: The Skinceuticals C E Ferulic serum beloved by dermatologists and beauty editors everywhere.) Regardless, no matter which vitamin C product you pick, make sure to keep it out of the sun and heat, adds Birnbaum.

Niacinamide, on the other hand, is much less delicate and finicky than vitamin C, says Arch. You can find it in plenty of serums, moisturizers, masks, and more, at a variety of price points. But when it comes to which ingredient should go on your skin first, it doesn't really matter. Your best bet is to decide based on the formula of the particular products you're using, applying them from thinnest to thickest, advises Arch. In other words, a serum would always go before a moisturizer, and an oil should always be applied last.

TL; DR: Niacinamide and vitamin C are both veritable power players in the skincare world in their own right. And combining them not only isn't a problem, it's actually a great move in your quest for a brighter complexion.

The 11 Best Vitamin C Serums of 2023, Tested & Reviewed
Article Sources
Byrdie takes every opportunity to use high-quality sources, including peer-reviewed studies, to support the facts within our articles. Read our editorial guidelines to learn more about how we keep our content accurate, reliable and trustworthy.