Are You Brave Enough For NYFW’s Top Trends?

From beaded fringe to the lowest of low-rise pants. 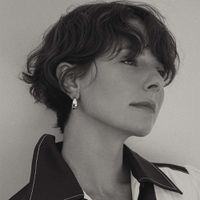 Alyssa Coscarelli
Alyssa is a freelance writer and digital consultant. She has contributed to Harper's Bazaar, Refinery29, Fashionista, The Zoe Report, and more.
Byrdie's Editorial Guidelines

The city was alive and well during the first New York Fashion Week since before COVID-19 changed our lives as we knew them. And, the looks on the runways, too, were anything but sleepy. One might assume that fashion’s over-the-top glamour would come back with a vengeance after over a year of loungewear reigning supreme — but is the world ready for bubble hems and hi-shine head-to-toe? New York’s designers are not-so-gently edging us back toward a more-is-more approach, and some of the looks were just exciting enough to consider loosening our grips on our favorite sweatsuits.

But the effects of the global pandemic were still felt—just not in the ways you might expect. Social distancing took the shape of wide, voluminous, and over-the-top dresses and gowns that command personal space, and the feeling of back-to-school (with many beginning to return to classrooms and offices) was present via pleated skirts and uniform-inspired wares. Some might argue the colors and fabrications, which felt like a shiny, colorful, walking celebration, signaled the (hopeful) end of a time that quieted the world.

No longer are we surrendering to the muted, soft-edged, lifeless way of dressing that takes over when no one is leaving the house; we’re going outside, and this season’s trends are guiding us out of the shadows and into a (hopefully) shining world anew. Read on to see the 12 trends that might just shake you off your loungewear habit for good.

The season’s dresses and gowns lend themselves quite well to social distancing, with expanding shapes, commanding crinolines, and puffed-up silhouettes that really say “Stay six feet away, please.” For a world where the parties may happen, but still with safety precautions, we couldn’t think of any trend more appropriate.

Crinoline skirts weren’t the only blast from the past seen on Spring/Summer 2022’s runways. Corset structures were prevalent, too, and we can’t help but think they’re the perfect antidote to shapeless sweatshirts we’ve been living in.

Another trend inspired by being anything but stagnant, the sailor-style tops and details at NYFW encourage fantasy, escapism, and a sense of youth. It’s a trend we can easily see trickling down to the masses sooner than later.

Cue the bright lights and sunglasses at night, because everyone from Tom Ford to Batsheva seems ready to go out once again in hi-shine fabrications that can’t be ignored. We wouldn’t recommend trying this trend for your next zoom call, but perhaps the next time you’re ready for a night on the town.

Is the sun setting on a dark chapter for all of us? The warm, sunshiney hues at shows from Proenza Schouler to Eckhaus Latta seem like the end of one cold, dark chapter and the warm, welcoming start of another. Consider pink and orange your new neutrals (yes, seriously).

How Low Can You Go?

The end of the high-waisted era is nigh, if the runways are any indication (and they usually are). Both pants and skirts are slung lower and lower, it’s undeniable that we’re finally going the opposite direction than the high rises we’ve become accustomed to.

Remember that bubble hem you loved in middle school? It’s back and fancier than ever, as a mainstay on evening wares and more casual minis alike. It’s the comeback nobody asked for, and whether it earns mainstream success remains to be seen.

Undergarments are now, well, garments thanks to the normalization of bra-tops as wardrobe staples. Ideal for hot days of sweating on the subway, leave your blouses at home in exchange for something a little…less.

Office jobs may feel like a thing of the past, but corporate-inspired dressing is very much of-the-moment. Boxy blazers, chunky ties, and oversized button-ups are all fair game, even if we are working from home a bit longer.

Seemingly inspired by the likes of nineties and early-aughts icons Britney Spears and Paris Hilton, trends that were once coined trashy are making their way to the top. We’re talking velour hoodies, low-slung miniskirts, and bedazzled details galore. What’s old is new, yet again.

The back-to-school energy was definitely felt in the uniform-inspired staples at Sandy Liang, Thom Browne and beyond. If only you kept that pleated skirt...

Stringy, beaded fringe gave a handmade touch to the runway looks at NYFW, and while they might not be the most practical pieces, they’ll certainly shake you out of any eveningwear rut.