To many women, under-eye bags are the bane of their existence. Eye creams are patted, concealers are applied, and many a “miracle” product that promises to tighten, brighten, and lift are desperately purchased. Some may work, some may not, but in the end, most leave us with the distinct feeling that there must be something better out there.

Well, today might just be that day. A makeup artist confidante of ours sent us this crazy, mind-boggling video early this morning, where a woman applies a product to one of her under-eye bags and you can watch it shrink before your eyes. By the end of the video, her under-eye bag is gone. Poof. Smoothed over and vanished like magic. She leaves the other un-filled for comparison, and wow—we're astonished.

The product in question is something called Instantly Ageless, by a MLM (multi-level marketing) company called Jeunesse. The website describes it as a “powerful anti-wrinkle microcream that works quickly and effectively to diminish the visible signs of aging.” The magic ingredient that causes the instant shrink-wrap effect? That would be argireline, which the site says is a peptide that “works like Botox.” We did some research and discovered that this ingredient is actually the trade name for an ingredient called acetyl hexapeptide-3. The company Lipotec, based in Barcelona, Spain, found that this peptide helped destabilizes one of the proteins that causes muscle contractions, like frowning—hence, the literal “Botox in a bottle" effect. Unfortunately, it doesn’t seem to have any long-term benefits, like collagen boosting or brightening, but some studies have shown that a 10 percent concentration of argireline reduced the appearance wrinkles by 30 percent over 30 days.

Either way, we’re pretty psyched about the possibility of a product that even temporarily tightens wrinkles and under-eye bags—and even more psyched because we have a vial in our possession. 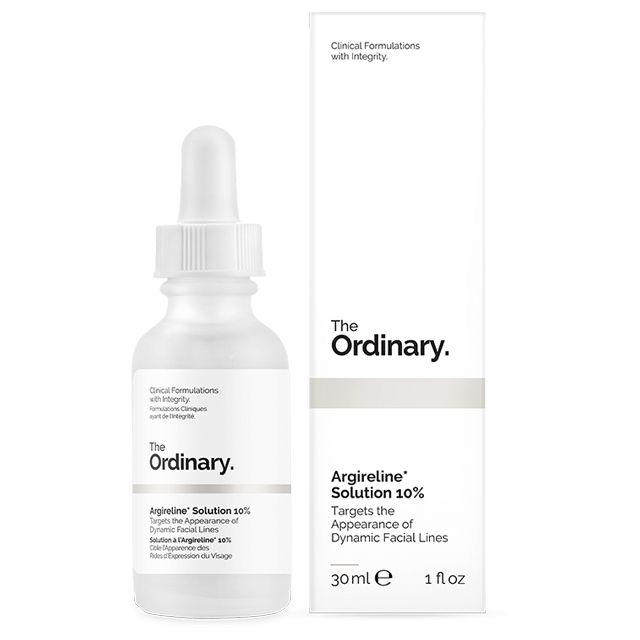