Is It Possible to Naturally Cure a UTI? We Asked the Experts

written by
Leigh Weingus
Leigh held in-house senior editor positions at HuffPost, Elite Daily, and Mindbodygreen, and has been contributing to Byrdie since June 2019.
Byrdie's Editorial Guidelines
Leigh Weingus
Reviewed by
Sara Twogood
Sara Twogood, MD is an obstetrician-gynecologist at Cedars Sinai with a passion for educating the public about female health and wellness.
About Byrdie's Beauty & Wellness Board
Sara Twogood
Obstetrician-Gynecologist

Of the many annoyances in life, few are worse than a urinary tract infection (more commonly known as a UTI). Sometimes a UTI can creep up seemingly out of nowhere; other times, it's more obviously correlated with sex or irritation. Whatever the case, the symptoms associated with a UTI—frequent, urgent bathroom trips, constant discomfort, and sometimes full-blown pain—are pretty miserable.

What Is a Urinary Tract Infection (UTI)?

A urinary tract infection (UTI) occurs when the bacteria usually present on the skin or in the GI tract makes its way to the urethra, bladder, and/or kidneys. Symptoms may include an increased urge to urinate and pain with urination and/or in the pelvic area. It is most commonly treated with antibiotics.﻿﻿

Unfortunately, UTIs are incredibly common, especially among women: About 50 to 60 percent of women will have at least one in their lifetimes.﻿﻿ Because UTIs are bacterial infections, they’re treated with antibiotics. However, antibiotics can come with their own set of side effects: Anyone who’s ever gotten a yeast infection while trying to get rid of a UTI knows what we’re talking about. If you've had one, you’ve probably tried to cure your it naturally at one point or another. (Hey, we’re all guilty of downing a pint of sugary cranberry juice at some point). To find out if any natural measures provide a cure, we consulted Yvonne Bohn, MD, and Patty Ng, MD, FACOG, to get some definitive answers.

Keep scrolling to learn what they have to say about the effectiveness of at-home remedies and whether it's possible to cure a UTI naturally.

If you don’t have a true UTI—meaning you suspect one is coming on, but it hasn’t developed into a full-fledged infection just yet—there are some steps you can take to try to stop it in its tracks before antibiotics become necessary. “Drink lots of water, and avoid alcohol and caffeine,” Bohn suggests. “Urinating frequently can help flush some of the bacteria out of the bladder.”

You can also contact your primary care physician. Now more than ever, doctor-related visits are being conducted online. "You can call your PCP if you have symptoms and they might be able to prescribe you antibiotics without an in-person visit," Ng says, "But if the antibiotics don’t resolve the symptoms, you might be required to have an in-person evaluation."

If you’re worried about getting a yeast infection while on antibiotics, try taking a probiotic containing lactobacillus—a good bacteria that already exists within the digestive system. Probiotics can be taken orally as an OTC capsule or incorporated into your diet.

While you may not be able to cure a UTI naturally, there are actions you can take to stop UTIs from happening at all, and those are 100 percent natural. You’ve probably heard that peeing after sex is a good idea, and it is—but it’s a good idea to pee before sex, too, to get rid of any built-up bacteria ahead of time. And if you get the urge to go, don’t hold it in! Holding your urine for too long encourages bacteria to multiply and may lead to urinary tract infections.﻿﻿

"Taking cranberry pills, avoid having a full bladder, increasing hydration, clean genitals prior to intercourse or using protection, avoid wiping back to front" are all measures that can help prevent a UTI, according to Ng. 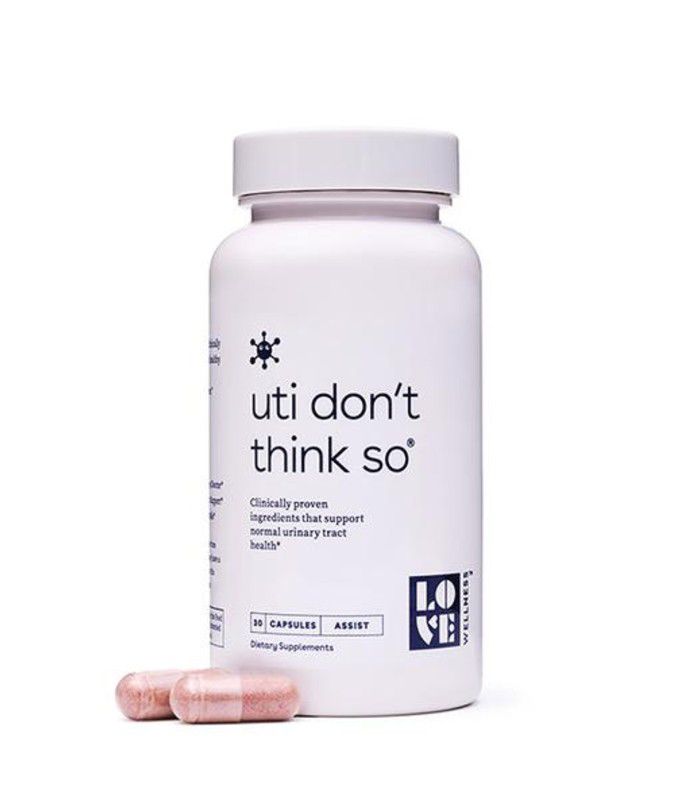 Certain types of supplements can help with UTI prevention, too. While Dr. Ng notes that there is limited data to support using supplements as a preventative measure, there are supplements on the market that women have found success with. One great option is Uqora, a UTI prevention company that uses natural ingredients to prevent UTIs using a drink mix and supplements that promote a balanced vaginal pH and break up “biofilm,” a tool bacteria hides in.

Love Wellness’s “UTI Don’t Think So” ($15) is another top-notch supplement with a really catchy name. Developed by a urogynecologist, it’s formulated with proanthocyanidins (PAC), an ingredient that’s proven to help maintain a healthy urinary tract.﻿﻿

...Especially Those With Cranberry 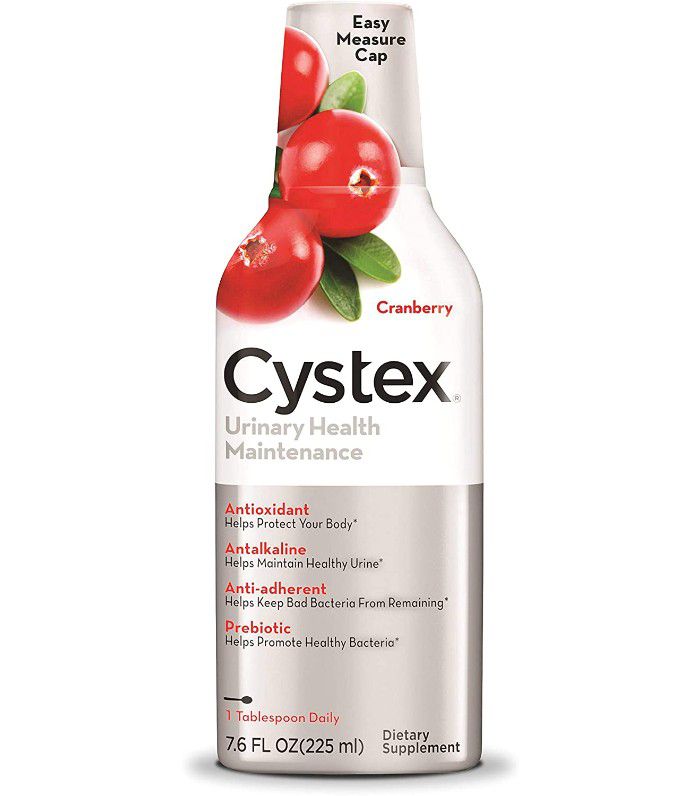 Bohn says, “And try taking a supplement with cranberry, as cranberry helps to prevent the bacteria from adhering to the urethra. I recommend my patients take Cystex Urinary Health Maintenance; one tablespoon every day helps maintain your urinary health.”

If the bacteria can’t stick to the urethra, she explains, they’re less likely to enter the bladder, multiply, and cause a UTI. So while you can’t cure a full-fledged UTI naturally, there are a lot of solid, natural ways to stop one from happening in the first place. Why not try it? Here’s to a happy, healthy urinary tract.

If you can't get to a doctor any time soon, alleviate symptoms with Pyridium-based tablets like AZO Urinary Pain Relief ($11) or Cystex Urinary Pain Relief ($8). While this is not a cure, Pyridium, a medication that relaxes the bladder and reduces irritation from the bacteria, will help with the pain.

Vitamin C strengthens the immune system and may help to prevent UTIs. According to a study conducted on healthy adult women, it can do so by making urine more acidic and, in turn, bacteriostatic, which is just a fancy word for preventing bacteria from growing.﻿﻿

While you can take vitamin C supplements, we find consuming foods high in vitamin C (think: citrus fruits and red bell peppers) or sipping on smoothies is equally effective and much more delicious.

While it would be great to think you could get rid of a UTI with cranberry supplements and staying hydrated, you're out of luck: “Unfortunately, if you have a urinary tract infection caused by bacteria, it needs to be treated with antibiotics,” confirms Bohn. The reason antibiotics work is that they kill bacteria that is present in the urine.

While certain preventative measures do help in keeping you UTI-free, Ng notes that no current evidence demonstrates that natural-based solutions will get rid of the bacteria the same way an antibiotic will. If you are experiencing symptoms, scheduling a visit with your doctor and starting a round of antibiotics will surely cure you of this uncomfortable infection.

Next, read about the product that claims to stop yeast infections, BV, and UTIs.
Article Sources
Byrdie takes every opportunity to use high-quality sources, including peer-reviewed studies, to support the facts within our articles. Read our editorial guidelines to learn more about how we keep our content accurate, reliable and trustworthy.