Exclusive: We Tried Nars's New Climax Mascara, and the Results Are Dramatic

How to Apply The Results The Value
Similar Products Our Verdict

Hold onto your leather harnesses: Nars, the creator of much-loved cult makeup products with subversive names, released a mascara called—wait for it—Climax. We were given the exclusive first look, so as soon as it reached Byrdie HQ, we coated our lashes with the naughty-looking, S&M-Esque red tube immediately. The new mascara promises to deliver “maximum volume” by way of a whipped, airy formula, so you get major fullness without any clumping or smudging. But could it live up to its hype? Would all the buildup lead to mind-blowing lashes from our wildest fantasies? (Sorry, we’ll stop now). Keep scrolling for five editors’ honest reviews.

Keep reading to see what Byrdie editors had to say about Nars Climax mascara.

About the Brand: Nars Cosmetics is a French makeup and skincare brand. It was founded in 1994 by makeup artist and photographer François Nars.

Place the wand at the base of your lashes and wiggle your way to the tip. To build volume, apply a second coat that focuses on the roots and outer corner. If you want added lift, use the want to hold your lashes for five seconds. Don't forget to coat your bottom lashes!

“As with any potential future partners, I expect a lot when trying new mascaras. My natural lashes are thin and not the longest, so I need a formula that will add major volume without clumping while also holding a curl (most volumizing formulas fail in this department). And like a potential partner, I need to know that it will stay with me through thick and thin and not abandon me in the muggy New York heat.

Beyond the unusual-looking tube, I was immediately attracted to the Nars Climax mascara for the thick, fluffy brush. I know my lashes, and my lashes love this type of brush. Sure enough, after I curled my lashes and swiped the formula through, I was happy to see instant volume after just one coat. But one is never enough, so I kept applying and applying and applying. This stuff does not clump, no matter how many layers you apply. I probably applied about 10 layers before my arm got tired, and still, my lashes looked nice and airy and not at all spidery.

In terms of holding a curl, I’d give the mascara an 8 out of 10. It was much better than most volumizing formulas I’ve tried, but because the formula is so light and whipped, it doesn’t necessarily ‘grab’ every lash and lift it (this can be solved if you have the patience to apply a few coats, let them dry, and then apply more). As you can see in the photo below, my lashes still reached to the heavens, despite the wicked-looking product that brought them there.” — Faith, Editorial Director

“I’d heard rumors that Nars was launching a new mascara, and then I saw the Insta hype. Not only was this mascara breaking away from the brand’s monochrome packaging, but it's sporting the eyebrow-raising name Climax. The dictionary definition of the word climax is ‘the most intense, exciting, or important point of something; the culmination.’ So that’s a pretty ballsy name for mascara. I was ready to get extra critical and pick this mascara apart like it was Bruce Willis and I was Demi Moore on a Comedy Central Roast (look it up, it's worth it!). But despite being on high alert for flaws, I couldn’t find any."

“It looks great. The brush is a good size: not too big, not too small. It reaches every lash and is buildable; you can layer it up without clumping. But you don’t need to reapply. It pretty much covers every lash and lengthens, thickens, and fans out in one coat. We’re talking serious false lash effect. If standout lashes are your thing, then Climax should most definitely be the next mascara you buy. You won’t be disappointed—I promise.” — Amy Lawrenson, U.K. Editorial Director

“I’m always skeptical about new mascaras—I’m not exactly easy to please. My eyes are more watery than most, and even the highest-reviewed mascaras often leave me with below-the-lashline smudges. I swiped on Nars’s new offering and was immediately taken with the large, thick-bristle brush. After a few brushstrokes, my lashes looked so long. Then, after a few more, they looked insanely thick, so much so that I had to lie when I received compliments at an industry event later that night (the product hadn’t launched yet, and I had to keep quiet about my new secret weapon). I couldn’t believe the difference (see the before and after shots for yourself), but the real test came later. Would the mascara stay in place without a smudge? I examined my face after coming home from dinner and was pleasantly surprised. No terrible smudges, no flakes. They don’t call Nars iconic for nothing.” — Hallie Gould, Senior Editor

“Leave it to Nars to come up with another sultry-inspired product. Let’s start with the packaging: Climax mascara comes in a suggestive blood-red tube with deep grooves and edges, and the wand, full and voluptuous, coats every lash with glossy, inky formula. As you can tell by my before picture, my lashes are almost negligible without mascara, but after treating them with Climax, they reached their peak (sorry). I’m fond of tacky formulas because they tend to lift my lashes the most, and this mascara is quite wet, so I think I’ll love it more in a few weeks when it starts to dry out a bit. But in terms of first impressions, I was really into how full and fluttery my lashes were after brushing on several coats.” — Lindsey Metrus, Senior Editor

“My natural lashes feel quite lonely post–extensions life. I’m addicted to length, to say the least, and would choose extra-long lashes over short, subtle lashes any day. My natural lashes need a lot of love and attention right now, so trying out Climax felt fitting (see what I did there?). I pulled the thick bristle out of this fire-red tube and was a little intimidated by the size of the applicator at first. I usually end up getting mascara everywhere with big bristles. However, to my surprise, after a few wiggles from the root to the tip of my lashes, I was in the clear—no clumps in sight. This formula felt like it instantly brought the drama to my eyes after two coats. My lashes also don’t feel heavy and tacky, which I usually deal with when trying out voluminous mascaras. I haven’t worn it long enough to judge if fallout will be a thing or not after a long day. But this mascara is definitely as extra as I am, so I like it.” — Maya Allen, Assistant Editor

Size-wise, the tube contains less product than other mascaras at .21oz. But based on the results and compliments received, we'd say this mascara is worth the $24 price tag. A little goes a long way, so if you love bold lashes, it's a worthy addition to your collection.

Nars Climax Mascara may have made a good impression, but others are worth the hype as well. Here are a few noteworthy mascaras worth trying. 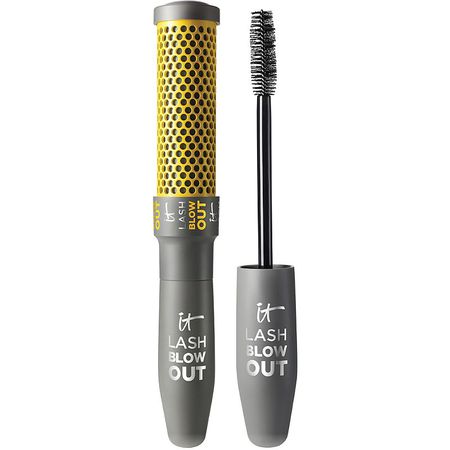 When IT Cosmetics announced its collaboration with Drybar, beauty lovers everywhere couldn't contain their excitement—us included. It lives up to the expectations, giving you a lifted, voluminous lash look. 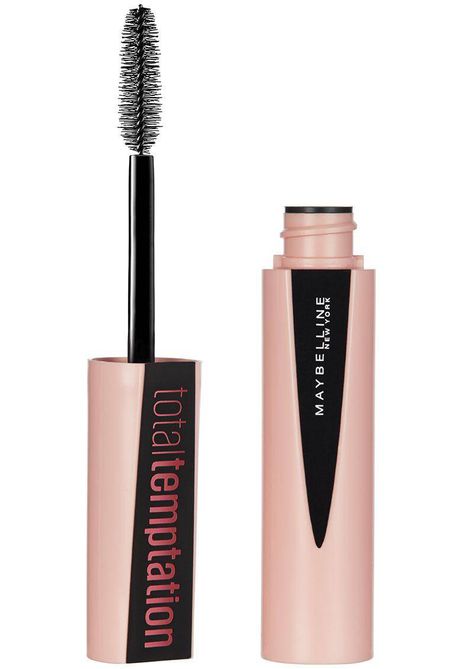 At under half the price of Nars' mascara, this drugstore option may pique your interest. Drugstore mascaras can be difficult to navigate, with so many tubes to choose from, but this one from Maybelline will leave you with volume-packed, separated eyelashes. 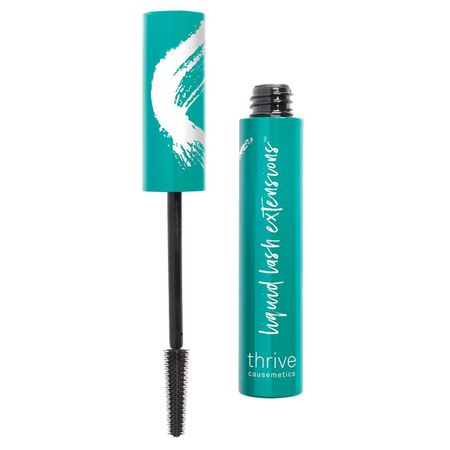 If you haven't heard about this mascara, allow us to fill you in. The formula is said to create the look of lash extensions, and the before and after photos on their site back the claim. As a bonus, the entire brand is 100 percent vegan, cruelty-free, and free of parabens and sulfates.

For those who love a bold lash look (and really, who doesn't?), this mascara is worth trying. Nars’s Climax mascara is available at many fine beauty product stores, including Ulta, Nordstrom, Macy's, Nars boutiques, and, of course, online. 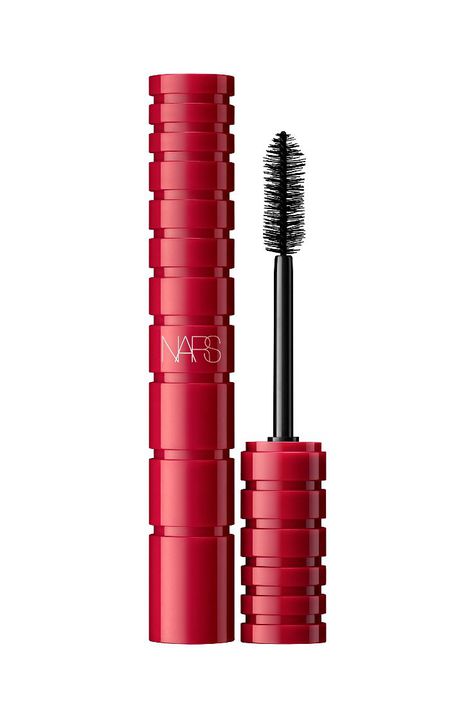