Olivia Hancock
Olivia Hancock is an editor at Byrdie and has over three years of experience writing for digital media platforms.
Byrdie's Editorial Guidelines

The Black hair experience is beautiful and complicated. While we may grow up being taught by some to love our curls and coils, much of the outside world delivers a different message at an early age. We've been told textured hair is "unkempt" for the workplace and school throughout history. For far too long, the media perpetuated the narrative that straight hair is the beauty standard. Thankfully, the rise of the natural hair movement and laws like the CROWN Act have begun to combat some of these issues and helped Black people feel more confident embracing their hair.

Afro-Caribbean-American photographer and activist St. Clair Detrick-Jules highlighted Black women's nuanced hair journeys through her photojournalism book, My Beautiful Black Hair: 101 Natural Hair Stories from the Sisterhood. While her own hair experiences influenced the book, her younger sister Khloe served as her leading inspiration. "When my sister Khloe was only four years old, she became self-conscious about her natural hair," Detrick-Jules says. "She lives in the south of France with my other siblings, my dad, and my stepmom, and there isn't a huge Black community where she is. Her white classmates bullied her because of her natural hair, which was painful for me to hear."

Detrick-Jules began reaching out to Black women of all ages—including friends, students, and natural hair bloggers—to interview them about their hair journies and words of advice for Khloe. "I was honored and humbled by how many people who didn't know my sister or me but were willing to help her feel self-love," she says. "I think that speaks to the sisterhood and love that Black women have between us."

The book opens with a touching foreword from author Alexandra Elle, who unpacks her path from getting relaxers as a child to going natural at 20-years-old. Readers are also met with a brief history of Black hair written by clinical psychologist and natural hairstylist Dr. Aliya M. Mbilishaka. Detrick-Jules then guides us through eight chapters encompassing the Black hair experience—from the big chop to the impact of being boxed in by Eurocentric beauty standards.

For Detrick-Jules, one of the most impactful parts of gathering stories was witnessing each woman's vulnerability. "I interviewed three girls who were about to graduate from high school," she says. "They went to a high school in New York City with only a 2% Black population. I could tell when I interviewed them and asked them about their natural hair, they were delving into topics that they hadn't talked about with each other before. They talked about their hair, body image, and skin bleaching. I thought that [their openness] was beautiful, especially at such a young age."

Moving testimonies like these fill the book's 255 pages and thoughtfully capture the commonalities in our hair experiences. The book rounds out with another critical discussion on hair liberation, which Detrick-Jules says was one of the most dynamic topics to explore. "Hearing these stories from women who were unapologetically wearing their natural hair without caring about what other people thought is powerful," she says. "When you try to convince someone your natural hair is beautiful, it relinquishes your power because you're putting your beauty into someone else's hands. I always think about the importance of us taking back that power."

The book was released on September 28. However, Detrick-Jules shared it with Khloe ahead of its release. "We've been reading through the pages together, and she's enamored with every single woman in the book," she says. "I couldn't ask for anything more. I'm so excited that she is embracing herself at such a young age."

In addition to empowering her sister, Detrick-Jules' wish is that My Beautiful Black Hair: 101 Natural Hair Stories from The Sisterhood serves as an uplifting resource for every Black woman who reads it. "I hope that this book is as healing for other Black women to read as it was for me to make," she says. 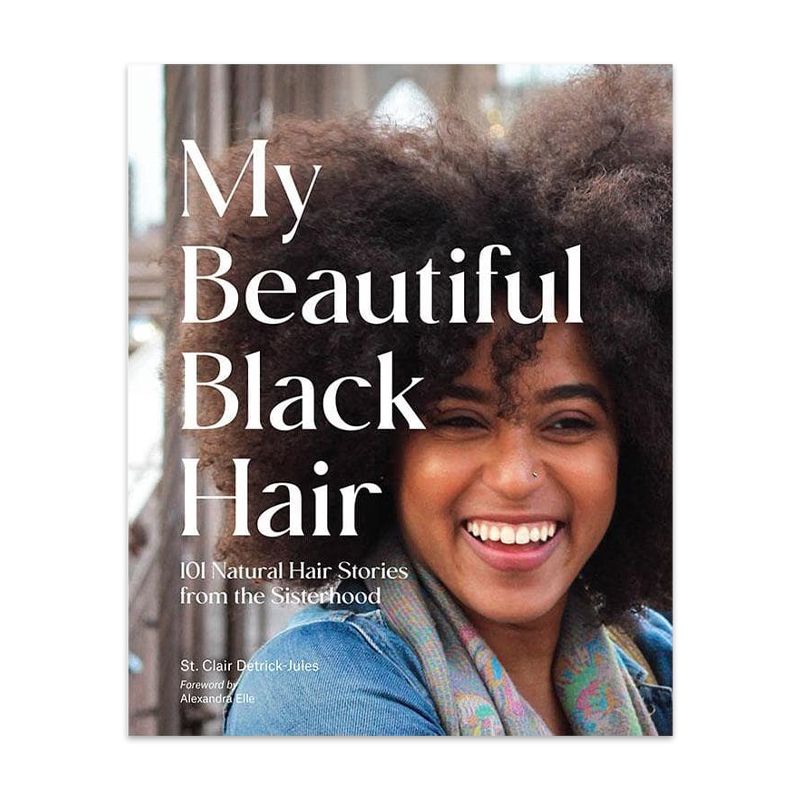