Maybe MUTHA knows best after all.

To truly understand why cult-favorite brand MUTHA can't keep their newly-released eye cream or serum in stock for more than a few hours is to take a science lesson. Free of gushing nonsense words, MUTHA is all about the chemical compounds of their products, explaining exactly how they work with your body's biology to achieve real results. So does it surprise you at all to learn that after just a few days applying the MUTHA Up All Night Eye Cream ($90) morning and night, I don't think I want the under-eye fillers I've been waffling over for five years? It won't if you're familiar with the powerhouse products MUTHA's been making.

Do You Need Eye Cream? Derms Set The Record Straight

Let's zoom in on exactly how both the eye cream and all-around skin savior MUTHA No. 1 Serum ($140) work their collective magic. Both formulated with a top-secret, high-tech blend of actives called MUTHALOAD, the products are made with a combination of ultra-hydrating hyaluronic acid and restorative rice peptides. These don't just treat symptoms of malnourished skin, but actively repair and restore cells.

Rice peptides, like those found in the MUTHALOAD blend, are a protein-filled chain of amino acids that restore and rebuild cells for boosted elasticity, hydration, and glow.

The Up All Night eye cream is heavy on hydration but also fights aging damage with adaptogenic herbs, so named for their remarkable ability to "adapt" and combat stressors in the body. When used here, they battle free radical cell damage, which is largely thought to be the main culprit behind skin sagging with age. Immediate relief comes in the form of coffee extract, which perks up tired eyes with caffeine, and luminous pearl powder in the putty-colored cream.

With the No. 1 Serum, the star of the show is undoubtedly rice kefiran, targeted to improve skin's moisture barrier and hydration to the point where it also improves firmness and even fine lines. Mix that with a stabilized form of Vitamin C that absorbs into the skin "50 times more effectively than other forms of Vitamin C helping to reduce discoloration, brighten the skin and reduce the appearance of uneven skin tone, protecting cells from UVA / UVB damage", and you have a best-seller. Plus, its packaging features a long dropper applicator that makes you feel like you're mixing potions.

Months and months of research on what to do about the dark hollows that took up residence under my eyes around age 4 didn't yield many results outside of "just get filler." I'd all but resigned myself to that painful, expensive fate until the eye cream fell into my lap. While no topical product can ever actually fill in a depression, twice daily application over a weekend made my eye's surrounding skin so bright and hydrated, the hollows don't faze me—meaning I dodged about 37 needle-pricks and $1,200.

About half a pump of the pink cream covered both under-eyes (and my lids) with ease, and its pearly sheen acts as a sort of illuminator/concealer on its own. I applied it morning and evening, both under makeup and on its own, and never experienced any pilling or separation under foundation. 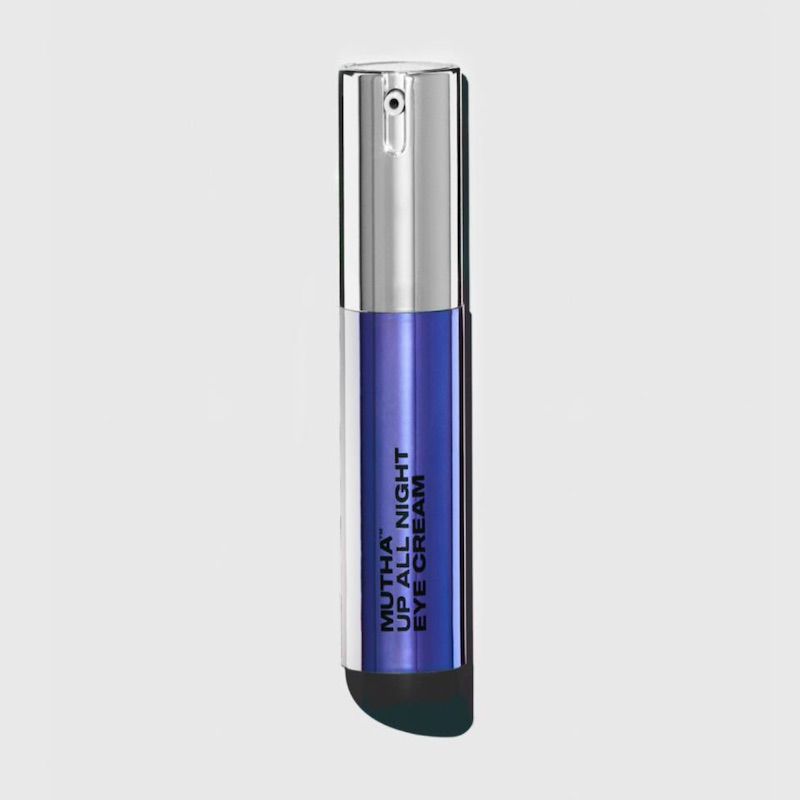 As for the No. 1 serum, I'll put it like this: When it first arrived, I absentmindedly slathered it everywhere. The backs of my hands, my neck, and chest, my shoulders, everywhere. And then I realized how moisturizing and smoothing it was and immediately wished I could take it all back from my shoulders and put it on my face and neck—I didn't even know I wanted a pretty neck until this serum showed me I could have one. I've been using it twice a day after toner (with no plans to stop, mind you) and the result has been silky smooth hydration despite my second month on a powerful and drying tretinoin blend. 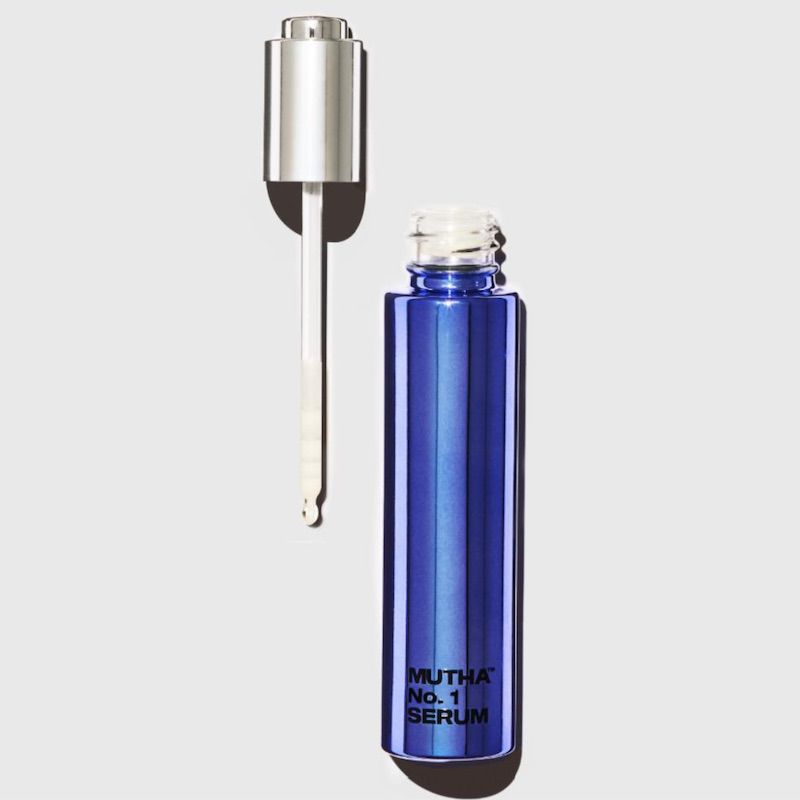 I'm only a few days in on both products but if things keep going how they are, I'll be obeying MUTHA for a long, long time.

Both the MUTHA No. 1 Serum and MUTHA Up All Night Eye Cream have been restocked and available now at Mutha.com.