Morning Sickness Almost Ruined Me, But This Helped

It's difficult to explain to someone who's never experienced it, how appalling morning sickness can be. Before I became pregnant, I had no idea. "What's a few spews over the course of nine months?" I thought, if I ever thought about it at all. "Surely you can manage with medication," I said to myself. (HA! I tried three different options—none of them worked for me.) Having never known anyone with "unmanageable" morning sickness, I didn't think it would be that bad. But while some women get off scot-free, and some get a tiny touch of nausea, I vomited so violently (and often) I burst blood vessels in my face.

During the first trimester, I had nausea 24/7. For weeks, I averaged only a few handfuls of crackers a day. On the odd occasion I didn't immediately need to throw up on waking, I'd maybe manage some breakfast. Sometimes it stayed down. (Mostly, it didn't.) Often, I threw up plain water. At my worst, I was so ill I couldn't get out of bed for a month. I didn't know when, or if, it would end. Thankfully, the intensity did eventually dial down. I was still sick most days for another six weeks, but I was grateful I could leave the house. It was at this stage, I discovered a little-known morning sickness cure deep in the depths of the internet. And unlike ginger, acupuncture and vitamin B6, it actually helped.

Keep scrolling to find out what it was. 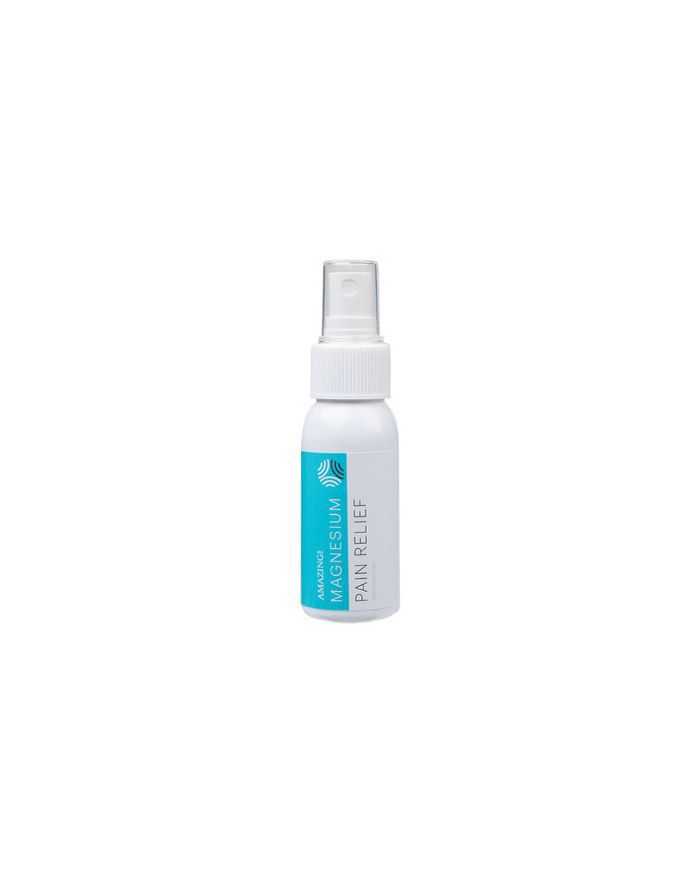 Desperate for help I came across magnesium oil as a potential cure deep in mummy forum territory. The theory for it's effectiveness revolves around the belief that during pregnancy cortisol levels spike and fall, resulting in fatigue and nausea. (Read: Morning sickness.) In a non-pregnant body, magnesium is able to balance this process but preggo hormones can interfere by inhibiting the body's absorption abilities. Willing to give anything a go, I began spraying the oil on the backs of my knees three times a day. On a friend's recommendation, I incorporated mineral-rich bone broth into my diet—another sourse of magnesium. I also started taking Epsom salt baths, and an oral supplement at night. Seems excessive, perhaps, but after a week, I felt better.

While I can't be 100% sure boosting my magnesium levels was what ultimately brought me relief, I'm pretty convinced. I ran out of bone broth and Epsom salt two weeks into my new routine and my symptoms almost immediately got worse—that's proof enough for me. Plus, I later asked my midwife about it and she told me that not only is magnesium a secret morning sickness cure for some, it's also great at keeping blood pressure stable and promoting quality sleep. Now almost into my third trimester, I'm morning sickness-free. Still, I still use either the salts or oil daily, and recommend them to others who swear they work. A miracle fix? Maybe not. But it still beats dry toast and ginger tea.