Eczema is a skin condition characterised by redness, itching, and inflammation, and in some cases, it can be painful and extremely difficult to treat. According to News.com.au, school teacher Megan Underwood had severe eczema that had seen her spend hundreds on treatment options that had all proved ineffective.

But after sharing a before and after shot of her skin completely healed, the post quickly went viral with people asking what had finally worked. Turns out, the skin hero in question is an all-natural Australian product that costs less than avo on toast.

You can see here the before and after, and the transformation is pretty mind-blowing. The product Underwood claims fixed her skin is Moogoo's Skin Milk Udder Cream ($12). Packed with sweet almond oil, milk protein, and rice bran oil, it's long been used in hospitals as a moisturiser for patients undergoing radiation and chemotherapy.

And, judging by the image above, it just might be a miracle cure for eczema sufferers', too. The cream sold out almost immediately after the image went viral, but it's available right now on the Australian site, so don't muck around and get some in your cart, stat. 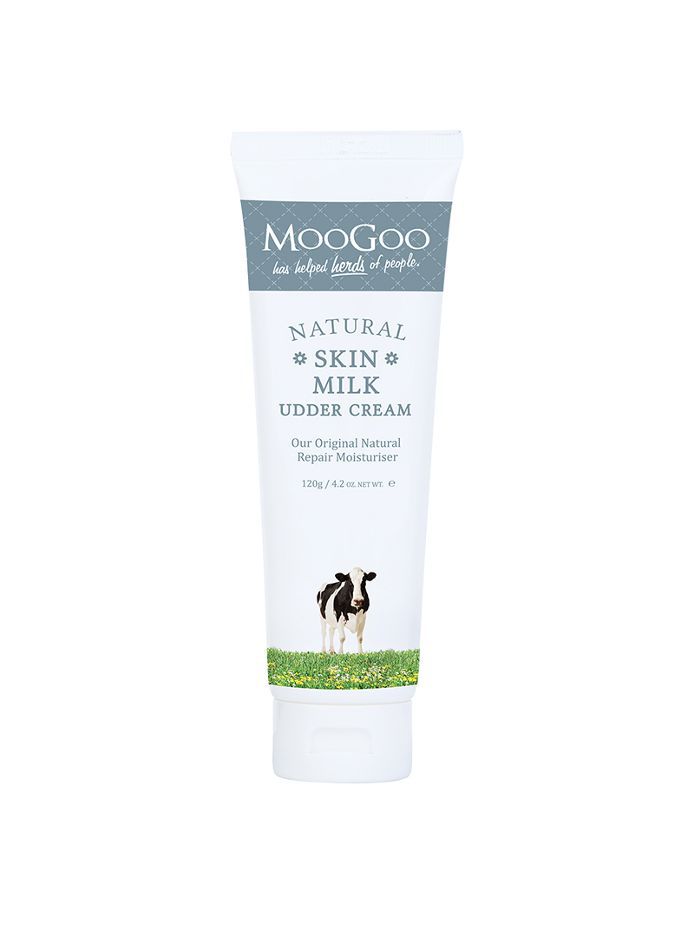