There is no more ludicrous diet than the mono-diet, which is why we tried it so you don't have to. Not a new concept, it has been making waves through social media for some time and we were curious, can it really be sustainable and, more importantly, a healthy way to lose weight?

For those of you who are unsure, the mono diet is where you eat one food all the time. But there are no rules; some focus on one food like Freelee the Banana Girl, who manages to down a smoothie of 15 bananas just for breakfast (although she also includes other fruits throughout the day, too). She is one of many who follow a fruitarian diet, which makes for lovely colorful meals on Instagram, which is why it has become so popular on the platform. Some follow a 95:5 rule by which they can add in small amounts of other food types to prevent boredom setting in. Most claim it's a healthy way of life, but we're not convinced…

What Is the Mono Diet?

The mono diet requires the dieter to restrict consumption to any one type of food with weight-loss in mind. The diet commonly manifests as a fruitarian diet, in which the dieter consumes only fruit for a certain period of time.

There are no hard and fast rules for the mono diet because no nutritionist in their right mind would endorse such a fad. We called on one expert (who didn't want to be named) before our experiment who warned us of fruit. "It’s full of sugar and would wreak havoc with your insulin levels and energy," they said, but when pushed on what food we should choose for this experiment, they replied, "I would personally stick with the food group protein if I had to choose one. For one food, possibly egg, purely because it's the number one reference protein food, which contains all your essential amino acids. Otherwise turkey, chicken or salmon would be okay choices."

I was paired with eggs, while Elinor had chicken; this was less about what came first but rather who would break first. We challenged ourselves to three days.

Obviously the thinking behind a mono-diet (as much as fruitarians may protest) is for weight loss. Why else would you restrict food in such a crazy way? As a qualified personal trainer and someone taking a nutrition course, I went against everything I believe in by restricting food to one source. I count my macros (when I'm being good), which means I ensure I'm getting the healthy balance of protein, fat, and carbohydrate every day. But anyway back to those eggs…

On day one, I started with an egg-white omelet, which came with a little onion and it was tasty enough. I figured if I was eating a lot of eggs it would be worth limiting the yolks where I could—they contain good fats, yes, but with each yolk containing on average 4.5 grams of fat, it soon mounts up (the average woman should have around 50 grams of fat per day). For lunch, I was out and requested poached eggs on toast —the kitchen agreed even though they had stopped serving breakfast. I love eggs, so eating them twice in one day isn't a hardship, but come dinner, having a Pret egg and spinach pot was pretty bleak. Throughout the day I wasn't hungry—eggs are protein-rich and protein has an effect on the brain that triggers you to feel satiated, but then again I wasn't exactly loving life.

I missed breakfast, so just had a large cappuccino and then wolfed down two poached eggs on toast at about 11:30 a.m. Again they kept me full until dinner, which is where I fell off the wagon. I went for an impromptu dinner to a place called Le Bab (posh kebabs), so there was nothing resembling an egg on the menu. I had the chicken kebab and enjoyed it very much, thank you.

Last day! I glazed over at the egg white omelet on the menu and instead chose avo on toast with two poached eggs. Then followed that up at lunch with chicken and courgettes. Did I feel bad for only lasting nearly two days? Not one bit. Yes, the eggs were filling, and yes, I felt I was a bit leaner, but I also didn't feel particularly healthy eating one food, regardless of whether it's good for you or not. If you want to lose weight, be smart about it. The key is portion control, not limiting your diet to a food type. Enjoy eggs, sure, but increase your lean protein to help keep you fuller for longer, fill your plates with vitamin- and mineral-rich fruit, vegetables and, yes, even carbs (you need them for energy, especially if you exercise or you're on your feet all day. Desk-bound people need fewer carbs, FYI). Then just limit the processed foods you eat (sweets and crisps, we're looking at you). The one key thing I learned while doing the mono diet? I won't be doing it again.

If I'm being honest, I felt like I got the good end of the deal with having chicken as my option for the mono diet. But by the end of the week, my smugness had definitely subsided. You'll have to make your own mind up about whose protein choices were better.

Breakfast is tough when you’ve just got chicken to eat, but on the first day, it wasn’t too hard to stomach. I opted for half a pack of prepared chicken (from Marks and Spencer so it tasted pretty good), which I had with a couple of tomatoes. Additions of salt and a minute drizzle of olive oil made it all much more palatable. At lunch, I had a chicken fillet with garlic and a side of kale, as I was eating out. This was pretty delicious, so, again, I felt like this was all going pretty well. At dinner, I finished off the prepared chicken with some more tomatoes and this time a bit of egg. I definitely wasn’t hungry throughout the day, so it wasn’t so bad. So far, so good.

Oh, dear. Day two did not start off well. I really needed something else, and that something else needed to be toast. I woke up with a carb craving, so a slice of wholemeal (just one though!) with butter for my breakfast had to be done. After such a promising start, I'd fallen at the first complex carbohydrate hurdle. At lunch, however, I was better. I opted for a chicken salad from Pret. The addition of extra bits and pieces—a tiny bit of cheese, some leaves and tomatoes—made a massive difference, and I was feeling a bit more like I could do this. However, when dinnertime rolled around, I lost my appetite at the thought of eating chicken again, so I barely ate anything. Perhaps that’s the key to losing weight on this diet—finding it so boring you can’t bear to eat any of it so you lose weight by default. Healthy it is not.

I felt like I’d let myself down yesterday, so I was prepared to tackle it and get the final day done without any temptations. Breakfast was once again the pre-prepared chicken—if anyone has any thoughts on what else to eat when you need something quick in the mornings, I’m open to suggestions—and I started to feel a bit gross. Not eating much the night before, plus having chicken again, was not fully agreeing with me, which clearly proves that this diet is not exactly the healthiest. Lunch was another piece of chicken fillet but with spinach this time, but by dinner, I’d given up and decided a fried egg sandwich with a white roll and tomato ketchup was what my body was craving. Well, if I’m going to fall off the wagon, I may as well do it in spectacular style. I’d definitely dropped a pound or two, but that was probably because my appetite had evaporated thanks to my limited food options. Needless to say, I won't be revisiting this experience any time soon. 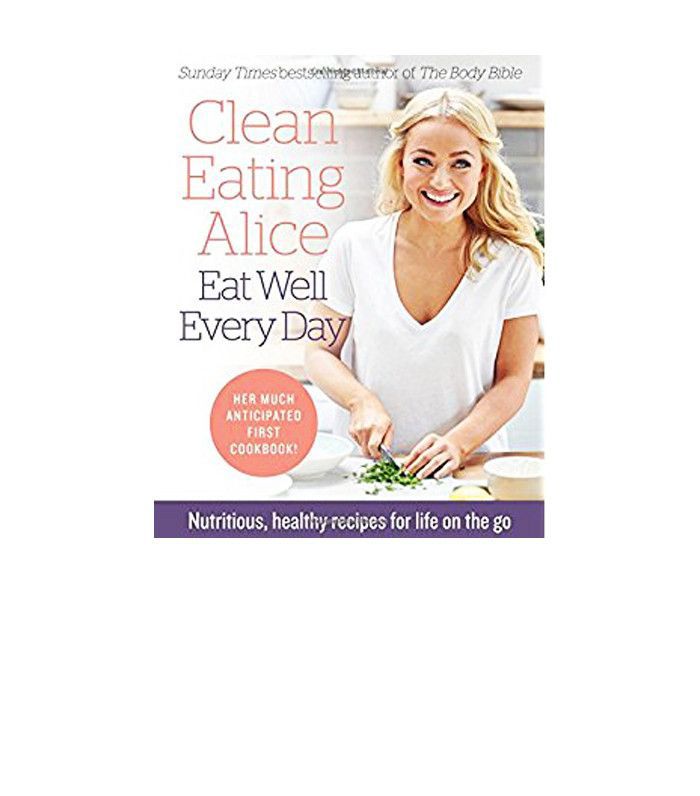 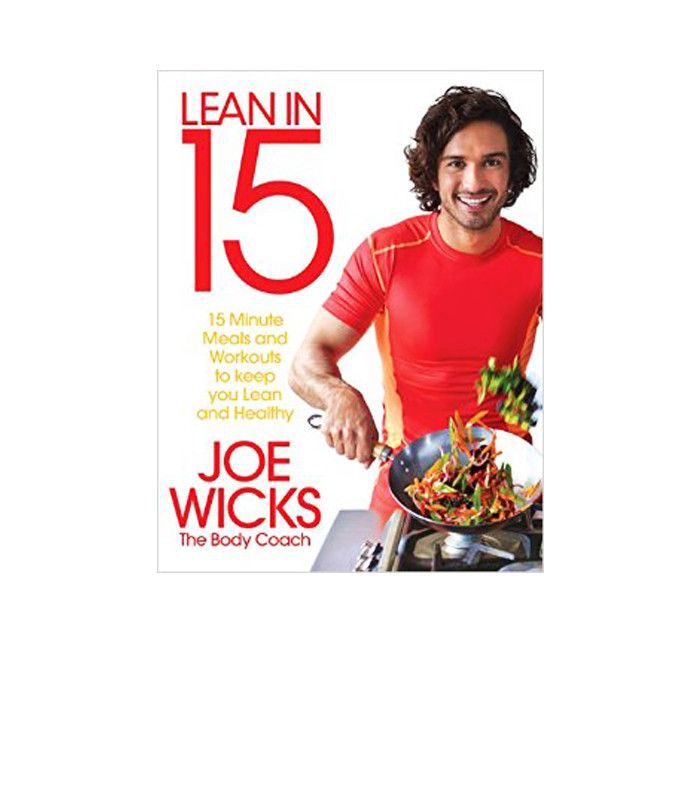 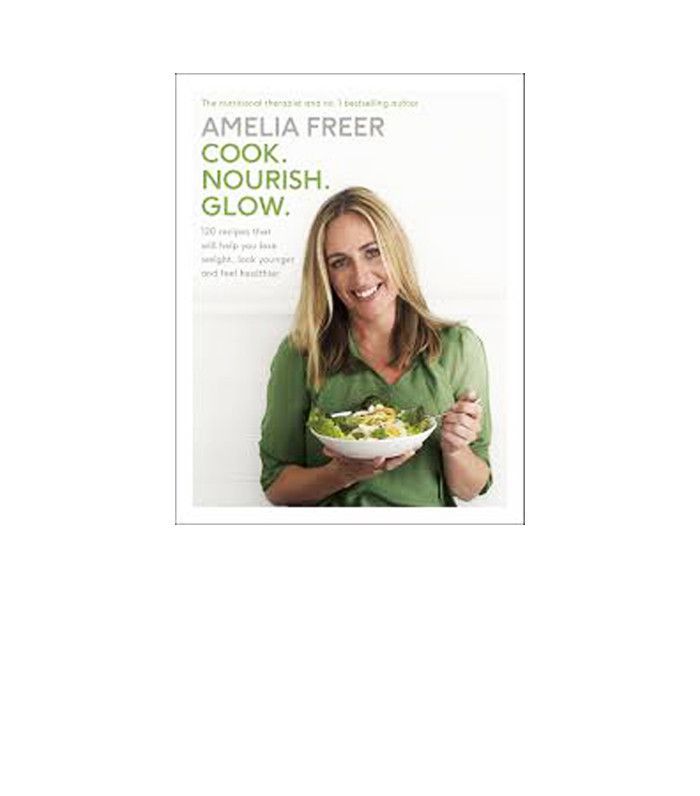