How Moisturizer Works Is It Bad for Your Skin?
Should I Use It? The Final Takeaway

Cleanse, tone, moisturize—it’s the classic skincare ritual we’ve all memorized by heart, even if we don’t necessarily always follow it precisely. Like knowing everything tastes better when it’s in a bowl, or that Clueless: The Musical will one day be a glorious reality, this three-step routine is one of the world’s simplest truths. Which is why we were shocked by the revelation that dermatologist, Zein Obagi, MD, doesn’t believe in moisturizer; yes, you read that correctly. In fact, he thinks using moisturizer can actually be detrimental to your skin. Shocked? Flabbergasted? Intrigued? So were we.

Generally speaking, moisturizer is believed to be good for your skin by acting as a protective barrier, but if overused, your skin could rely on the moisturizer and not properly exfoliate on its own or produce as many natural lipids and proteins, according to Obagi. Crazy, right? To further understand how all of this could be true, keep reading to hear what Obagi and Mara Weinstein, MD, have to say about your precious moisturizer.

First things first: In order to understand why some dermatologists don't love moisturizers, you need to understand what they are and how they work. "The purpose of a moisturizer is to prevent the loss of water in the outermost layer of our skin, the stratum corneum, but it also helps to prevent environmental damage to your skin as it acts as a protective barrier," Weinstein says.

Mara Weinstein, MD, FAAD, is a board-certified dermatologist based in New York.

Zein Obagi, MD, is a board-certified dermatologist to celebs like Jennifer Aniston and Lucy Hale and founder of skincare line ZO Skin Health.

Is Moisturizer Bad for Your Skin?

Obagi firmly believes that moisturizers, in general, reduce your skin’s natural ability to exfoliate. Why? He says that dead skin cells “stick” back onto your complexion when you apply a moisturizer, which prevents them from exfoliating and shedding like they would naturally. “The thick layer of dead skin cells stuck to the skin will make your complexion look dull,” he says. “The mother cells deep in the epidermis will stop dividing and creating new cells, due to the accumulation of dead skin on the surface." It may sound far-fetched, but it does seem to make sense, in a way; the idea is that the less your skin exfoliates naturally, the less the new cells will be encouraged to regenerate. Weinstein agrees that this can happen, so she recommends exfoliating once a week to remove dead cells on the surface of your skin.

Another reason Obagi is against moisturizer: He believes that if you use it daily over time, it can change your skin’s natural balance of water, lipids, and proteins. The result? Your body will stop delivering the skin’s normal, natural method of hydration from within: "When the imbalance of water, lipids, and proteins is altered using moisturizers, the skin’s ability to act as a strong barrier to protect our inner organs will be weakened," he explains. Your whole sensitive skin issue? He blames that on moisturizer, claiming your skin becomes weaker and less tolerant after three to four weeks of only using moisturizer. "Those who use moisturizers alone long-term, without a stimulator, will induce skin weakness and epidermal thinning," he warns. How ominous.

Should I Use a Moisturizer?

In short, yes. "A daily moisturizer is necessary to maintain your skin's moisture barrier and to prevent environmental damage to your skin," Weinstein explains. "I recommend using a daily facial moisturizer with sunscreen once daily in the morning and a moisturizer tailored to your skin type in the evening." But she notes that it's important not to over-moisturize, and it shouldn't be the only product in your skincare routine. When used sparingly and in conjunction with products that have the right active ingredients—such as serums and washes that contain retinoids to promote cell turnover or exfoliant acids—moisturizers can be beneficial, says board-certified dermatologist Michele Farber, MD.

When applying moisturizer, a nickel-sized amount should be enough for your entire face. Using too much moisturizer may leave your face feeling oily and potentially lead to breakouts.

The most important thing Obagi says to remember is that you should be using products that enhance your skin's natural exfoliation process, instead of stifling it—or, as he puts it, "eliminating surface dead cells and allowing the mother cells to create a new generation of cells for renewal." Look for ingredients like fruit acids in your serums and skincare products, which exfoliate your skin and are gentle enough for those with sensitive skin;﻿﻿ retinol and antioxidants will help, too. And if the retinol causes dryness, Weinstein says it's totally fine to use a moisturizer to combat it.

Here's another slightly jarring claim from Obagi: "Only a small percentage of people who have certain genetic disorders have actual skin dryness." What does he mean? Basically, he's saying that most people who consider themselves as having dry skin actually just need help "building stronger barrier functions, using enhancers that regulate skin cell renewal, and stimulators that boost certain cellular functions within the skin." In other words: Use more products with antioxidants, retinol, and fruit acids to aid your skin in moisturizing itself from the inside out, and slather on less moisturizer. In contrast to Weinstein, he claims moisturizer should not be used every day, with one exception: Long-term outdoor exposure to the wind and sun.

Check out some of Byrdie's favorite moisturizers below: 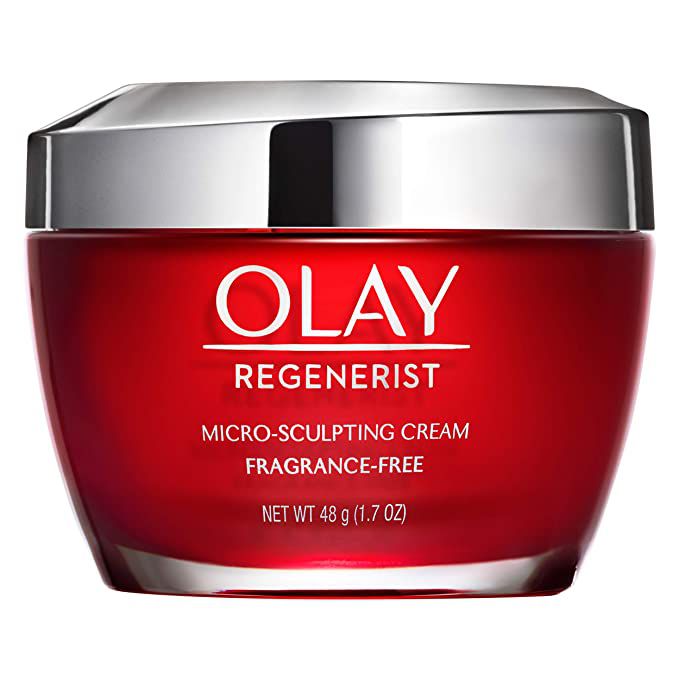 There's good reason this anti-aging moisturizer has become one of Olay's best selling products (it has sold more than one billion of these tiny red jars). Formulated with powerful hyaluronic acid, amino-peptide complex II, and niacinamide, this drugstore-sold cream works to hydrate the skin, revealing a smoother, healthier complexion in just 28 days. 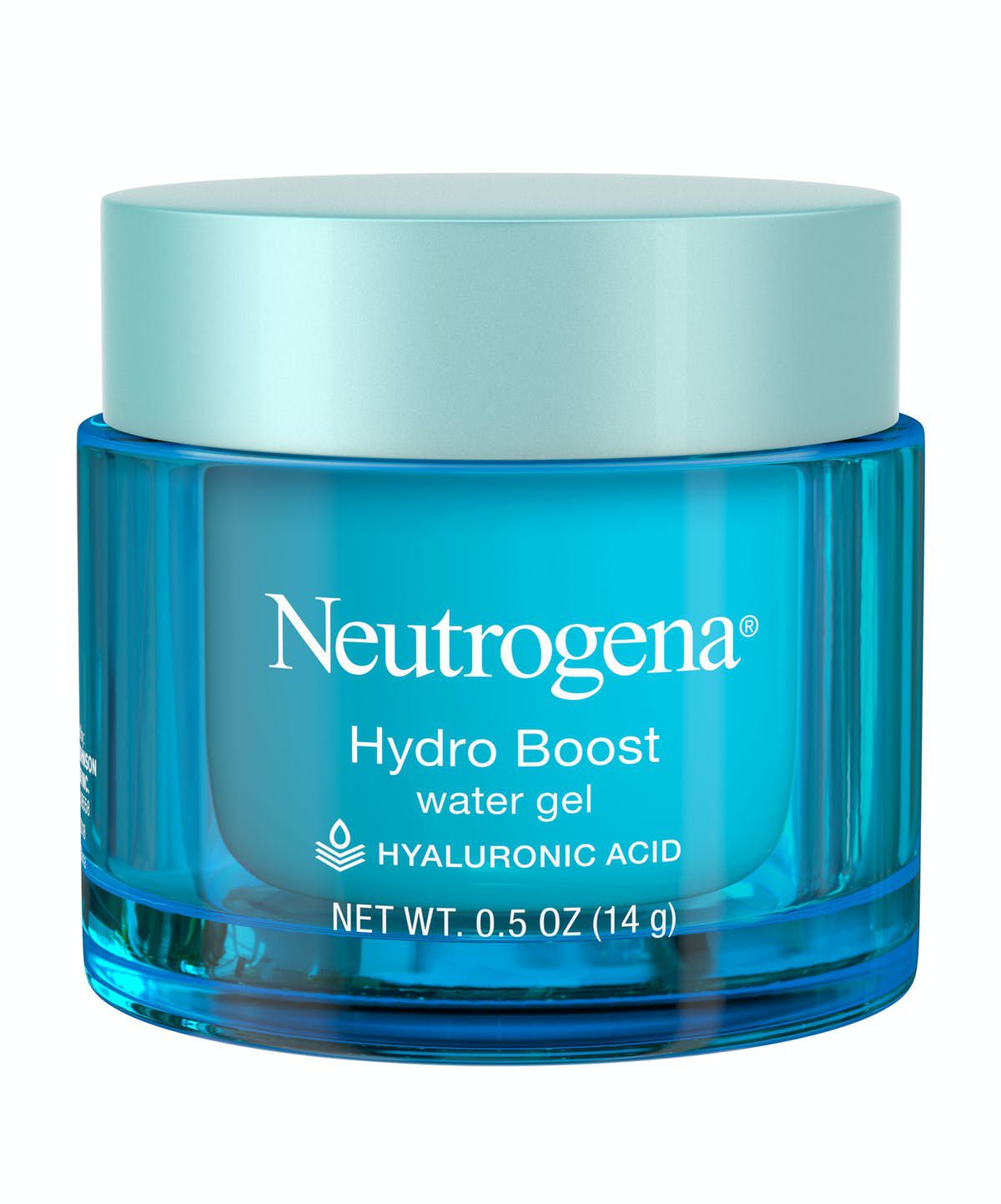 Another great drugstore buy, Neutrogena's Hydro Boost Water Gel is packed with hyaluronic acid and olive extract meant to plump, protect, and nourish the skin. It works to lock moisture into the face and is totally alcohol and oil-free, making it a great option for all skin types. 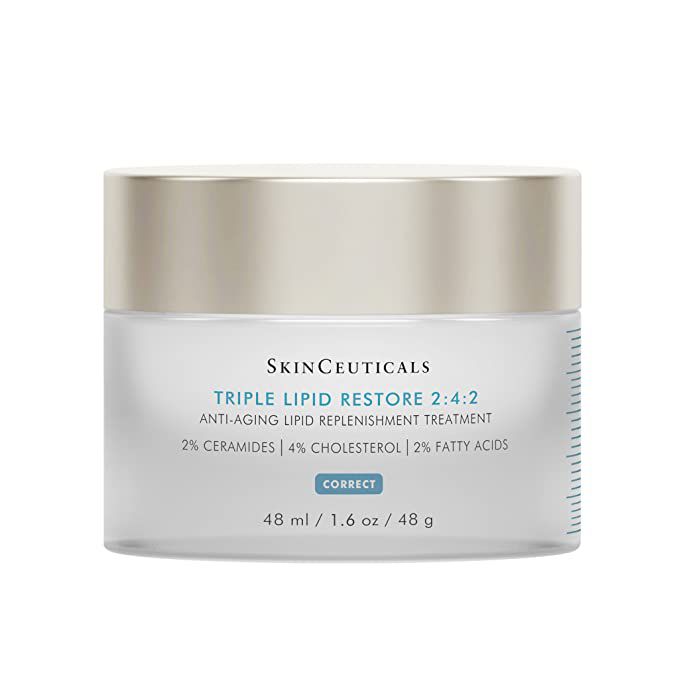 Made with an optimal ratio of ceramides, natural cholesterol, and fatty acids, this cream counteracts the aging process and nourishes skin on contact. It promises to not only smoothe, but also protect the skin's surface, encouraging it to improve dryness and pores.

Think of your skin like a muscle and moisturizer like a pair of Spanx: It may give you a temporary fix, but strengthening from the inside out will give you better long-term results. And when in doubt, just ask your derm. Obagi says your skin's needs change about every year or so, and a professional who truly knows it will be able to help you achieve your glowy skin goals.

How to Apply Moisturizer Like a Pro
Article Sources
Byrdie takes every opportunity to use high-quality sources, including peer-reviewed studies, to support the facts within our articles. Read our editorial guidelines to learn more about how we keep our content accurate, reliable and trustworthy.