How Do We Address Decades of Menopause Stigma?

We talked to some of the female founders offering thoughtful, modern solutions. 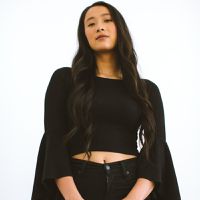 Nadya Okamoto
Nadya Okamoto is a contributing writer for Byrdie and co-founder of August, a lifestyle period brand working to reimagine periods to be powerful.
Byrdie's Editorial Guidelines

The Issues With Menopause Care How Are Things Changing?
Final Thoughts

My career has always been about periods and getting people to talk about periods. I spend a lot of time thinking about how to educate people who haven’t gotten their periods yet, so they feel more prepared and encouraging current menstruators to release the societal shame we’re conditioned to feel about our bodies.

But there's one topic I still have many unanswered questions about: menopause. While menstruation is still stigmatized, we see an even greater lack of conversation and representation surrounding menopause. Menopause, as it is talked about today, is directly linked to aging. And, unfortunately, we still see paranoia being perpetuated by mainstream media around growing older.

In college, I read The Woman in the Body: A Cultural Analysis of Reproduction and learned about a common metaphor medical experts used throughout the 17th and early 20th century: they compared women’s bodies to a factory or machine. This metaphor disempowered women and established menstruation as a sort of failure of the bodily system. In this line of thought, a woman's body is to reproduce like a factory. The product is a baby, the woman is the laborer, and the mechanic who fixes the factory is the physician.

With traditional gender roles at the time, women were confined to the responsibilities of wife and mother. To put it bluntly, having and raising babies was seen as life’s main purpose for women. Because of this, there has been a stigma around periods signifying failure to conceive. With this metaphor, menstruation carries the "connotation of a productive system that has failed." Similarly, menopause was also seen as pathological—a sort of "crisis likely to bring on an increase of disease."

So, how do we address centuries of menopause stigma? Ahead, I chat with the founder of State of Menopause Stacy London, founders of Womaness Sally Mueller and Michelle Jacobs, and co-founder and co-CEO of Attn: Grace Alexandra Fennell to dive deeper into the issue.

The Issues With Menopause Care

Several brands and female founders are at the helm of a fast-growing menopause consumer industry—a $600 billion market, to be exact. According to a new report by venture capital firm Female Founders Fund, there’s a "$600 billion opening for businesses based on the average $2,000 a year the 1 billion women expected to be in menopause worldwide by 2025 spend on menopause" (this includes prescriptions, doctor visits, treatments, creams, etc.).

The stigma around menopause isn’t just medical. Because of societal shame, it has real consequences. "For people who come to this chronologically at middle age as I did, I internalized this sense of shame for somehow being 'past my prime,' and for feeling like my menopausal issues were not manageable," Stacy London, the founder of State of Menopause says. "There was a sense of what I call 'secondary grief' at no longer being able to get pregnant, not because I wanted a baby but the fact that my body could no longer produce one. Not being able to find help, I started to worry for my mental and emotional health, let alone the physical changes."

London’s started her company because she started experiencing severe menopausal symptoms and couldn’t find the support she needed. "I’ve experienced pretty severe symptoms, and when they started a few years ago, no one was talking about them," she says. "My doctors basically said, ‘You’ll get through it,' but I knew it was time for more information about this stage of life which, for the most part, coincides with middle age."

Not being able to find help, I started to worry for my mental and emotional health, let alone the physical changes.

She also believes that the negative stigma around menopause stems from heterosexual-normative socio-biology. "To some degree, women have always been valued by their reproductive health," London says. "Once you are no longer able to bear children, your societal use-value drops. But that is such an antiquated, myopic view of what it means to be a woman. Reducing our worth to that of our reproductive organs is archaic, in my opinion."

Stacy also notes that we should examine the needs of the most marginalized groups who experience menopause. "Start with the smallest groups that need the most help, and everyone benefits from those standards," she says. For queer, gender nonbinary people of color, more complex problems surrounding menopause arise. For example, surgically induced menopause can be difficult, both mentally and physically. Furthermore, the effects of experiencing menopause when it contradicts your gender identity can be incredibly traumatic.

How Are Things Changing?

It’s amazing to see how things are changing, though. There has been an overdue need for menopause care companies, and that includes product innovation too.

Sally Mueller and Michelle Jacobs, the founders of the modern menopause brand Womaness, say that when looking into menopause care, the solutions they found were dated and depressing. "Menopause today is not the menopause of yesteryear because the women experiencing menopause are not the same women of the past," Mueller and Jacobs note. "These women—women like us—want the ideal mix of high-quality ingredients, sustainability, and style, just like their millennial counterparts."

They also made an important distinction: just as the product industry and brands are behind, so is medicine overall. "Menopause eventually affects half of the population, yet most medical school students receive nearly negligible training or information on menopause and the health risks associated with diminishing levels of hormones in women’s bodies during the different stages of menopause," they explain.

The Womaness founders are trying to finally get menopause care to be its own category in the retail market. "There are comprehensive categories for menstruation and maternity, but the market fell short when it came to menopause," Mueller and Jacobs point out. Their company goes beyond the menopause products themselves by prioritizing their community through support and open conversation.

Menopause eventually affects half of the population, yet most medical school students receive nearly negligible training or information on menopause.

Alexandra Fennell, the co-founder and co-CEO of Attn: Grace, is also seeking to make the narrative around menopause less shameful.  "The personal care aisles for older women are shamefully referred to as 'the aisle of death,'" Fennell says. "No wonder we weren’t seeing more thoughtful advancements in this space with such a dehumanizing attitude and approach. So, we set out to pave a better way. With Attn: Grace, we’re designing thoughtful, modern solutions for age-old problems."

Fennell's company recognizes the "un-sexy" bits of menopause (like bladder leaks, body odor, and skin irritation) and seeks to address them. "We’re tackling the inconvenient truths of aging not just with better products, but by elevating and fundamentally reframing how we experience our bodies and the process of caring for them over time," she says.

We’re tackling the inconvenient truths of aging not just with better products, but by elevating and fundamentally reframing how we experience our bodies and the process of caring for them over time.

In addition to personal care, we've also seen brands finally begin to cater to the beauty needs of people experiencing menopause. Better Not Younger's products are specifically formulated to mitigate the effects of menopause and aging on hair. And Pause Well-Aging's products address the unique skincare concerns of menopause.

With a rise in products focused on menopause, however, Fennell also points out there is potential for over-commercializing menopause. "I see brands gravitating towards more 'problems' that women need to 'fix' about themselves," Fennell explains. Because of this, her brand is fighting to strike more of a balance between more natural intervention and physical products.

In this patriarchal world, we are already targeted with unrealistic and unfair beauty standards. We shouldn’t be filled with further anxiety about maturing—which is simply a part of being human. It’s inspiring to learn about the origins of stigmas behind basic bodily functions like menstruation and menopause so we can specifically dismantle those stigmas in the world around us. And it’s about time founders of brands like State Of, Womaness, and Attn: Grace experience more spotlight about their mission to destigmatize menopause and holistically support women going through it.