Tonight, the British Fashion Awards were held in London. The ceremony takes place every year to celebrate the country's best brands, designers, and influencers. Since fashion and beauty are so closely related, this means we often see new and innovative hair and makeup looks on the various celebrities in attendance. We expect it. What we didn't expect, however, was to see Meghan Markle make a surprise appearance, growing baby bump and all. She was there to present the British Designer Womenswear award to Givenchy's creative director, Clare Waight Keller. It's only fitting, seeing as Keller designed the wedding dress Markle wore to marry Prince Harry last May.

Her presence wasn't the only thing that surprised us. Markle took her BFA appearance as an opportunity to break royal beauty protocol in a subtle, yet powerful, way. In fact, we're pretty sure this is the first time we've ever seen a prominent modern royal take such a nontraditional route. Keep scrolling to see her chic and nonconformist look.

Can you spot the one detail that left us all with our mouths agape? It's her manicure. At first glance, there's nothing amiss. Her nails are sleek, shiny, and perfectly shaped, just as a royals' nails should be, right? Not so fast. It's the shade of nail polish that breaches an unofficial royal rule. That is, royals reportedly aren't supposed to wear bright or dark nail polish. Instead, they're supposed to opt for light and/or neutral shades.

While there's no official royal decree that states a ban on bold polish, the neutral preference certainly checks out. Princess Eugenie wore Essie's famous Ballet Slippers Nail Polish ($9) down the aisle in October. The iconic shade is even rumored to be the favorite of Queen Elizabeth herself. If that's not proof enough, just consult any photo of Markle or Kate Middleton that we've seen from the past few years. They're always wearing nude or pink polish.

Here's a photo of Markle taken at the same time as the previous photo of Eugenie. She was in attendance at the princess's wedding, just like all the other members of the royal family. As you can see, her nails are painted a prim and proper shade of neutral pink. Based on the cloudy, almost white-pink color, we're guessing it's not the exact same shade that Eugenie wore, but it's similar nonetheless.

Here, Kate Middleton is pictured only a week ago with nails that have the traditional nude and shiny look called upon by royal etiquette. In comparison, Markle's black nails are incredibly bold but incredibly chic.

This isn't the first time the duchess has gone against the grain, so to speak. In the past, Markle has famously breached etiquette by being photographed barefoot, shutting her own car door, and opting out of the age-old traditional wedding fruitcake. Sure, these rules might seem arbitrary and old-fashioned to us millennial-minded people, but it is the British royal family we're talking about. Tradition is basically synonymous with the monarchy.

To match your manicure to Markle's, keep scrolling to see seven shades of dark nail polish we love. 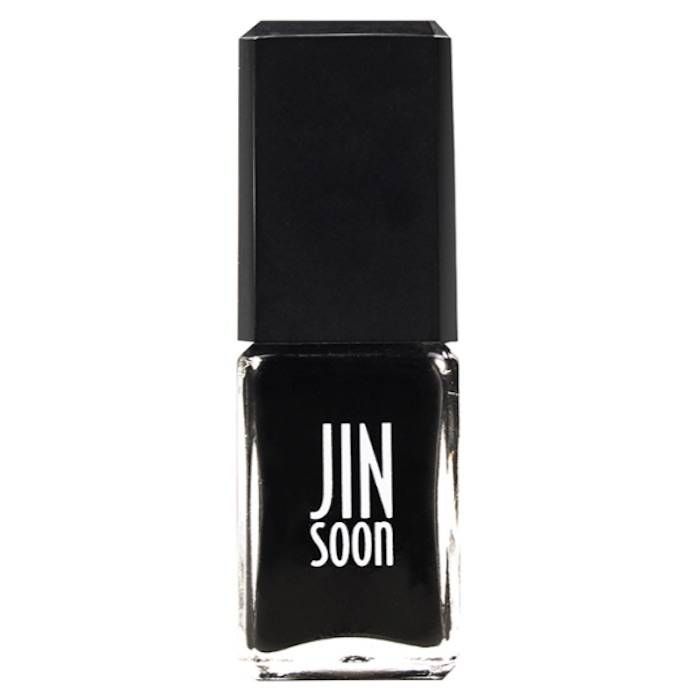 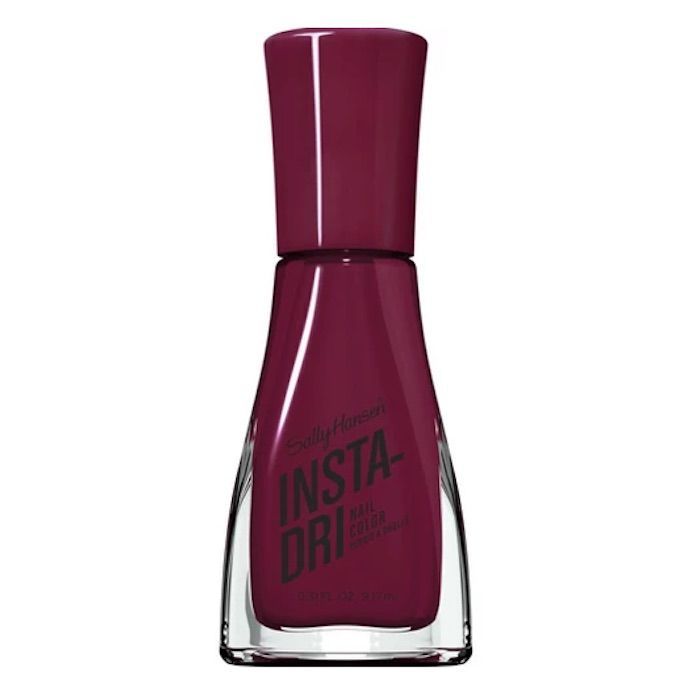 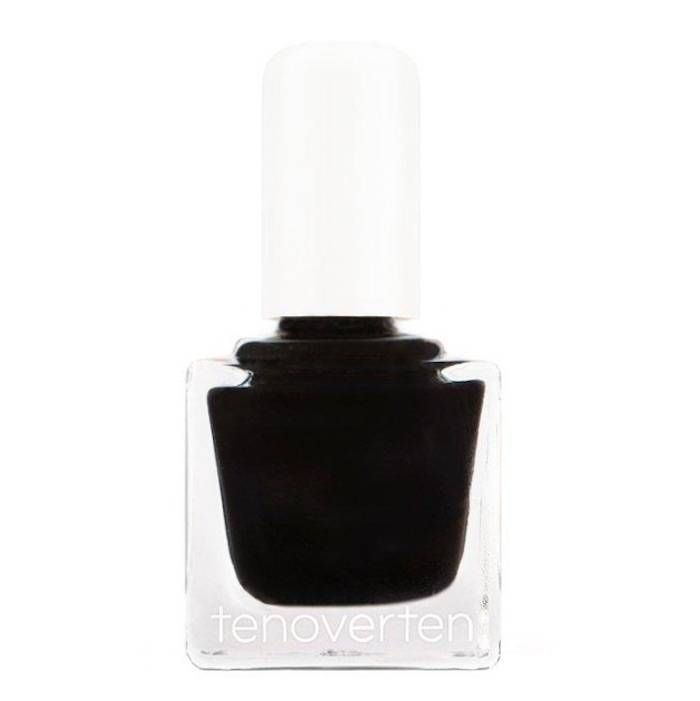 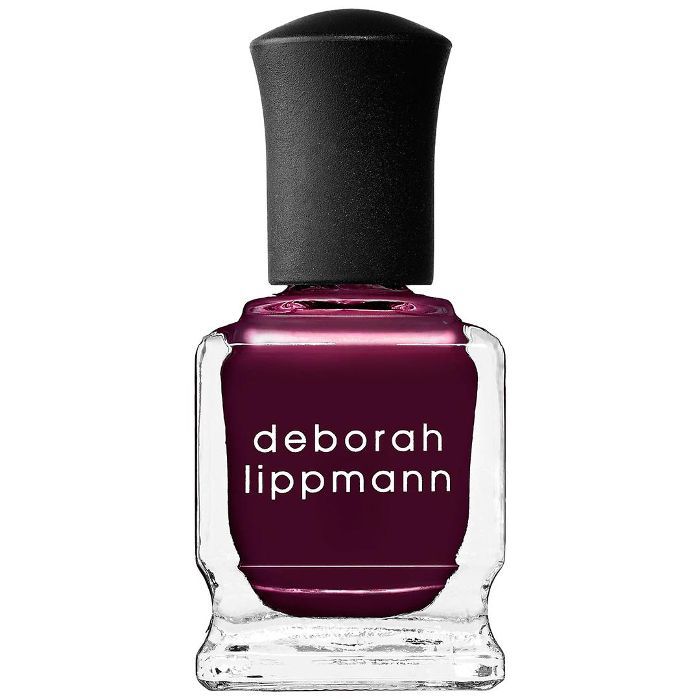 Deborah Lippmann Dark Side of the Moon Nail Polish $18
Shop 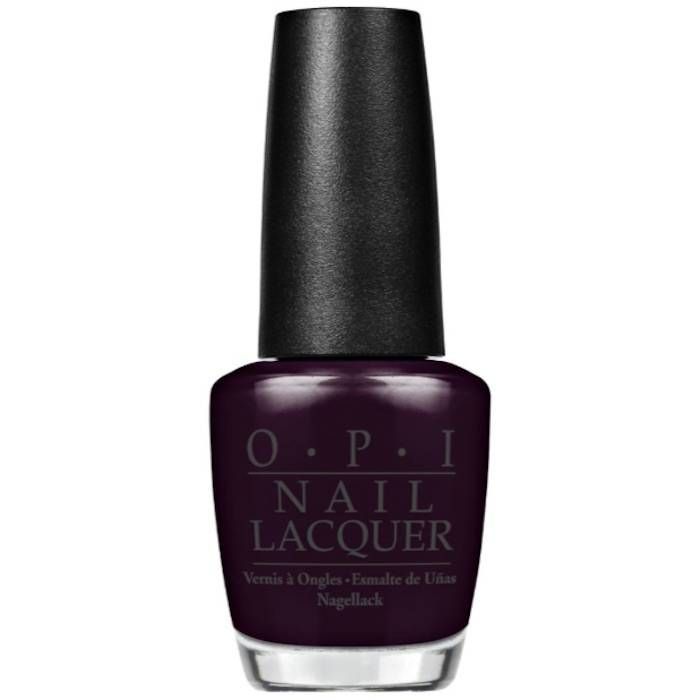 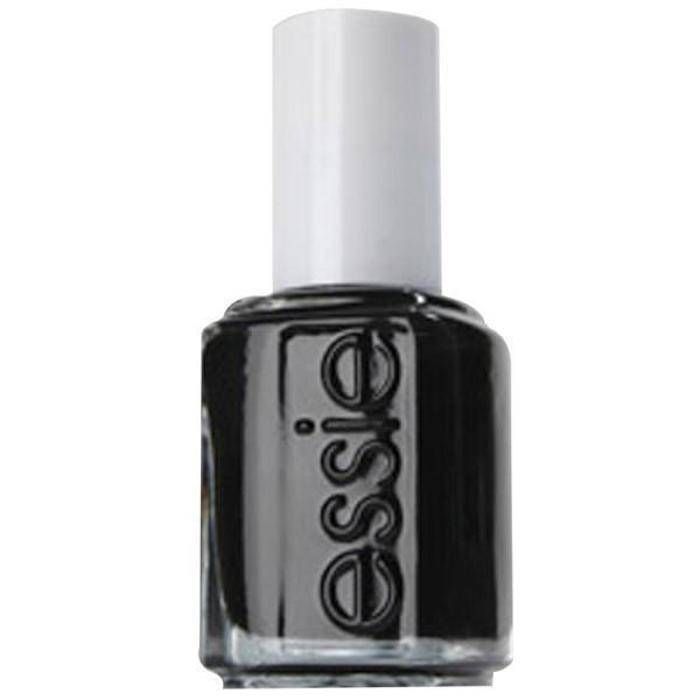 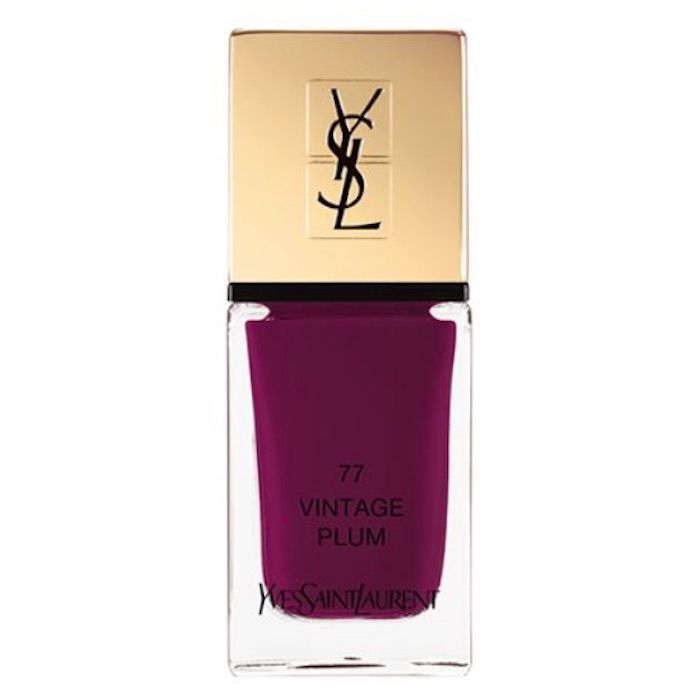