“Megan Fox Brows” Are Trending—Is This the End of the Fluffy Brow?

The Trend Is It Right For You?
Get The Look Get The Products

It's not news to point out that this year has brought with it a revival of and newfound appreciation for the early and mid-aughts, especially the era's beauty and fashion signatures. Already, we've seen excellent reimagined takes on Juicy Tubes, chunky highlights, and Chihuahua-sized purses (though we may have to draw the line at ultra low-rise jeans).

One major trend making a steady resurgence back into the beauty stratosphere is something dramatic enough to change your entire look, but accessible enough for anyone to try: we're talking about thinner, more angular eyebrows inspired by sultry '00s femme fatales like Megan Fox.

We spoke to two of the world's leading brow artists to learn everything we could about the trend, from how to know if the shape is right for your face to exactly what to ask for at the salon. Here's your complete guide to '00s-style, Megan Fox eyebrows:

The past 10 years have been ruled by thick, fluffy brows popularized by stars like Cara Delevingne and Lily Collins. Thought of as a more low-maintenance version of the ultra-skinny brows of the new millennium, the fuller brows were described as youthful, statement-making, and a little bit bohemian. But the full brow trend isn't optimal for every face. Not to mention, not everyone can grow bushy brows. Enter: the so-dubbed Megan Fox brows.

They're arched, coy, mysterious, a little bit dangerous. Think Bond movie bombshell who double-crosses him in the end.

The comments all praise Fox's acting and style, but there's one feature everyone's hyper-fixated on: those high-drama brows.

Is It Right For You?

Before you lift nary a tweezer nor wax strip, though, assess your own face shape, eyes, and bone structure to establish if Megan Fox eyebrows are the way to go. "Angled brows are great on rounder or fuller face shapes," says Malynda "Boom Boom" Vigliotti, master brow artist and owner of NYC's Boom Boom Brow Bar, explaining that the style can balance features and create more pleasing proportions. In contrast, they can read as harsh or even angry on a thinner or more angled face, she tells Byrdie exclusively.

I would think to myself, 'Will this style balance my natural features if I’m not wearing any makeup?'

It's also important to take stock of your current brows and think about how they'll translate to a new style.

Azi Sacks, brow expert at Hawthorne Studio, emphasizes that those with patchy or sparse ends might require more makeup than more relaxed styles. When self-assessing, Sacks tells Byrdie, "I would think to myself, 'Will this style balance my natural features if I’m not wearing any makeup?' A brow that is thicker, dense, and wide is a better candidate for this style."

Experts Sacks and Boom Boom both agree that foraying into femme fatale brows is probably best left to a professional considering the complicated nature of more significant arches. According to Boom Boom, the key to any perfect eyebrow shape is symmetry which can be hard to gauge on your own face. If you've ever tried to even out winged liner only to end up with it completely overtaking your lid, you know exactly what she means. Plus, experts are privy to things many of us wouldn't realize.

"Most people think that when they remove hair on the front part of the brow bone, they are creating a better arch," Boom Boom says. "In turn, they make 'rainbows.' We spend a lot of time at the Boom Boom showing people what they need to grow in and how they can achieve a stronger angle."

Personally, Boom Boom prefers to work with wax for a cleaner feel and even developed an in-house line of low-temperature wax formulated with soothing botanicals to calm sensitive skin. 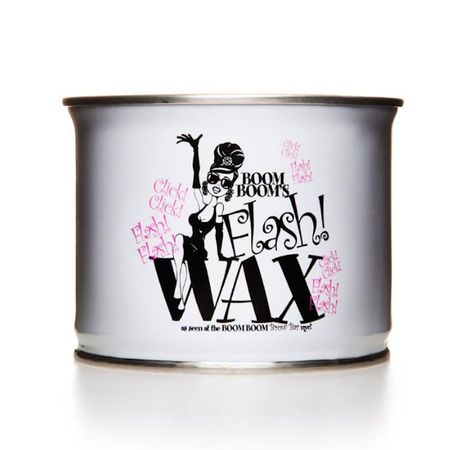 At the salon, ask for pronounced arching and a very sharp, defined shape, Azi Sacks says. Communication is key, so don't be afraid to bring visual references and photos to make sure you can explain exactly the look you're going for.

If there's no way to make it to a brow pro, Boom Boom has a few hard and fast rules to consider before going to town on your own brows: shape with a pencil in front of a regular mirror first, and then tweeze in a magnifying mirror. Trying to shape brows too zoomed-in can result in unnatural shapes or accidental overplucking.

Once your brows are shaped just the way you like them, it's time for the really fun part: makeup. If you find yourself using a lot of product, Sacks says to consider eyebrow tinting at a salon. "Too much makeup in the brow or heavy products make brow hairs shed," she explains. It's better to hand the heavy lifting over to a tint than potentially make your own brows even sparser with thick cream and stiff gels.

Gentle application of cold-pressed castor oil can lead to brow growth, Sacks says, and recommends it to all clients. Ricinoleic Acid, comprising almost 90 percent of castor oil, is often used to target hair loss and patchiness.

For the most natural look, Sacks recommends a simple brow powder and angled brush to fill in gaps. Try the powder side of the Laura Mercier Sketch & Intensify Pomade and Brow Powder Duo ($28) for a soft, full brow that never looks overpowered by product. Sacks likes to follow up with a gentle brow setter like the Chantecaille Full Brow Perfecting Gel ($40) to keep hairs in place. 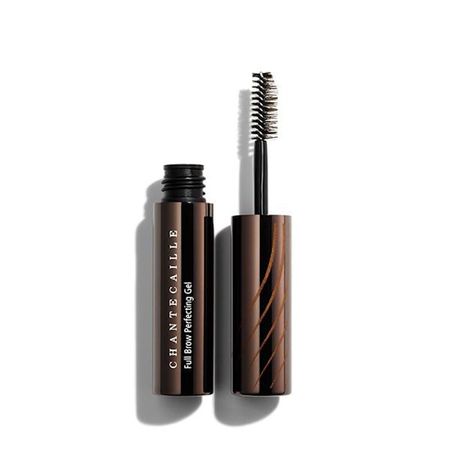 Though it's just now on the way up, it's clear that the Megan Fox-inspired eyebrow trend is one that's here to stay—but that's not to say that we're saying goodbye to the bold and bushy brows we've been loving so much this decade. "It’s a fun thing after this year to think about changing up your brows," Boom Boom optimistically points out. "They are also expressive, so I feel like they can help us to communicate with our masks on and hopefully spread some love."