Maybelline: Brand Review and 10 of the Best Products

Ashley Rebecca
Ashley Rebecca is an NYC-based makeup artist and a regular contributor for Byrdie covering makeup, skincare, and haircare.
Byrdie's Editorial Guidelines
We independently research, test, review, and recommend the best products—learn more about our process. If you buy something through our links, we may earn a commission.

From the iconic green and pink mascara tube of Great Lash mascara to the "Maybe she's born with it, maybe it's Maybelline" tagline we grew up hearing on television commercials and reading in beauty and fashion magazines, Maybelline is an iconic beauty brand that has stood the test of time. Our guess is at one point, you've had at least one or several products from Maybelline in your makeup bag; after all, the brand was born in 1915 and has remained a constant top-seller in mass retailers worldwide, which at the very least is quite impressive. Whether you're just discovering Maybelline or have been using it for decades, the brand's story is unique. Ahead, we spoke with SVP of Marketing for Maybelline New York, Jessie Feinstein, to get the intimate scoop behind Maybelline and then some.

Founded By: Thomas Lyle Williams in 1915

Based In: New York City

Fun Fact: Thomas Lyle Williams wanted to create a product to embellish eyelashes, and would watch his sister, Mabel, mix vaseline and coal dust together to enhance and open up her eyes. Thomas then went on to invent the very first mascara and came up with the name Maybelline by combining his sister's name and the key ingredient that helped create it: Vaseline.

While the first mascara was created in 1915, it has certainly come a long way since then, and we have Thomas Lyle Williams and Maybelline to thank for it. Fast forward to 1971, and mascara became a permanent fixture on everyone's vanity. The most iconic makeup product of all was Maybelline Great Lash Mascara, the green and pink tube inspired by fashion designer Lily Pulitzer. Feinstein notes, "This iconic mascara was an instant hit – and is still one of the brand’s best-selling products to this day, selling one Great Lash tube every 5 seconds!"

While there are many countless groundbreaking "firsts" from Maybelline New York, Feinstein notes one of the most memorable moments from the brand hails from the 1940s, "How-to ads featuring stars such as Hedy Lemarr showed women different ways to wear makeup in which, at that time, they’d only seen at the theater. In the 1950s, the first makeup commercials people watched on TV were Maybelline’s."

From humble beginnings in 1915 to now, it's important to understand the impact and magnitude that Maybelline New York has had on the cosmetics industry. A century later, Maybelline New York became the number one cosmetic brand globally, available in over 120 countries.

Feinstein went on to emphasize the importance of empowering the Maybelline community, "At Maybelline, we use our products to help make everyone, everywhere feel ready to take on their world. We’re for all generations and levels of makeup expertise, from the makeup-savvy individual who is always on the hunt for new trends to the minimalist. We encourage everyone to use makeup as a form of self-expression and empower you to do so – all at an affordable price point."

An affordable price point is right! Shop some of our favorite Maybelline New York products below that deliver great results and are easy on the wallet. 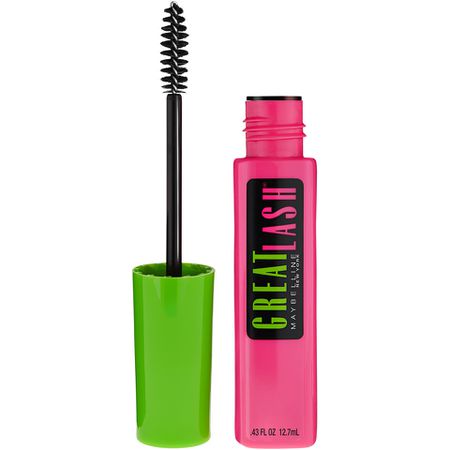 The most iconic mascara of our time, Great Lash Washable Mascara helps to condition and thicken eyelashes all in one application. 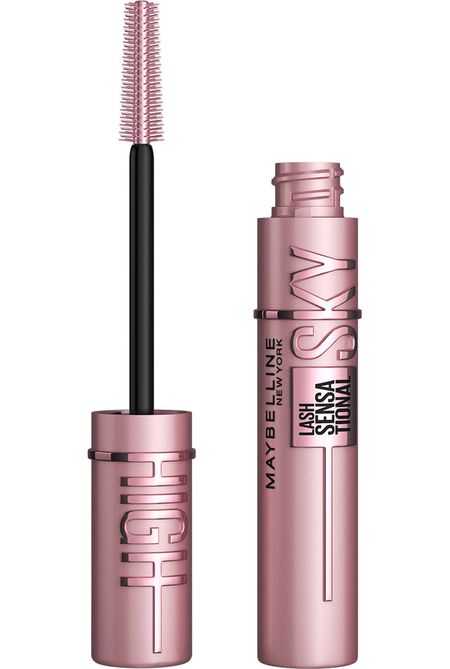 Known as one of the most viral makeup products on TikTok, this mascara adds instant length and volume for "sky-high" eyelashes. For best results, apply the mascara from root to tip, ensuring each eyelash gets coated. 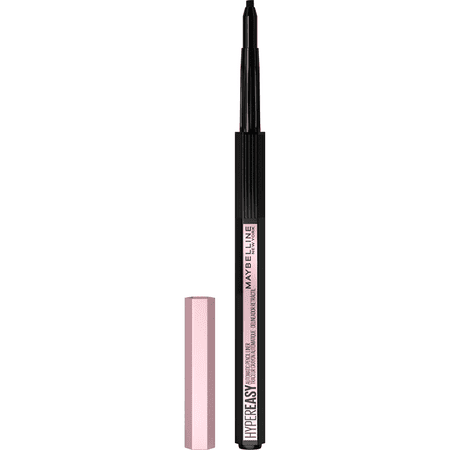 Define eyes effortlessly and easily with this no-slip eyeliner pencil; argan oil allows the gel formula to glide along the lash line for a no-fuss eyeliner application that even the timidest of eye makeup wearers will love. 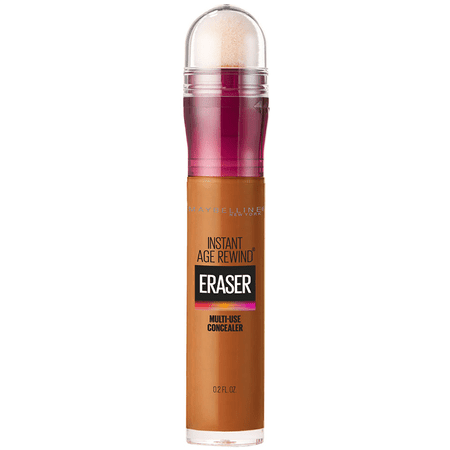 Take away dark circles instantly with this undereye concealer; the sponge applicator allows for precise application. You can use it anywhere else on the face that might need some TLC; try using a few different shades to highlight and contour with, too. 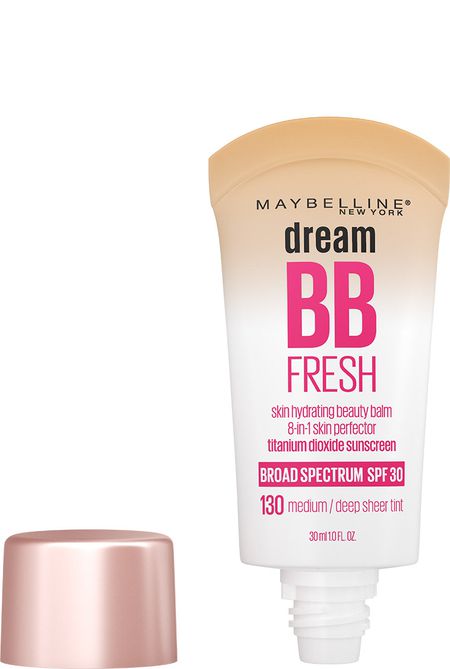 A BB cream packed with eight benefits for the skin, this product hydrates, brightens, smooths, and adds sun protection with SPF 30 to boot. Apply a thin layer to the skin for light coverage that looks dewy and natural. 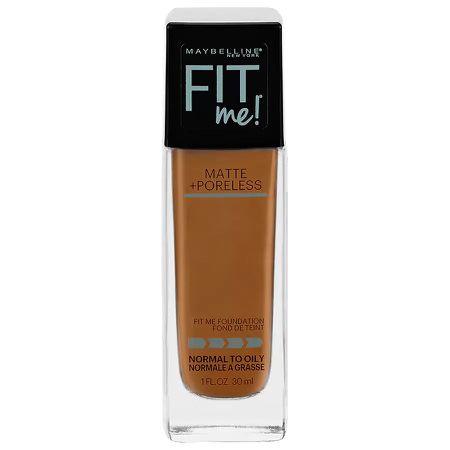 A lightweight foundation that aids in mattifying the skin and minimizing pores, all while leaving a very natural finish. Apply with a makeup sponge or foundation brush; this product is suitable for everyday wear. 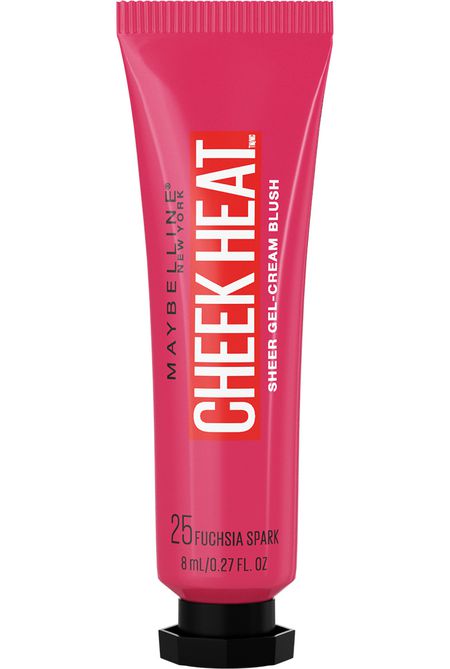 This award-winning cream-gel blush applies easily to the skin while giving the option of beautiful, buildable color. Colorful pigments give a natural flush to the apples of the cheeks; you can add more blush and blend to intensify the color should you want more pop. 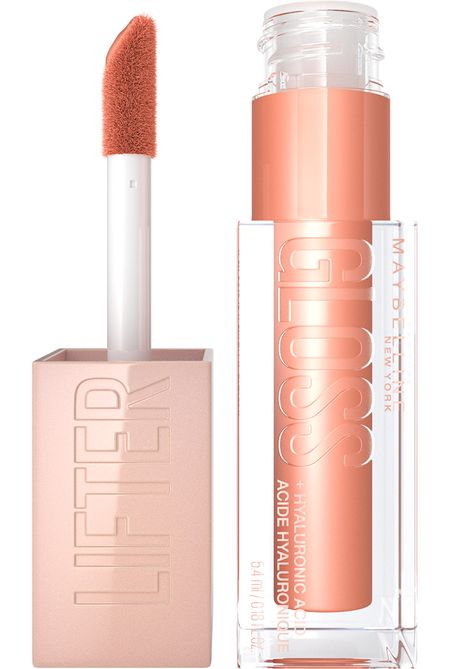 A next-level lipgloss that helps to smooth lips surface while enhancing contour and adding gorgeous color. Hyaluronic acid keeps lips hydrated; there are 15 gorgeous shades to choose from. 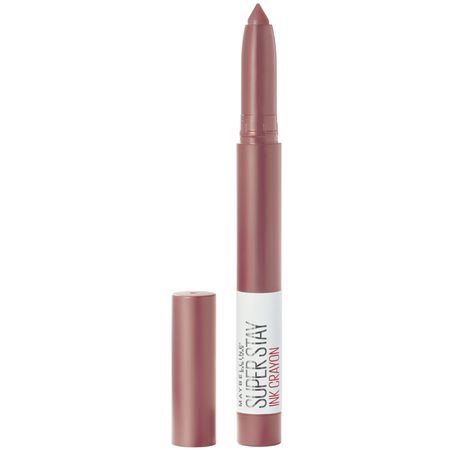 This long-lasting lip crayon comes in 22 shades and has a great color payoff; you might want to stock up on more than just one. Apply the lipstick to the center of your upper lips, and follow the natural contour. Use the wider side of the lip crayon to help define lips shape and fill in the corners. 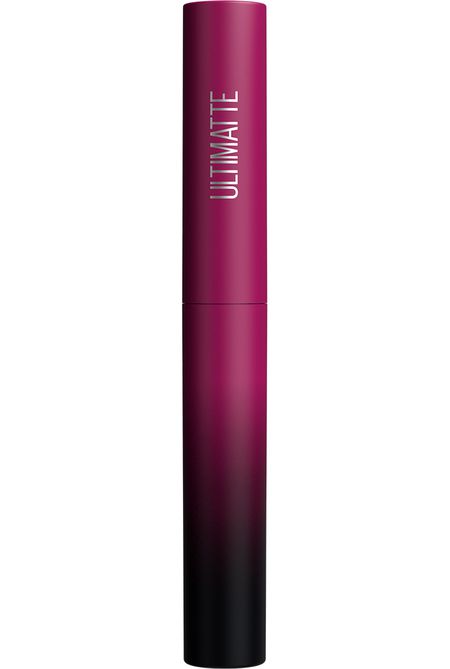 Give your lips exceptional color and a lightweight matte finish with this lipstick. The slim packaging and applicator allow for a precise lipstick look, while high-impact pigments give enviable vibrant color.

The 9 Best Maybelline Foundations to Try for All Skin Types