What a Mascara Primer Can Do For Your Lashes

What do foundation, mascara, and eye shadow all have in common? They work better with a primer. Le sigh, we know. It may seem like an unnecessary step, but smooth a quick coat of primer on before your favorite mascara and you’ll get thicker, longer, and stronger lashes. How? And why? Well, the formulas in today’s story thicken, lengthen, nourish, and provide a perfectly tacky surface to which the mascara adheres. Instead of clumpy, damaged lashes, you'll be left with lashes that survive every application.

That said, there is a right and wrong way to apply mascara primer to avoid the dreaded clump. To gain some intel on application as well as the benefits of a mascara primer, we consulted with celebrity makeup artist Mary Irwin and board-certified dermatologist Purvisha Patel.

Keep reading to learn if mascara primer really works and the right way to apply it.

What Is Mascara Primer?

Mascara primer is a product that's applied pre-mascara that acts as a base coat for your lashes. The goal is to separate the lashes and create a smooth surface for even mascara application. "The cuticle of our hairs is made of overlapping keratin," says Patel. "Mascara primer creates a smooth base by filling in the cracks and creating a smooth surface for the mascara, which ultimately looks like less clumping when mascara is applied." Mascara primers that are meant to be used as a treatment and a primer are typically made of lash-loving ingredients such as keratin, biotin, or vitamin E.

Both experts agree that mascara primer is brimming with lash benefits.

Bottom line: yes, but it depends what you're after. "Lashes that are short or weak will notice a big difference with a primer versus without," explains Irwin. "You’re essentially building up length and thickness where there wasn’t any before." This is especially true if you're sporting fine or lighter-colored lashes, as having that extra layer of primer will help fake the appearance of thicker lashes.

In terms of its lash-strengthening properties, a mascara primer enriched with keratin can help—it’s the protein that the actual hair is made of, and when coated on the lash can make brittle lashes stronger. Lashes suffering from damage can also benefit from primers that have conditioning benefits—Irwin touts ingredients like hydrolyzed silk and peptides (in addition to keratin and biotin), but notes that you should use a lash serum designed to promote growth if your lashes are severely damaged.

In terms of clump risk, Patel notes that mascara primer is effective at preventing clumping from occurring. "Clumping happens when multiple lashes get a coat of mascara together," she explains. "Primers separate the lashes before the mascara is applied, thus preventing clumping [when applied correctly]."

How to Apply Mascara Primer

First things first, curl your lashes before applying the primer to reduce breakage, which can occur if you curl while there's product on your lashes. According to Irwin, you must be mindful with your application in order to get thick, lengthy lashes that are clump-free. "I like to apply and let the lashes mostly dry—but not all the way—before applying mascara," she says. "I’m also a big fan of lash guards, like Tweezerman's No Mess Mascara Guard ($16). You hold them in between the lashes and the lid during application and it allows you to really get into the lashes and coat every one, top and bottom."

Below, Irwin lays out the sequential steps to applying mascara primer.

Remember that just like mascara, your eyelash primer should be replaced every three months. "The wand is not sterile and gets put back in the tube after every use, which can harbor bacteria over time," warns Patel. 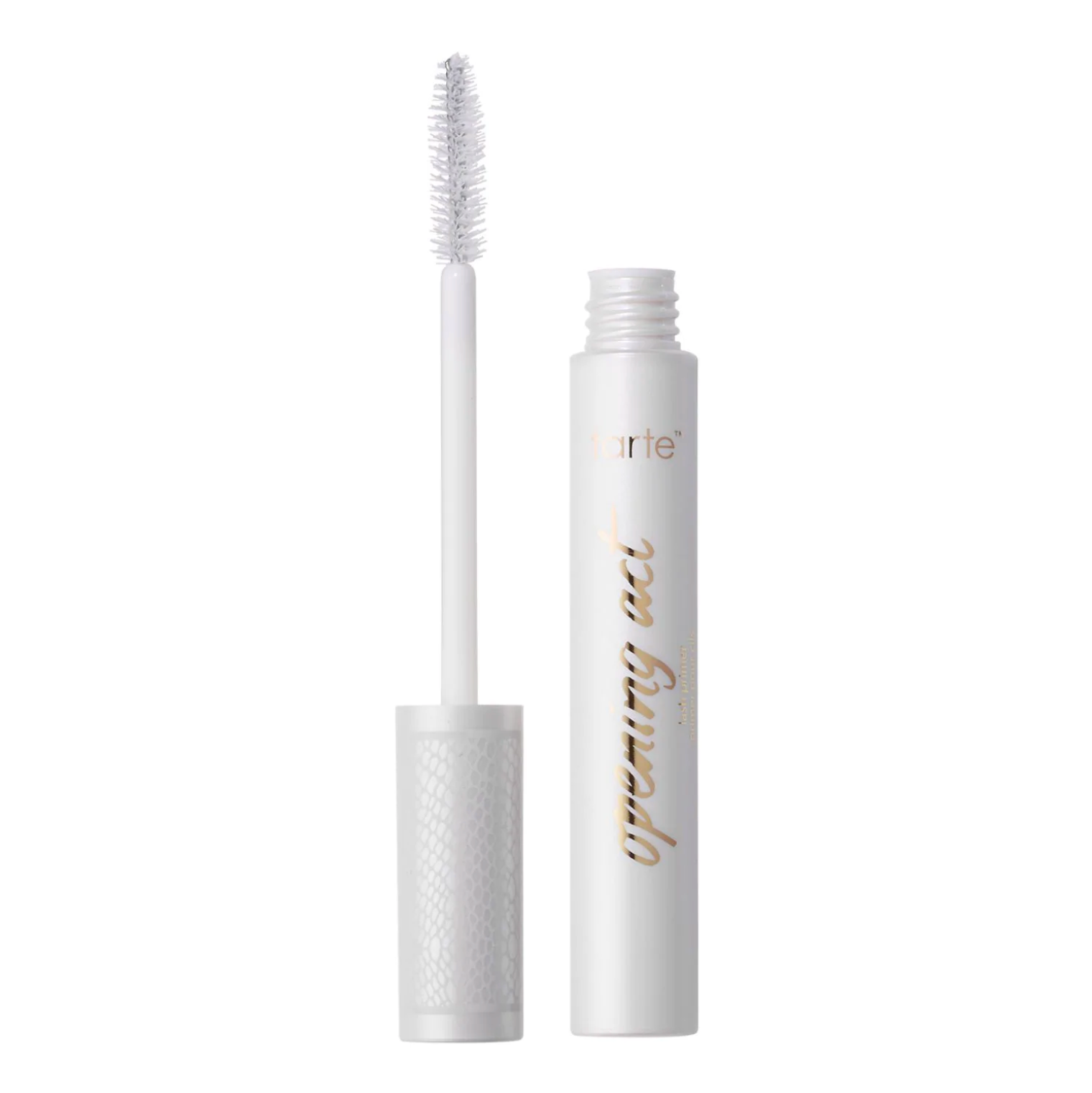 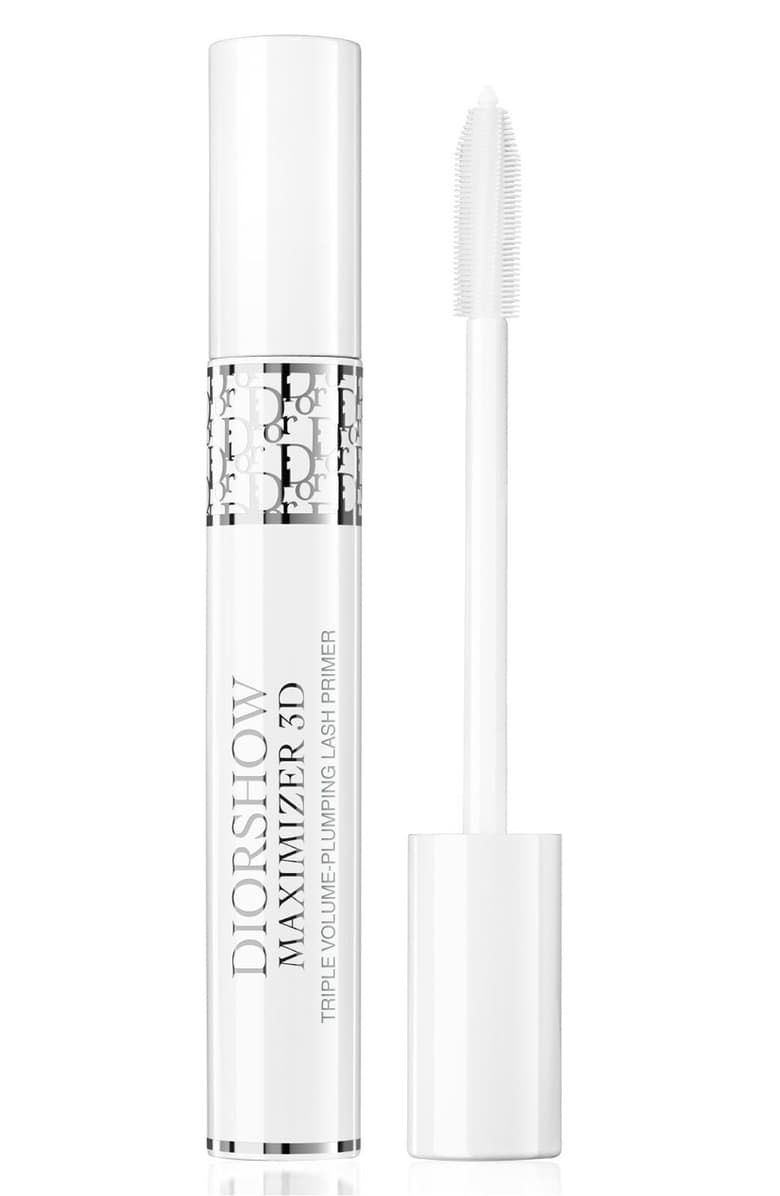 While plenty of brands make primers that only work well with their mascaras, Dior's is one we'll layer under any. Watch your eyelashes lift into perfect separate curls, and then follow up with the mascara of your choosing. It'll look like you're wearing falsies.

Speaking of falsies, Milk Makeup's Kush High Volumizing Mascara ($24) gives you the perfect no-way-those-are-real look, and their primer takes that to the next level. When the two are combined they give you spiky, full, Twiggy-style lashes that'll give you model-off-duty feels. 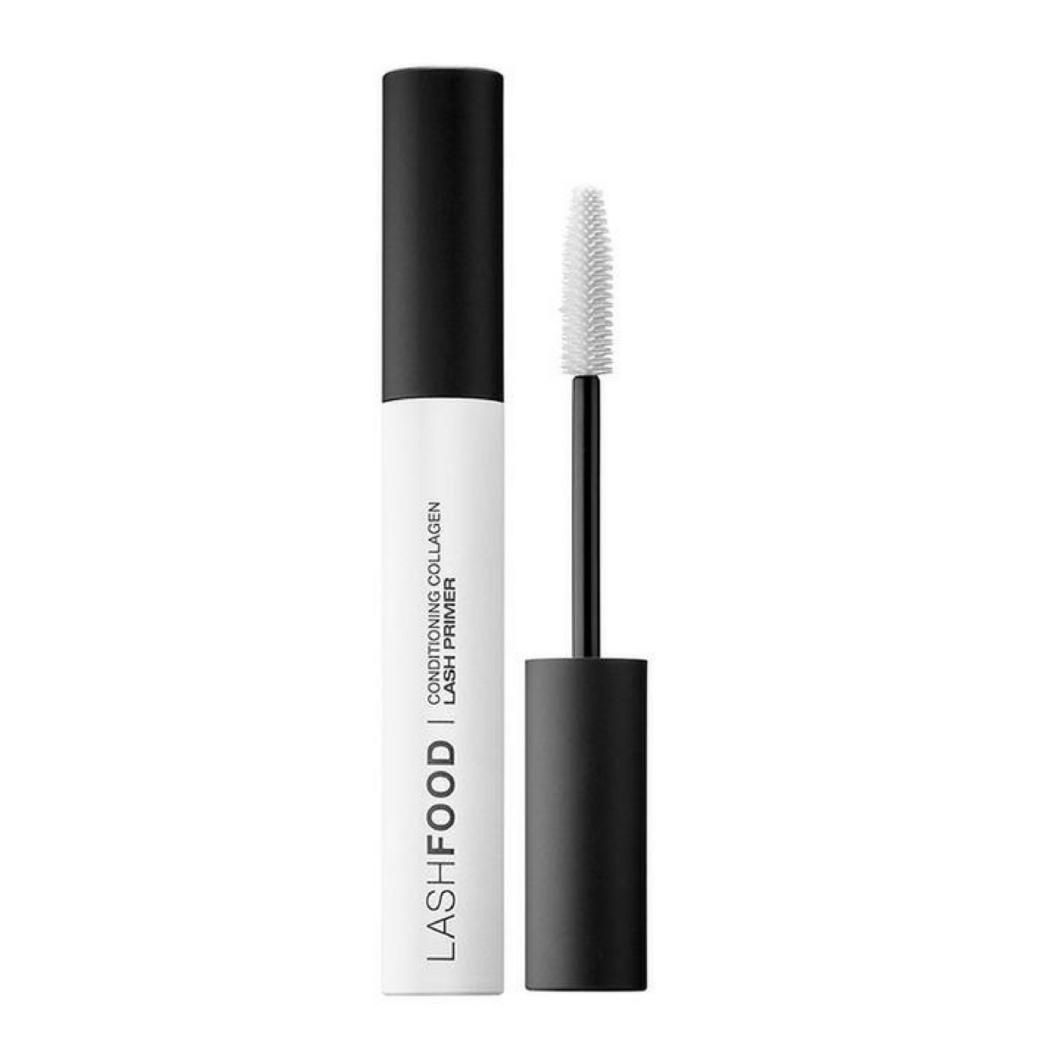 Volume-boosting, nourishing, and sculpting? Sign us up. We particularly like that this primer contains collagen, as it's great for giving lashes that va-va-voom that we're always looking for out of mascara. 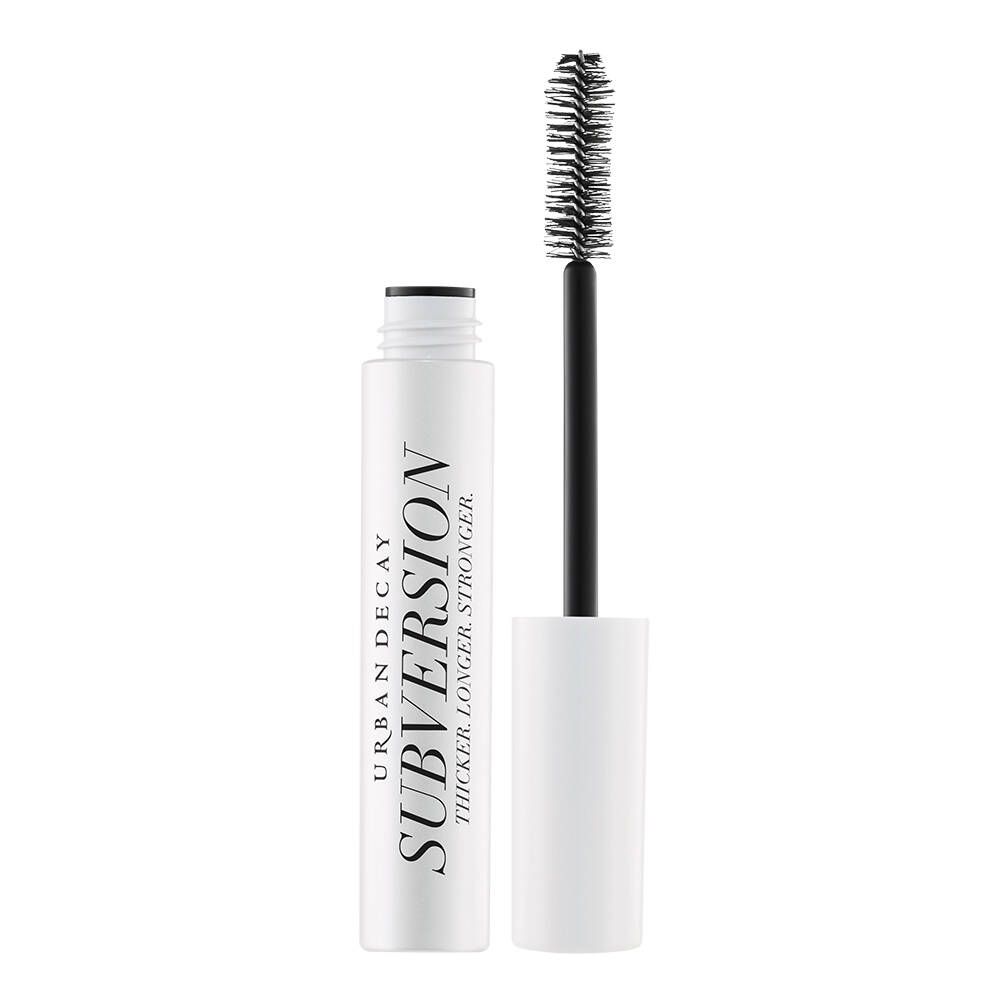 From the people who brought us the Lash Freak Volumizing Mascara ($25) is a primer to take your lashes all the way. If you want the falsie look without the gluey feeling or difficulty of falsies, this is where you should turn. 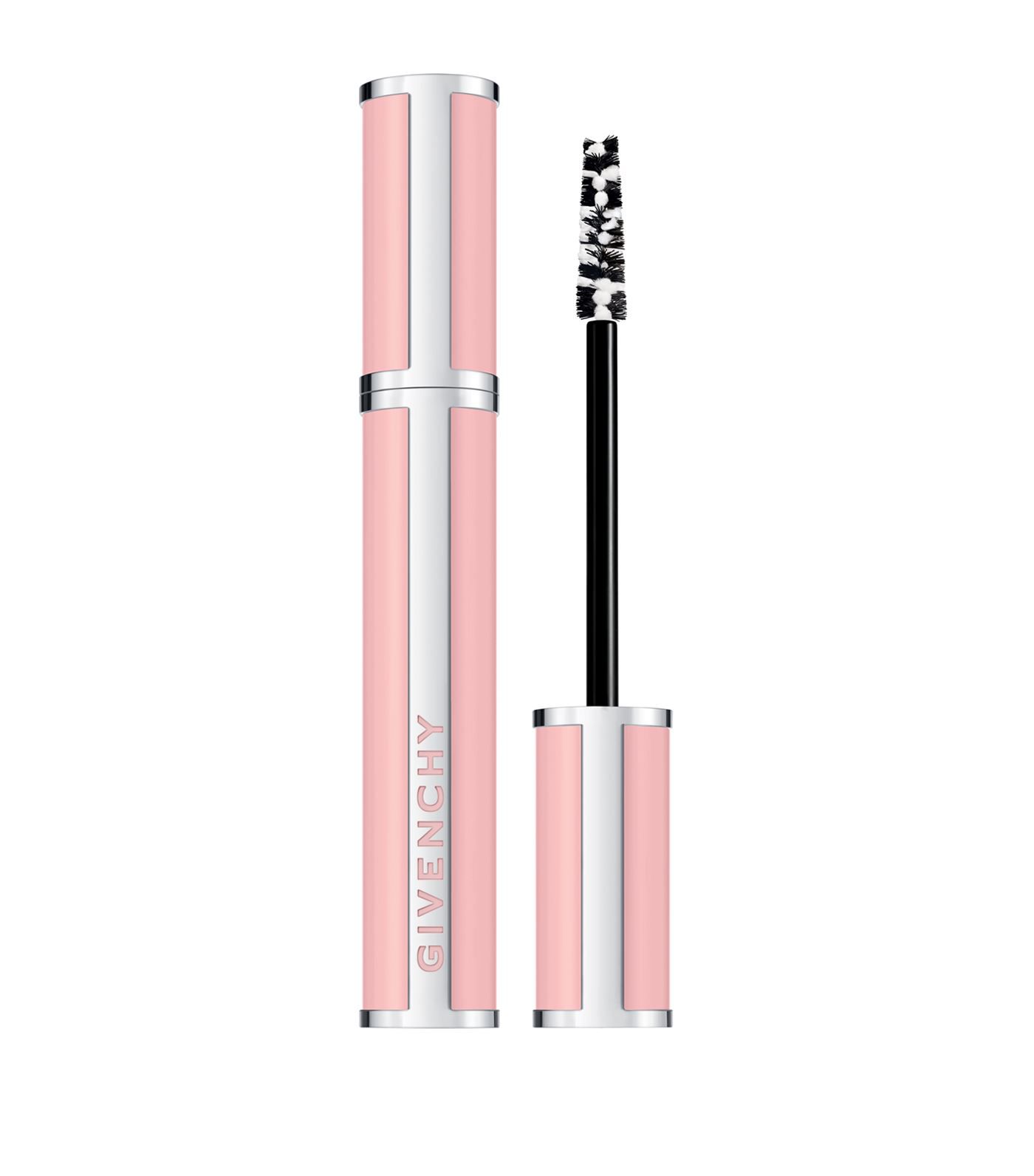 Perfectly fluffy and separating, there's a reason Guerlain's mascara primer is one of the highest rated on Sephora's website. Of course, we wouldn't expect anything less from them—but we were particularly impressed at how light this formula was.

It's Time to Find Your Perfect Mascara Match