Kim Kardashian West is known for her love of neutrals on everything from her clothing to her nails, but that doesn't mean she's into being subtle. She still loves a dramatic beauty look (like the one she wore to the Tom Ford S/S 18 show—a wet-hair look paired with a dark smoky eye). That goes for her highlight too. Even if she has a matte complexion, there's a well-placed highlight on the bridge of her nose, her cheekbones, forehead, and collarbones.

According to Refinery29, she has her makeup artist Mario Dedivanovic and a surprising product to thank for her signature glow. At his latest Master Class, the live makeup tutorial he puts on for attending beauty influencers, brands, and fans, he opened up about his favorite highlighting product to use on his red-carpet clientele. Keep scrolling to see which product it is. 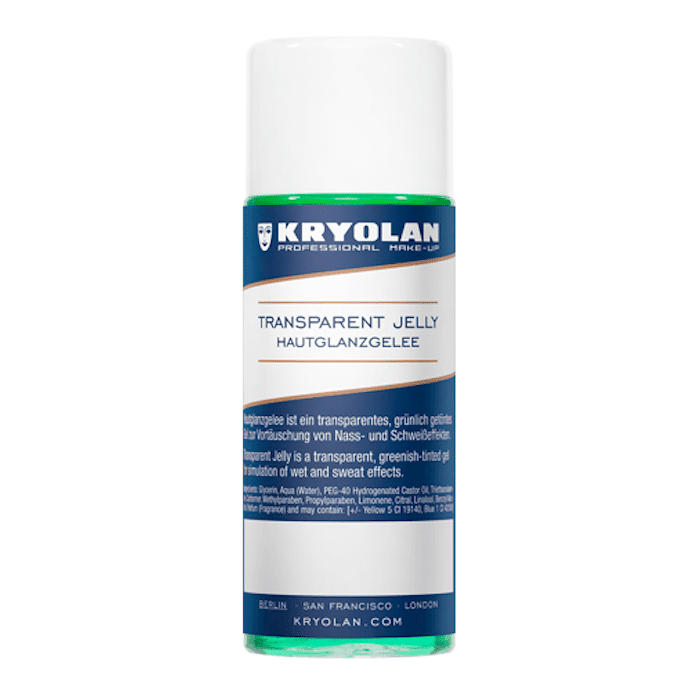 The star product is this Transparent Jelly from Kryolan Professional Make-Up. It's usually used for special effects makeup on movie sets to mimic the quality of sweat and wetness on actor's bodies. However, Dedivanovic saw it's realistic dewy effect and started to use it as a highlighter on his A-list clients. According to him, it photographs beautifully on the red carpet.

"It's my little secret," he said during his Master Class. Here's how it's done. He applies a traditional highlighter first, then picks up a little bit of the transparent jelly on a Beautyblender ($20) and taps it over the top of the highlighter. "That's the kind of glow that looks really beautiful on the red carpet and in photos, because it looks, truly, like it's skin — there's no chunkiness or glitters," he said. "You can still wear your powder highlighter underneath — the gel actually picks up shimmer or metallic from the highlighter underneath, and it still shines through,” he continued.

There you have it; that's the secret to his celeb clients' fresh-faced dewy skin. If you try this hack out for yourself, know that the product appears dark green in the bottle. However, once it's tapped into the skin, it's completely clear (so, in other words, don't panic). The only thing left behind is a transparent, fresh-faced glow.

Head over to Refinery29 to view the full story and then check out the top 10 best highlighters for dewy skin.