Whether or not you've participated in the immersive 2-hour-and-45-minute experience that is watching Once Upon a Time in Hollywood, it's likely you've seen the teaser trailers, photos, advertisements, and internet buzz that has been surrounding it for months. The movie, which is the ninth film by Quentin Tarantino, takes place in Los Angeles in 1969—right when Hollywood was transitioning into a newer, more experimental era. Against this backdrop of somewhat unsettling change, we have an even more unsettling—if not entirely gruesome—storyline: a faltering actor and his stunt double (played by Leonardo DiCaprio and Brad Pitt, respectively) cross paths with Sharon Tate (Margot Robbie).

It's a suspenseful, and at times startling story, especially if you watch it as an audience member who is familiar with the true events the film is based upon—that is, the horrific Manson Family murders. Despite the dark and ever-accelerating narrative, I couldn't help but pick up on particular details, namely the period-specific hair and makeup (I am a beauty writer, after all). And no character was more eye-catching or more iconic than Margot Robbie as Sharon Tate.

Her lashes were long, dark, and wispy. Her skin was glowy, but not shiny, emanating a velvety kind of radiance that's hard to achieve without the use of an Instagram filter. We were dying to know more about the look and the products that created it, so we went right to the source: Heba Thorisdotter, the makeup department head for Once Upon a Time in Hollywood. Keep scrolling to see the exact products she used to create Robbie's Sharon Tate look, as well as learn some surprising behind-the-scenes secrets.

Thorisdottir is a movie makeup expert; she's headed up makeup for various Tarantino projects before (like Kill Bill and Inglourious Basterds), as well as other blockbuster films. She says creating movie makeup is different than creating other kinds of makeup. "For the red carpet, you’re creating a look for the particular actor, which can be anything that lasts for a couple of hours, but not a look, as in films, where we have to do a lot of research, like who the person was, whether it’s a real-life person or not."

"We still have to go into the period and work with the actor as well as the director to see where they want to go with the character. You have to build a [character] arc," she explains. "You have to decide in advance where the beginning, middle, and end of the makeup is."

Thorisdottir says researching the makeup for this time period, and for Tate in particular, was a fun and enlightening task. What some people might initially think was the pinnacle of bold lashes and graphic, Twiggy-esque eyeliner, was actually something much more subtle. "In 1969, specifically, she started embracing a more natural look. She started growing in her eyebrows a little bit, She stopped coloring her hair, both because she was pregnant, as well as fashion-forward. She spent a lot of time in Europe. Woodstock had just happened. She saw how everything was going into the Bohemian lifestyle, which she embraced, I think, in a lot of ways."

The point of Robbie's soft and vivacious makeup in Once Upon a Time in Hollywood, it seems, was a conscious choice. It helped depict Tate as a real, not the distant and ill-fated Hollywood star we tend to think her to be. Her makeup, then, gave the story a renewed sense of tragedy. "For me, I wasn’t creating the iconic look. We were more showing people she was a real person. Luckily, for me, Quentin didn’t want to use any prosthetics or change anything. Margot looks like her in so many ways. It was such a look at the time for Los Angeles, or California, in particular." 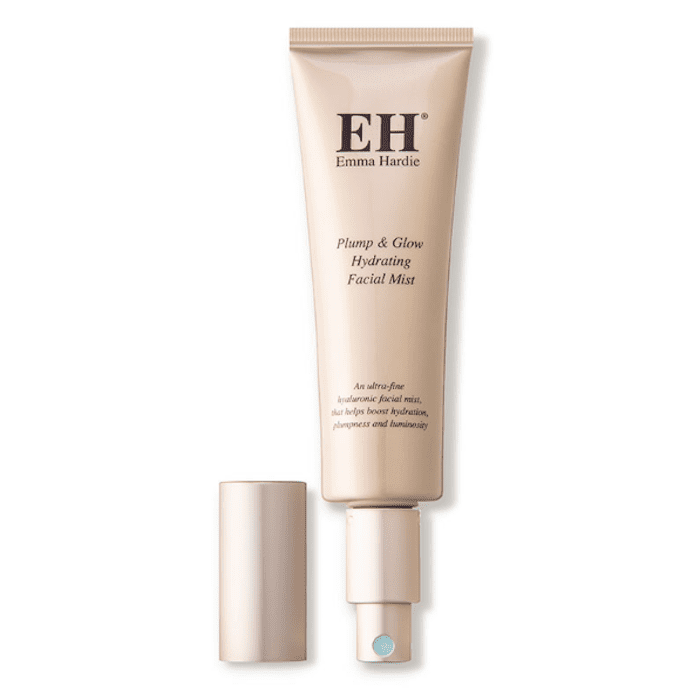 Before filming, Thorisdottir prepped Robbie's skin with products that were mainly from Emma Hardie Skincare; it's a brand that Thorisdottir loves. "Skincare is so important to me. If you have gorgeous skin you can just go in front of the camera almost," she says. First, she would "mist her up a little bit" with Emma Hardie's Pump & Glow Facial Mist ($55). Next, Iconolab's Renewal Oil ($98), which is a rose-infused oil that moisturizes and softens the skin. She would either press that into Robbie's skin or mix a couple of drops into foundation "for a sheer look," depending on the day. "I like to shock the skin," Thorisdottir says. "I don’t want to always do the same thing. I want to feel how the skin is feeling each time."

Depending on how she would use the Iconolab oil, Thorisdottir would then apply Emma Hardie's Midas Touch Face Serum ($72) or Midas Touch Revitalizing Cream ($56), both of which are formulated with anti-aging and brightening vitamin C. Then it was on to lashes. According to Thorisdotter, Robbie was given a very specific lash growth serum to use both before and during filming, in order to accentuate her already long, wispy lashes. 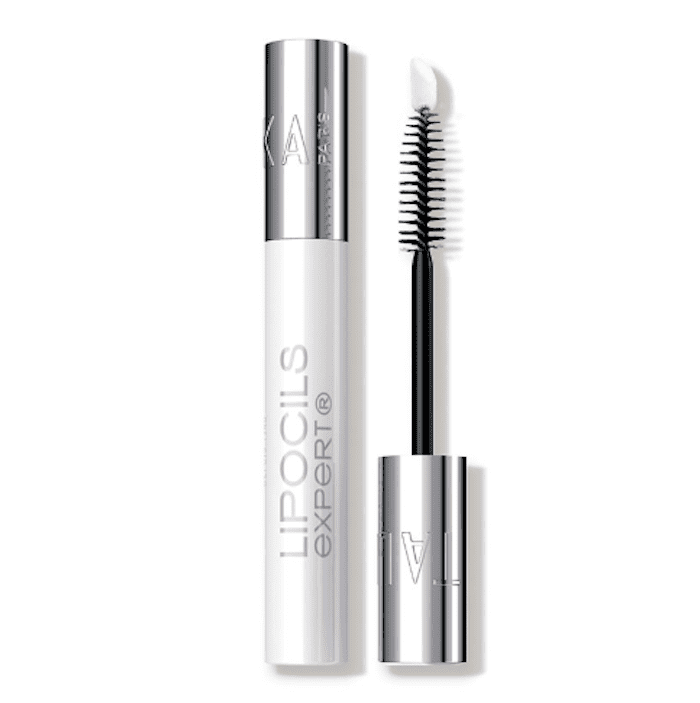 The lash serum was none other than this one, by the French brand Talika. Funnily enough, this is the very same lash serum that I use (make sure to read my full review). It's always validating to know that a professional recommends a product you love—especially when they're recommending it to a celebrity client. "Margot used it at home to make her lashes grow," Thorisdottir says.

"After I prepped her skin, for her more natural look, what we call ‘the Westwood look’—which was when she was wearing the white skirt and the black shirt, and when she’s at home dancing in a striped shirt—, I used Chanel Soleil Tan De Chanel Bronzing Makeup Base ($50). I used it all over. Then I used Hourglass Immaculate Liquid Powder Foundation ($56). It’s a matte foundation, so that allowed me to keep the Chanel Bronzer peeking from underneath—kind of glowing within. I put the matte over it in areas where I didn’t want her so shiny." 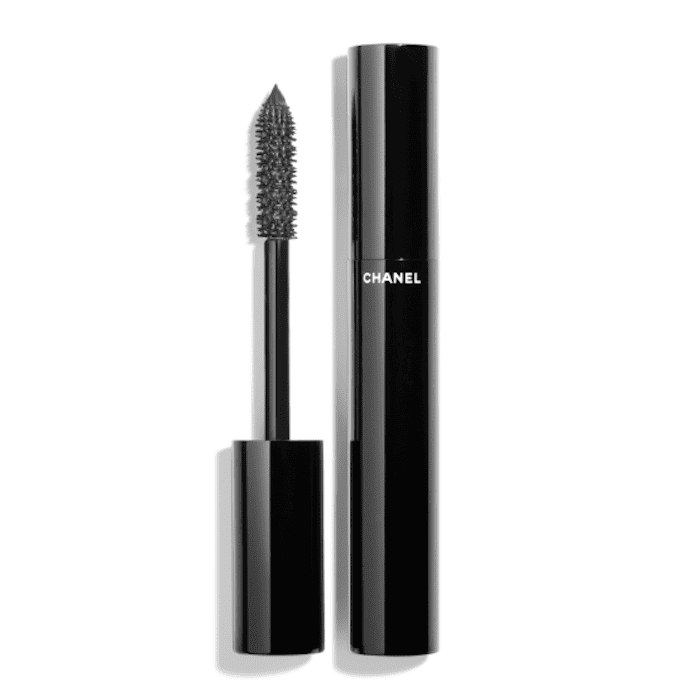 Next it came time for lashes. In the movie, Robbie's lashes are long, wispy, and fairly natural-looking. Some of that was the Talika lash serum; the rest was thanks to a Chanel mascara, which added lightweight volume, and I'm So Picky Individual False Lashes ($8). Thorisdottir added "maybe four on each eye...It just gave us that little extra wisp we wanted in the end. I put them on after mascara."

To frame her long, wispy lashes, Thorisdottir defined Robbie's brows using Tarte's Amazonian Clay Waterproof Brow Mousse ($29). "It is matte and stays on all day." Then, she would brush them up and out with Suqqu's Eyebrow Mascara ($26), which gave them a full and fluffy look. Suqqu is an international beauty brand that can be difficult to buy in stateside. "When I first started using it, they wouldn’t even ship it, so I had to hire an assistant in England to go into Selfridges and buy it and pack it and send it to me in Italy," Thorisdottir laughs.

What many people might not know is that Thorisdottir is in the film, herself. She plays the makeup artist on the fictional film set where Rick Dalton (Leonardo DiCaprio's character) is filming an old Western movie. "Quentin wrote a little part for me. When he asked me to do it, I was flattered and so scared," she laughs. "It taught me a lot about the process that the actors go through in my chair. It’s something you always have to be sensitive of when you get them first thing in the morning—what kind of mood they’re in, if they want to talk, if they just want to run lines. You always have to take the lead from them."

Once Upon a Time in Hollywood is playing in theaters now. Next up, check out which reusable eye patches Drew Barrymore swears by, according to her Instagram.