What is Malic Acid? The Benefits The Side Effects
How to Use It The Best Products With Malic Acid

An apple a day keeps the doctor away…but can it keep the dermatologist away, too? Maybe, when you’re talking about malic acid. An alpha-hydroxy acid derived from, you guessed it, apples, it’s one of the gentler acids out there. Still, just because it has less of a potential for irksome, irritating side effects, doesn’t mean it’s ineffective. Choice for helping to (gently) remove dead, dry skin cells that can leave your complexion dull and lackluster, dermatologists rave about its brightening effects. Here, dermatologist Sapna Palep, MD, of Spring Street Dermatology in New York City, dermatologist Claire Chang, MD, of Union Square Laser Dermatology in New York City, and dermatologist Gary Goldenberg, MD, assistant clinical professor of dermatology, Icahn School of Medicine at Mount Sinai Hospital in New York City, explain exactly how malic acid works and why it’s worth making it a part of your skincare protocol.

MAIN BENEFITS: Exfoliates dead cells on the outermost layer of the skin and promotes cell turnover, leaving skin brighter and more even, and also helping to keep pores unclogged.

WHO SHOULD USE IT: Anyone looking to fade discoloration and/or achieve more radiant skin, as well as those who are acne-prone. It’s also a good choice for those with sensitive skin and for whom other acids may be too irritating.

HOW OFTEN CAN YOU USE IT:  Malic acid can be used once or twice daily, depending on what other ingredients it’s combined with.

WORKS WELL WITH: Other alpha-, as well as beta-hydroxy acids at lower doses for synergistic effects, as well as hydrating ingredients such as glycerin and hyaluronic acid. Palep also likes pairing with vitamin C to boost the brightening benefits.

DON’T USE WITH: Be cautious when using it with other acids, or notoriously harsh or irritating ingredients such as retinoids.

What is Malic Acid?

Malic acid is one specific type of alpha-hydroxy acid—AHA, as the cool kids say— a fruit-derived acid that’s naturally found in apples as well as pears. Like other AHAs, it exfoliates the top, superficial layer of the skin, which in turn does everything from smooth out texture to fade discoloration to help unclog pores. There are a few key points that set it apart from other acids, however. First and foremost, its size. Malic acid is a larger molecule than other alpha hydroxy acids, such as glycolic or lactic acid. “This decreases its penetration into the skin, but [makes it] gentler than its other AHA counterparts,” explains Chang. In other words, if other acids have made your skin freak out in the past, malic acid might be a good alternative. It’s a great AHA to seek out if you have sensitive skin and need a gentle option, says Palep. Admittedly, it's also less effective than other acids because it can't penetrate as deep into skin, which is why it's often combined with other AHAs and BHAs in many topical products. (More on what that means for your skin and how to use those types of products in a moment.)

Malic acid also has the added benefit of acting as a humectant as well, meaning it’s an ingredient that attracts moisture to and traps it in the skin. This added hydration capability, coupled with its larger size and decreased penetration, is what makes malic acid so much gentler than other skincare acids.

Benefits of Malic Acid for Skin

Here’s why malic acid is a worthwhile alpha-hydroxy acid to seek out, especially if you have easily irritated skin.

Side Effects of Malic Acid

While yes, malic acid is notably gentler than other acids, at the end of the day, it’s still an acid. “Any acid can cause inflammation and irritation,” cautions Goldenberg. How it’s formulated—namely what other acids or ingredients it’s combined with—can greatly impact the likelihood of that happening. To that point…

This part can be a bit tricky, because, if you’re after major results, combining malic acid with another AHA such as glycolic or lactic acid is a good move. That being said, particularly if these acids are at higher doses, you risk irritation, says Chang. And that means winding up with redness, peeling, and all those other not-so-fun side effects of stressed out skin. To be extra cautious, or if your skin is super sensitive, seek out products where malic acid is the only active exfoliating ingredient or acid. If you are pairing it with other acids, follow product directions to a T. Also worth noting: All the dermatologists we spoke with agreed that it’s best to avoid using malic acid anywhere around your eyes, given that the thin skin in this area is highly susceptible to irritation. And if you’re going to be using it in the morning, be sure to be extra diligent about following up with sunscreen, cautions Palep, as using any type of exfoliant can make your skin more susceptible to the damaging effects of the sun.

The Best Products With Malic Acid 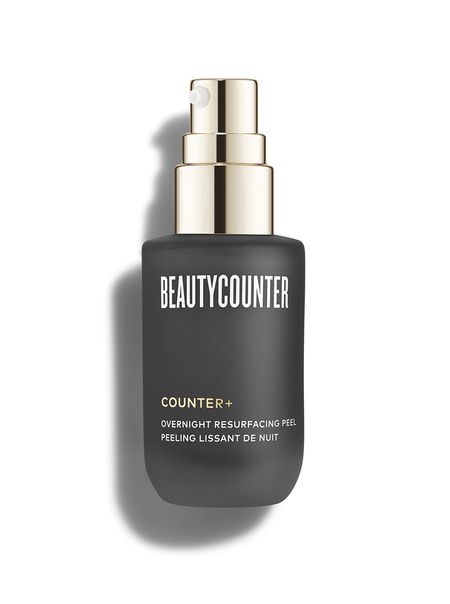 Using a combination of several different acids, “this is a leave-on that produces a minor chemical-peel like result overnight,” says Goldenberg. Malic, glycolic, and botanically-derived lactic acids smooth and soften skin, while soothing arginine and essential fatty acids are meant to thwart the potential for irritation. Just FYI, don't use it more often than every other night. Green beauty queens will also appreciate the squeaky clean formula, free of over 1,800 (yes, you read that correctly) questionable chemicals and ingredients, according to the brand. 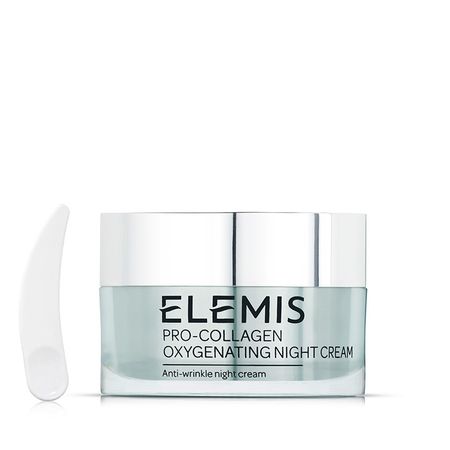 Reap the exfoliating and the hydrating benefits of malic acid in one easy step. “This rich cream contains malic acid along with algae and hydrating ingredients like shea butter to hydrate and brighten the skin,” says Chang. 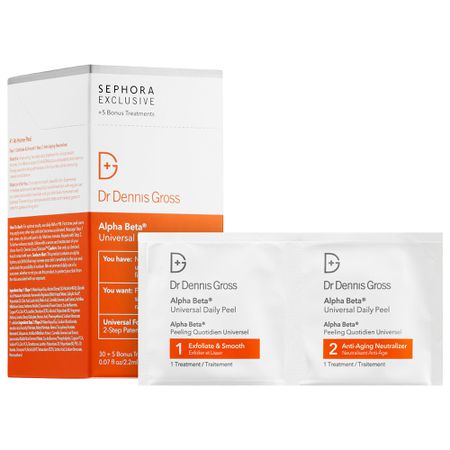 While the super sensitive crowd may want to take a pass on this one, this is a potent rejuvenating and anti-aging product, leaving you with brighter and more youthful skin, Chang tells us. Credit a blend of five different alpha- and beta-hydroxy acids, malic included, along with even more brightening and anti-aging ingredients—resveratrol, vitamin C, and retinol. It's a big-time fan favorite among beauty editors, not only due to the effectiveness but also for the ease of use; all you have to do is swipe the pads (it's a two-step process) across your skin. Still, Chang advises that those with sensitive skin do a test spot before using it on the whole face for the first time, just to be safe. 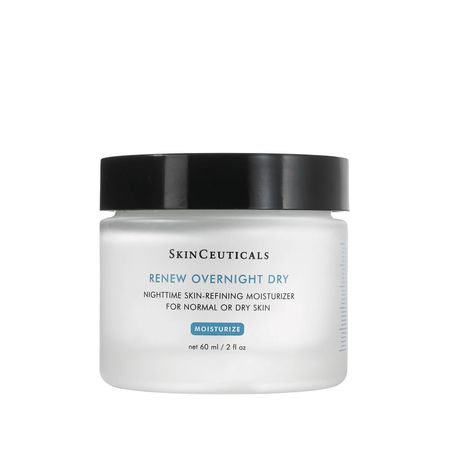 Chang calls this night cream, “powerful yet gentle,” thanks to the combo of AHAs it delivers, including malic, lactic, and glycolic. “These AHAs will exfoliate away dead skin cells while still leaving the skin hydrated and radiant, and it also contains aloe vera and chamomile to soothe irritation,” she explains. 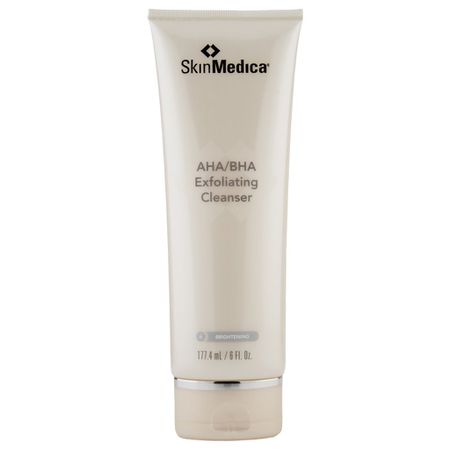 “This can be helpful for those aiming to address a dull complexion or acne-prone skin,” says Chang. A combination of both alpha- and beta-hydroxy acids, including, you guessed it, malic acid, helps remove impurities from the skin, de-clogs pores, and reduces inflammation to boot. 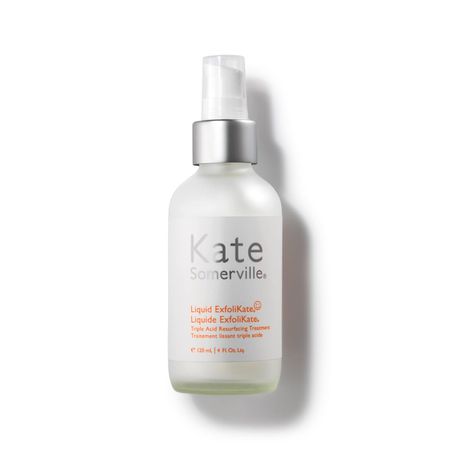 “I like this because it contains three acids, including malic, to gently exfoliate skin overnight,” says Palep. “It’s also convenient to use since you can leave it on all night and simply rinse it off in the morning to reveal glowing skin.” Various fruit enzymes offer additional exfoliation, but it also touts honey and peptides to soothe any potential irritation.

Why Salicylic Acid Is Recommended For Clear Skin Too
Article Sources
Byrdie takes every opportunity to use high-quality sources, including peer-reviewed studies, to support the facts within our articles. Read our editorial guidelines to learn more about how we keep our content accurate, reliable and trustworthy.