A Celebrity Hairstylist Gave Me the Most Epic Curls—Here's How

From the first moment I ever laid eyes on Sandy Olsson (played by the fabulous Olivia Newton-John) in the 1978 film rendition of Grease, I've wanted, dreamed about, and unsuccessfully begged the hair gods for a head of curls that could make Diana Ross jealous. A big ask, mind you, considering my strands are about as thin, fine, and lank as they come. Truly, it's been a sore spot for years. Eventually, I gave up completely. Straight and smooth has become my signature, and while my now healthier, less-fried hair has recently developed some natural bend and wave that I very much like, major curls fit for the polished floors of Studio 54 have never been in my hand of cards. Or at least, not until celebrity beauty guru and co-founder of The Glam App Joey Maalouf gave me the most epic curls of my life a few weeks back.

Rewind to roughly one month ago during one of our weekly editorial meetings when the topic of hair came up. Our amazing co-founder Hillary Kerr was in the room and mentioned curls. More specifically, big, voluminous, statement-making curls. You know, the kind we see and lust after on the red carpet à la Rihanna or Kate Moss but are simultaneously intimidated by if we're not blessed with any kind of natural texture. Rather quickly and excitedly, an idea was proposed that an editor with non-curly and rather impotent strands would play guinea pig to makeup and hair wizard Maalouf, test-driving the Major Curl styling option available on The Glam App.

Thus, just a few weeks later, I found myself (somewhat skeptically, if I'm being honest) sitting in front of Maalouf at our L.A. office offering up my sad, straight head of hair to his magical hands. The goal: to completely transform my long, stick-straight locks and to disprove the common belief that lank hair can't hold a curl or attain the voluminous coils we admire on so many of our favorite celebrities. Spoiler: He completely succeeded. I was completely transformed, and, brace yourself, he only used two products. Intrigued?! Excited?! Disbelieving?!

Keep reading for the astounding before and after photos, Maalouf's best tips, and tricks, and of course, the necessary tools and equipment you'll need to try the look out for yourself.

As Maalouf had instructed me prior via email, I came into the office that Thursday with freshly washed hair (or at least freshly washed as of the night before) with zero product in it. Normally, he told me, he'd start with wet hair, but since that would be difficult in a non-salon setting like the office, he'd simply spray my hair down to dampen it with water before getting to work.

Of course, when I arrived, I expected to find a literal armoire bursting with products to create the look I was still unsure he'd be able to create on my typically incapable strands, so I was 100% dumbstruck when he simply laid two products on the table—a tiny titanium curling wand I had never seen before and mousse. Technically, there was also a wide-tooth comb involved, but that was because I showed up with tangled AF hair and it needed to be combed out prior to styling.

Overall, I couldn't believe how simple and effortless Maalouf's process was. From start to finish, the look took about 45 minutes. Although, it would probably take a tad longer for someone like me who lacks Maalouf's amazing skill set. Still, I was in disbelief at the attainability of such a glamorous and transformational look.

After using a spray bottle to dampen my hair, Maalouf used just one product: a large golf-ball-size dollop of mousse, which he thoroughly worked into my hair until every last strand was evenly coated. After the mousse was applied and Maalouf used a hair dryer to blast my strands (which further enhances and activates the body-boosting benefits of the mousse), he set to work with one of the smallest curling rods I'd ever laid eyes on. Starting on the bottom layers of my hair, (and with Beyoncé blasting), he began taking small sections of my hair and curling.

Maalouf didn't use a glove, but if you're not as used to working with a curling iron, he recommends definitely doing so since you'll be wrapping the ends around the hot iron. Unlike, say, beachy waves where the ends are purposely left out. With each layer of hair, moving upward to my crown, Maalouf alternated the direction of the curl until he reached the pieces around my face, which need to be curled out and away in order to avoid looking overly precious or reminiscent of Shirley Temple—not the vibe we were going for here.

After the curling was finished, Maalouf, using both comb and fingers, began brushing out the curls. He recommends brushing and fussing your strands until you get the coil and volume to a size and ration you like, and then to completely stop messing with it. That is, try not to touch! As the day or night wears on, the curls will continue to fall in a soft, subtle, and ultra-flattering way while still offering plenty of va-va-voom payoff.

Even though he said you could, theoretically, use hair spray at the end to set everything in place, the initial mousse provides enough long-lasting oomph and hold to keep the curls set, and honestly, the fewer products involved, the better. Plus, as mentioned, with just the mousse, the curls will naturally fall in a subtle and pretty way as the day or night wears on while still maintaining that overall wow factor.

Ready for the mega-watt curls of your dreams? Keep scrolling for the exact products and tools Maalouf used to create my amazing major-curl hair moment. 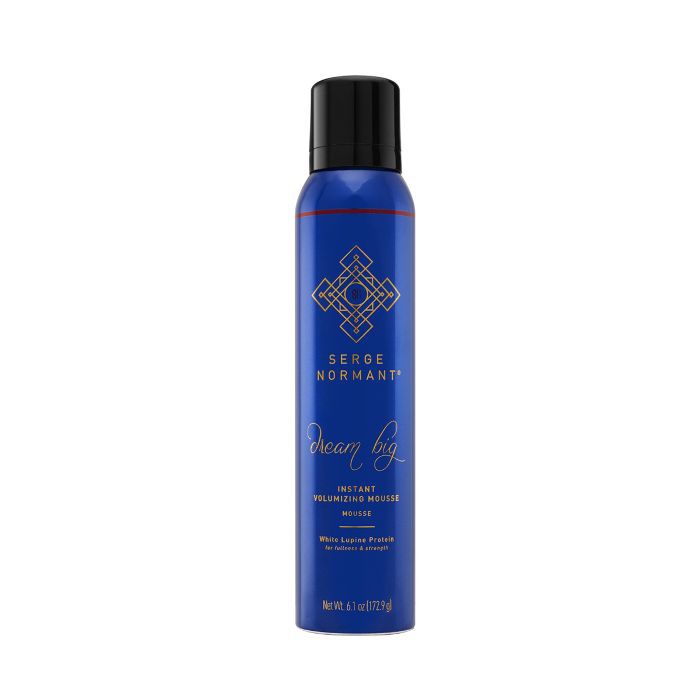 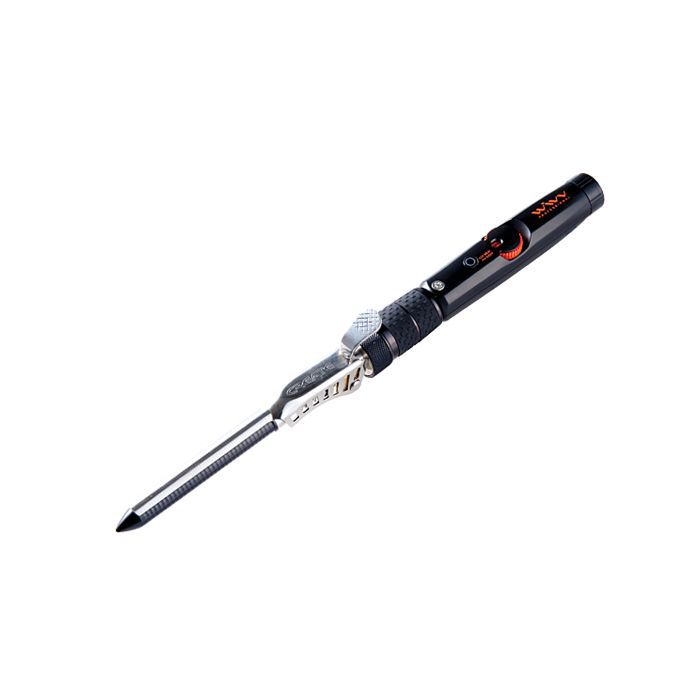 Next up: My Hair Is Fine and Wavy, and These 21 Products Make It Look So Much Better