I Got Madonna's Pre-Met Gala Facial, and the Products Alone Cost $1030

What Is an MDNA Facial? Benefits of the MDNA Line What To Expect from the MDNA Facial
Side Effects The Final Takeaway

Other than the one time we breathed the same air, Madonna and I don’t have many things in common. She’s one of the most iconic pop music figures in history; I’m still on my ex-boyfriend’s Spotify plan. She has a facialist at her beck and call; I still wail “whyyyyyyyyy?” into the mirror every time I get the smallest sign of a breakout.

One morning in 2018, however, I felt especially connected to Madge in a way I hadn't since first singing “Like a Prayer” at karaoke when I was 12. This was due to the fact that her esthetician Tarin Graham came to our offices to give me the signature MDNA SKIN facial—the exact one she would be giving Madonna shortly before she arrived at the Met Gala red carpet just a few hours later. My skin was beat, incomplete, been had, sad, and blue, but afterward, Tarin’s hands made me feel shiny and new.

Keep scrolling to read about the MDNA facial that made my skin feel like it was touched for the very first time (I’ll stop now).

What Is an MDNA Facial?

The main thing to know about the MDNA line is what sets it apart from other skincare lines. "The hero ingredient common in the entire line is our 'holy water'-coined M.T. Parca, [an ingredient] derived exclusively from the thermal volcanic waters from Montecatini, Italy which has been known for its therapeutic benefits for hundreds of years," says Paul Jarrod Frank, MD, a cosmetic dermatologist who helped formulate the line and the chief medical officer and founder of PFRANKMD (he also authored The Pro-Aging Playbook.)

The facial that I received utilized a slew of products containing the miracle ingredient, including a rich mask, serum, and cream. More on those specifics, below.

Benefits of the MDNA Line

As Frank notes, the line is formulated to have therapeutic benefits, but it also targets specific skin concerns. The most innovative of all of the products, he says, is the magnetic clay mask. "The mask itself is derived from the volcanic clay from Montecatini," says Frank. "Its metallic floss allows for seamless removal with the magnetic wand, leaving the thermal water serum on the skin and the impurities removed. The wand also features deep derma technologies, which utilizes electric current to enhance the penetration of the serum left on the face."

What To Expect from the MDNA Facial

The first step in Madonna’s favorite facial involves using her line’s signature set, the Rejuvenator Set. Graham spread the Chrome Clay Mask ($220) over my face not unlike a baker frosting a cake. This part was incredibly soothing and satisfying in an ASMR type of way. 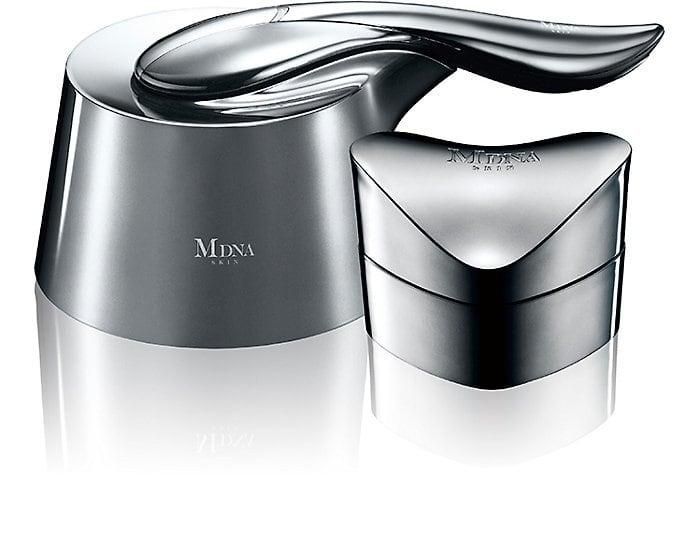 The second part is probably the most fascinating to watch (and feel). The mask is made with clay particles that have a magnetic coating, which allows it to be sucked up when you wave the Skin Rejuvenator over it. Supposedly the dirt and gunk in your pores get sucked up along with the magnetic particles while the nourishing ingredients in the mask are left behind.

Next, Graham took the MDNA SKIN the Reinvention Cream and smoothed it all over my skin using the other end of the wand, which—surprise!—vibrates. This supposedly allows for better absorption, but, at the very least, made it feel like my jawline and cheekbones were being sculpted and toned. 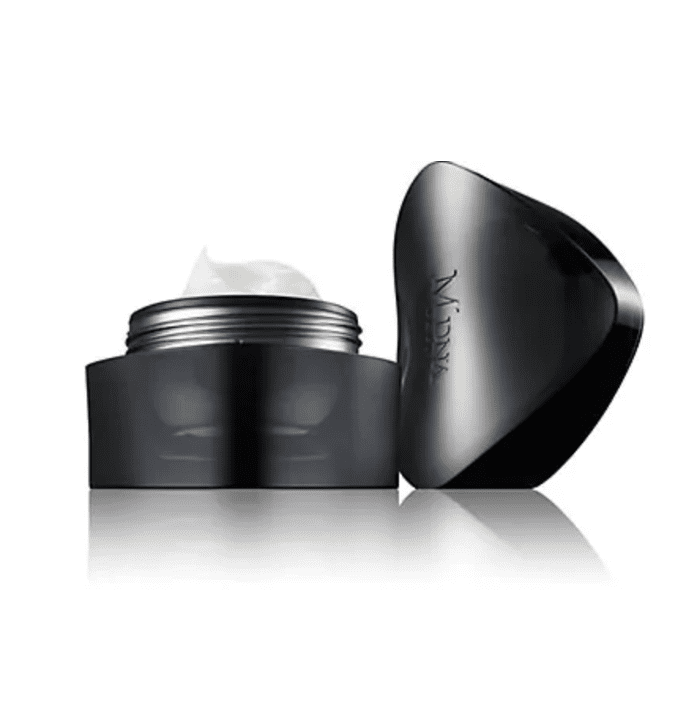 As the final step of the express facial, Graham dabbed the MDNA SKIN eye serum around my brow bone and below my eyes. The serum is made with the patented thermal water found in all of the MDNA SKIN products along with hyaluronic acid and biosaccharide to plump up fine lines. 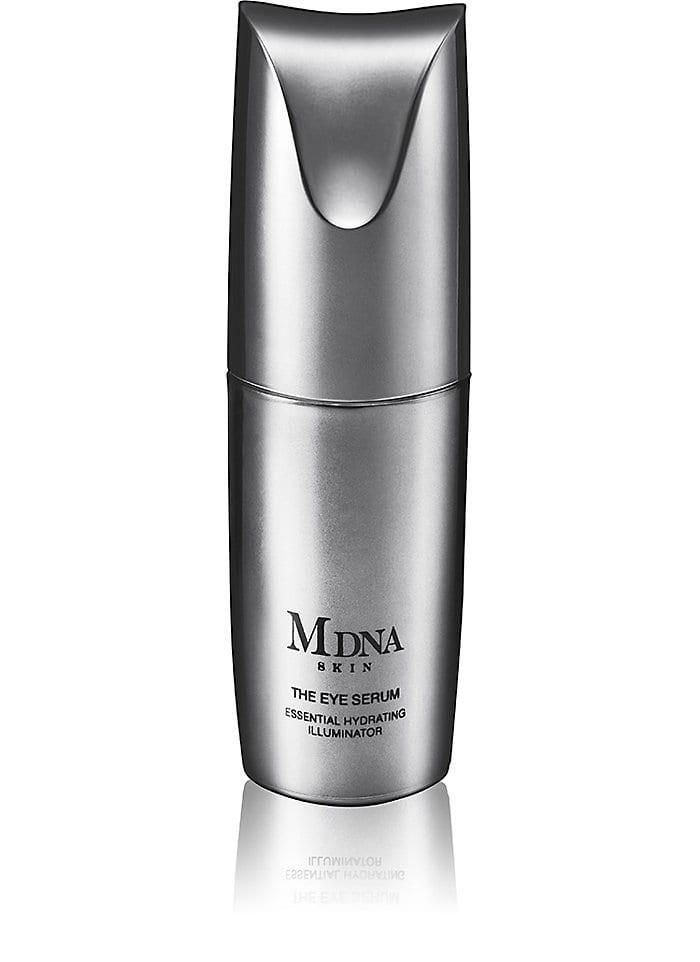 According to Frank, the products can be used on all skin types and won't cause any unwanted after-effects, noting the line works for all skin types.

The facial took less than 30 minutes, and afterward, I couldn’t believe how dewy and glowing my skin looked. “I like my skin to glow like I just got out of the shower,” Graham said, and I couldn’t agree more. The clay mask definitely leaves a bit of a film behind, so if you prefer a matte finish, this isn’t the ritual for you (but blotting your face a bit with some tissue takes care of the excess shine quickly). I’m not sure if my skin felt necessarily cleaner (my blackheads seemed just as prominent as ever), but it certainly looked brighter and more nourished—or lit, in millennial speak.

You might have noticed that Madonna’s skincare products aren’t exactly wallet-friendly. In fact, all the products Graham used on me ring in over $1,000 combined, which is an extravagant number, to put it lightly. But if you have the funds or are looking for something to splurge on, the Rejuvenator Set will certainly give you noticeable results. And if you consider that a facial can set you back upward of a $100 and you'll get at least six uses out of the mask, it evens out in a way(ish).

Price regardless, I enjoy picturing Madonna going through the very unglamorous act of getting magnetic particles sucked from her face in the name of better skin. Icons: They're (sort of) just like us.

Watch the video below to see me review the entire set.

Miranda Kerr on the Healing and Protective Powers of Crystals